I enjoyed the heck out of this collection of famous first lines from classic novels, diagrammed by the Reed-Kellogg method.   And that link wound up leading me down a very enjoyable rabbit hole on the history of linguistics and sentence diagramming.

Perhaps this is the appropriate time to mention that, when I was in high school, I wanted to start a nerdy band called The Strict Grammarians that would sing pop-y love songs that were really just excuses to make grammar jokes.  Our first album cover (assuming the band ever had more people than me) would have looked something like this: 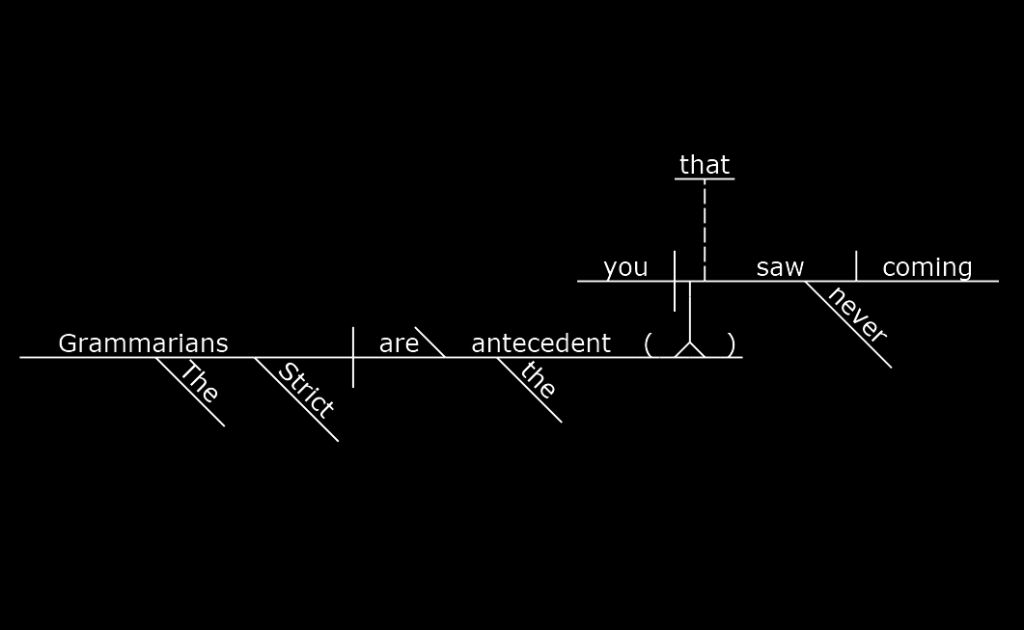 That’s, as best I could get it into the parser (which only takes complete sentences), The Strict Grammarians: The Antecedent You Never Saw Coming.

“The Antecedent You Never Saw Coming” was the title of our hypothetical first single (about a person who mistakenly thinks the object of her affection is describing her).  Also on the album would have been hits like “I Wish Her Love For Me Were in the Indicative Mood” and “I’m Going to Miss the First Person Plural.”

Also from the annals of the enchantingly nerdy, the Jewish Standard twitter feed turned up this image of what they deemed a “Sierpinskitaschen.” 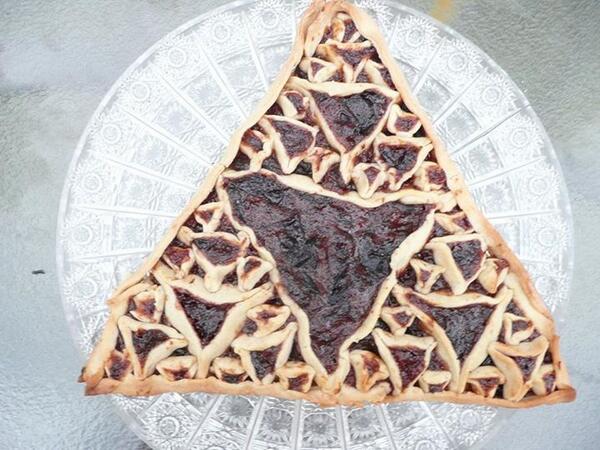 But if you’d like to swing back toward the language and literature range of the geeky spectrum, perhaps you’d like to browse 15-year-old Jane Austen’s History of England. (h/t Kate Beaton)

I cannot say much for this Monarch’s sense. Nor would I if I could, for he was a Lancastrian. I suppose you know all about the Wars between him & the Duke of York who was of the right side; if you do not, you had better read some other History, for I shall not be very diffuse in this, meaning by it only to vent my Spleen against, & shew my Hatred to all those people whose parties or principles do not suit with mine, & not to give information. This King married Margaret of Anjou, a Woman whose distresses & misfortunes were so great as almost to make me who hate her, pity her. It was in this reign that Joan of Arc lived & made such a row among the English. They should not have burnt her – but they did.

And my perennial favorite, Max Gladstone, has an essay on the structure of fairy tales, viewed through the lens of… Die Hard.

Tolkien says myths and legends are about superhuman figures (gods and demigods respectively), while fairy stories tell of human beings who encounter magic.  A few weeks ago, I wrote about kingship, psychology, and the Wolf of Wall Street—and debate in the comments expanded to the question of how the psychological and narrative symbol of monarchy was endorsed by, and endorsed in turn, actual monarchy.  To carry forward a thread from that discussion: the hero of the standard Campbell myth is privileged.  His job—his hereditary job—is to repair the world.  He is safe when he descends into the underworld to reclaim fire, because that’s what he’s supposed to do.  It’s almost as if fire was stolen in the first place so the hero would have something to descend and reclaim!  Rising from the grave, fire in hand, the hero fixes the problems of his world, and ushers in a New Order.

But the fairy tales I know don’t tend to have such explicitly “positive” endings (if we want to call the ascension of the Year King and inauguration of a New Order positive—depends on the king, I guess).  You can turn Hansel and Gretel into an Underworld Journey story, but the kids bring nothing out of the forest save one another.  Little Red Riding Hood straight up dies in many old versions of her tale.  The bride in Mr Fox escapes with her life.  One of the early Goldilocks versions ends with Goldilocks impaled on the steeple of St Paul’s, which, ow.

Contact with magic in an initiation myth may be terrifying and bloody, but it leads to power, grace, and a cool new sword.  Level up!  Contact with magic in fairy tales, on the other hand, does not necessarily ennoble.  There are Cinderellas, sure, but just as often survivors escape with nothing but their own skin and the knowledge they almost lost it.  To use a framework I’ve employed earlier—myths are badass.  Fairy tales are hard core.

Meanwhile, Sarah of A Queer Calling used the language of fantasy and Harry Potter as a lens to talk about her struggles with bulimia as part of National Eating Disorders Awareness Week.

Confronting the Mirror has never been straightforward or simple, and even after years of practice I’m not always sure of how to acknowledge its reflection healthily and realistically. Now when I peer into its glass I try asking myself, “Is this an ordered desire or a disordered desire? Are there healthier ways to manage it?” Sometimes, I can glance at the Mirror’s reflection, accept it as it is, and continue with life as usual. Other times, the gears begin turning inside my head and before I know it, I’m in the midst of a brawl with a voice that whispers, “I can make you feel powerful. I can provide you with safety, calmness, assurance, confidence, anything you want.” Maybe this incessant struggle with the Mirror of Erised is to be expected. But perhaps one day, God will grant me the grace to view its reflection and see only Him.

And Eve Tushnet had more great writing on hard topics in “5 Things the Disease Model Gets Wrong About Addiction.”

It isn’t mercy. If someone genuinely did not choose to do wrong then compassion for that person isn’t mercy—it’s justice. And conversely, if you can only have compassion on someone if you believe she did not choose her misdeeds, then you’ve defined mercy out of existence. You’re not forgiving—you’re saying there was never anything to forgive.

And I think this narrative, in which addiction destroys the will, exists precisely because we don’t trust others to have mercy on us or on those we love. A lot of people get jumpy when conservatives start talking about “personal responsibility” not because they think it’s awesome to be a self-centered overgrown infant, but because they think “personal responsibility” is code for a) conflating all forms of personal failure—mistakes, bad luck, a bad hand dealt at birth, inability to overcome massive societal injustice, misunderstandings, petty idiocy, and grave sin; and then b) punishing personal failure with contempt and cruelty. 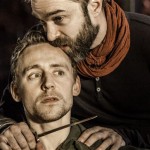 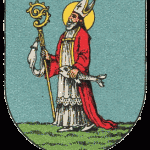 March 2, 2014 Looking toward Lent with St. Ulrich
Recent Comments
5 Comments | Leave a Comment
"Jesus wasn’t resurrected as a great miracle simply in order to convince people to believe ..."
John The Two-Lazarus Problem
"The cartoon is amusing, but flawed. One of the four virtues of Stoicism is Justice; ..."
Vulpes Inculta 7QT: Stoicism Man, Semi-Imaginary Money, and ..."
"Do You Know what isn't Fair? Calling Atheism a Religion. Or saying Dawkins is a ..."
skwills Who Gets to Give the Courtier’s ..."
"Oh! And you can get there via Naval Gazing.(probably not by Navel Gazing...)"
TheSparksFlyUpward Too Sucky To Be True
Browse Our Archives
get the latest from
Catholic
Sign up for our newsletter
POPULAR AT PATHEOS Catholic
1