The Cost of Fetishizing Marriage

PEG has a great essay up on the odd way our culture has settled into talking about marriage:

But the problem is that [“marriage is awesome“] is an inversion of the Biblical theology of marriage. The root is Protestant. In his urge to torch his own vows, Luther built an exalted theology of marriage as the summit of Christian life (completely ignoring Paul, #solascriptura). The Protestant communities, separated from the apostolic Church, lost the great gift of the Holy Spirit of celibate life and the theology of celibacy.

And Biblical Revelation teaches us that the supreme act of creative self-giving is the Cross.

We see, then, how we are invited to take up our Cross and follow Christ.

If we see vocation as a call to creative self-giving, we see that marriage and celibacy are two sides of the same coin.

Placing marriage as the telos of adult life, and the fullest relationship we will experience prompts us to neglect other opportunities for service and intimacy.  Treating marriage as a relationship set apart prevents us from easily translating the same lessons we learn in love of friend or family into the partnership we’ve learned to treat as sui generis.

This connected for me immediately with a theme Eve Tushnet has hit in a couple essays, but particularly this book review at Acculturated:

But the women in Promises I Can Keep: Why Poor Women Put Motherhood before Marriage, as the title suggests, are not narcissists or individualists. They believe in family obligations and self-sacrifice for their children. They hold marriage in extremely high regard—even too high regard, viewing it as something you can only have once you have already achieved most of your other life goals, such as economic stability. They do not need to be convinced that marriage is good. They simply believe it is irresponsible to marry before you’re economically stable, and both irresponsible and tragic to wait too long to have children. The combination of these two beliefs plus their own precarious economic situations produces a community in which marriage is an endlessly receding horizon, always tantalizingly out of reach.

It would be bizarre to say, “I’m not ready for friendship — I’m not prepared to make that kind of commitment to someone” but it seems perfectly natural to prorogue marriage (or the kind of serious dating that could lead to marriage) because we’re not sure enough of our self to be able to offer it to someone.

I’d disagree with PEG a little, and say we still view marriage as self-gift, but that we expect the self that we give to be well-polished and complete–not the kind of self that would require sacrifice on the part of our partner or impose on zer life.  We don’t see a way that any gift worthy of the name could also be a constraint or a burden.

The solution isn’t just, a la George Costanza, reversing our current errors.  What I like to do is compare and contrast friend-love and romantic-love often, to see how I can steal the best parts of each to lead me into agape in either kind of relationship.  Sex aside, almost nothing good in one kind of relationship is off limits in the other, so we should be suspicious of paeans to one kind of love that, by putting it on a pedestal, distance it from all the other loves we live. 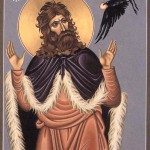 February 24, 2014
The Consolation within Desolation [Pope Francis Bookclub]
Next Post 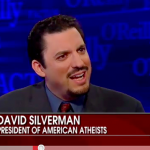 February 26, 2014 No Room for Atheists at the Conservative Inn
Recent Comments
0 | Leave a Comment
Browse Our Archives
Follow Us!