Everyone’s still talking about the data journalism sites Vox, FiveThirtyEight, and the Upshot, but the most adorable statistics reporting I’ve seen turned up on FlowingData, in an article putting together statistics and graphs on his six-month old son.

Below is the graph of how far he strayed from his house, before and after his baby’s birth, and there are plenty more fun graphs at the link. 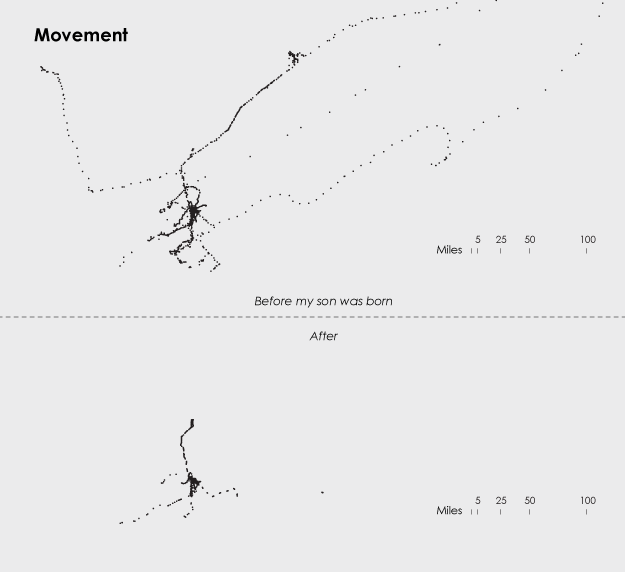 Speaking of the power of statistics, I totally need this poster for my room, right? 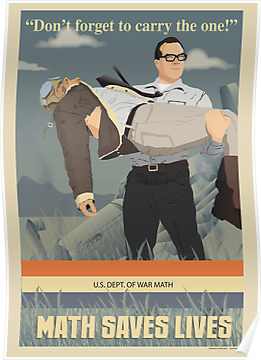 Math with Bad Drawings continues to be excellent.  In a recent post,“The Calculus of History,” Ben does a lovely job analogizing concepts in calculus to perspectives on history.  To wit:

Or imagine history as an infinite series. Each day adds a new term to the massive sum that precedes it. The question arises: Does history converge? Are we inching, year by year, towards some fixed destination? Will history roll slowly to a stop? Or will it diverge—oscillating between two extremes, or perhaps cascading slowly out of control, millennium after millennium? Will the decades ultimately add up to something unrecognizable?

And while we’re discussing ways to reframe stories, a link I found through Max Gladstone turned out to have an interesting distinction to draw between common narrative tropes in the West (driven by conflict) and some story structures of the East (driven by contrast).

Kishōtenketsu contains four acts: introduction, development, twist and reconciliation. The basics of the story—characters, setting, etc.—are established in the first act and developed in the second. No major changes occur until the third act, in which a new, often surprising element is introduced. The third act is the core of the plot, and it may be thought of as a kind of structural non sequitur. The fourth act draws a conclusion from the contrast between the first two “straight” acts and the disconnected third, thereby reconciling them into a coherent whole. Kishōtenketsu is probably best known to Westerners as the structure of Japanese yonkoma (four-panel) manga; and, with this in mind, our artist has kindly provided a simple comic to illustrate the concept.

The way the post illustrates these arcs is very clever.

And while we’re talking about cultures in translation, Dara Lind of Vox had a great interview with Gabriel Garcia Marquez’s translator:

Vox: Were there any of his works that you wished you had been the translator for, or that you caught yourself translating as you read?

Rabassa: I’m essentially lazy, and I’m glad someone else did them. But that is a terrible drawback for a translator who wants to sit down and have a good read. All of a sudden you start translating a phrase here, a phrase there. It slows you down. You have to separate the language. If I’m reading French, I want to read French, and not an English translation, as I go along. And if I’m reading an English translation, I’d rather just read the translation. (Translating while reading) is just too damn pedantic.

Vox: But you’ve said that you can see the original language ‘”lurking behind” a translation.

Rabassa: I can feel it sometimes. I can’t put my finger on it, but I feel that if you translate a phrase into English from Spanish, it’s different from what the phrase would be in Spanish. Grammar may be an influence, part of this. Spanish grammar, in English, it might sound a little archaic.

That’s actually my mythical project that I want to do, is translate One Hundred Years into Virgilian pentameter and make it a Latin epic. That’s what Borges would like.

And speaking of disorienting acts of translation, Gizmodo has an interesting feature on how LED streetlights are changing the aesthetics of Los Angeles.

I’ve only just started following Gruntled and Hinged, and I’ve already been repaid by this post on proprioception.

Anyways, the question was, it seems like perception of your body size being inaccurate would result in an eating disorder symptoms…except that thus far, we’d not determined a causal connection. BUT, what if we could make people perceive their body incorrectly?  If we could make them think their body was larger or smaller than they thought, would we see a measurable increase or decrease in eating disorder pathology? Okay, but how do we do this? 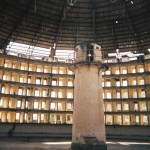 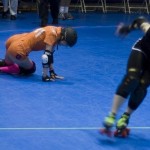 April 26, 2014 Good Failures and Bad Fixes
Recent Comments
4 Comments | Leave a Comment
Browse Our Archives
get the latest from
Catholic
Sign up for our newsletter
POPULAR AT PATHEOS Catholic
1