The Last Enemy to be Destroyed is Death 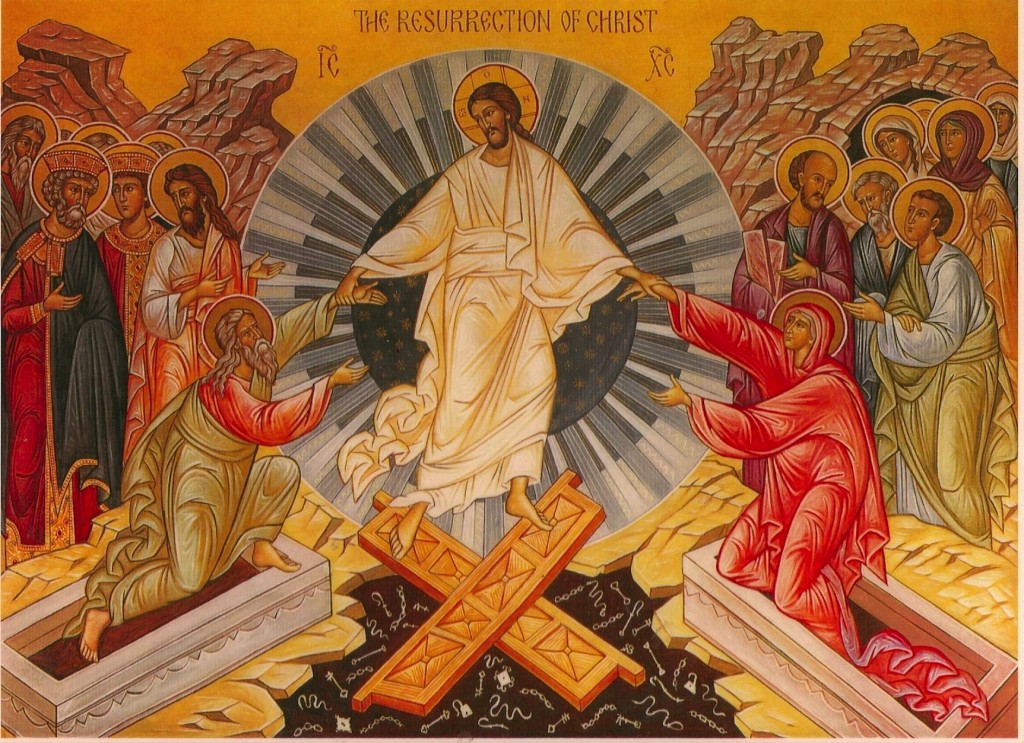 Truly he goes to seek out our first parent like a lost sheep; he wishes to visit those who sit in darkness and in the shadow of death. He goes to free the prisoner Adam and his fellow-prisoner Eve from their pains, he who is God, and Adam’s son.

The Lord goes in to them holding his victorious weapon, his cross. When Adam, the first created man, sees him, he strikes his breast in terror and calls out to all: ‘My Lord be with you all.’ And Christ in reply says to Adam: ‘And with your spirit.’ And grasping his hand he raises him up, saying: ‘Awake, O sleeper, and arise from the dead, and Christ shall give you light.

‘I am your God, who for your sake became your son, who for you and your descendants now speak and command with authority those in prison: Come forth, and those in darkness: Have light, and those who sleep: Rise.

‘I command you: Awake, sleeper, I have not made you to be held a prisoner in the underworld. Arise from the dead; I am the life of the dead. Arise, O man, work of my hands, arise, you who were fashioned in my image. Rise, let us go hence; for you in me and I in you, together we are one undivided person.’

I still highly recommend Richard Beck’s The Slavery of Death for a short primer on how Christ’s descent into death to make a path out of it is the thread that runs through the salvation story.  Not to mention, the Christus Victor understanding of the Crucifixion makes a good deal more intuitive and aesthetic sense to me than, say, penal substitution.

In my own, not particularly ept understanding, the Christus Victor theory explains that Christ broke death by submitting to it.  Death was not large enough to contain Christ, and it shattered, like a program crashing when you ask it to divide by zero.  Once Christ had blazed a path out, the rest of us no longer needed to live in fear of death and enslaved to sin.

Today is the second day of the Divine Mercy Novena. 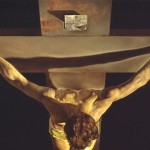 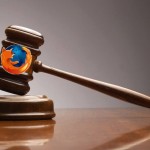