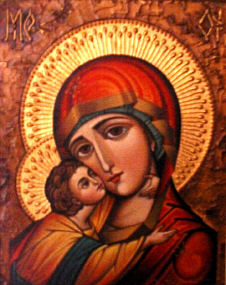 In this week’s selection, Pope Francis discusses the way Moses is developed, morally and spiritually, through prayer, especially through the act of turning away from unworthy petitions.

When God proposes to give Moses a new people to lead, the prophet objects strongly and intercedes for Israel.  Here we see Moses’ greatness of soul, for he renounces the dream of every leader; he refuses to have the people made to his own measure.  Instead, Moses reminds God of his promise and tells him that the promise is non negotiable: salvation cannot yield to human triumphalism…

What is at work in the book of Exodus is a kind of divine pedagogy by which God makes his servant into an intercessor: by exchanging roles and exaggerating the contradiction, God dissolves the angry reproach of Moses and brings forth the best from his worthy heart.  The prophet understands that he should not be ashamed of his own flesh and blood  He realizes that by interceding he is not simply performing an obligatory function; rather, he loves his sisters and brothers as himself.  He has thrown his lot in with this people, and, in so doing, he is becoming day by day more like God himself: “If we are faithless, he remains faithful–for he cannot deny himself” (2 Tim 2:13).

Praying forces me to make my wishes for other people explicit, which gives me the chance to see if I endorse my desires.  Like Moses, I might be tempted sometimes to simply wish people away and replaced with people I can do more with, neglecting my obligation to these particular people.  This is one reason I appreciate the Catholic focus on Mary as intercessor and as mother.

There are prayers that I might be tempted to offer to God as Great Administrator and General Orderer of Things that I couldn’t imagine asking of a parent.  If I have a problem with a sibling, I know my mother would never want only to neutralize the problem — the solution is incomplete if all we do is stop bothering each other without reentering into love of each other.  A parent is never satisfied with détente.

Neither is God, but it can be harder to keep that in mind, simply because I have a lot less experience having any sort of relationship with God, and it’s easier to fall into the habit of imagining a maximally convenient God, one made to my measure.  It’s easier for me to stay honest by referring back to relationships I know well, and noticing that the petitions I’m offering would never be endorsed by a parent who loves both me and my erstwhile antagonist.

For Moses, it was easier to catch himself in this kind of error, without reference to a mediatrix, since he had personally walked with God, grown up with the history of God’s love for his people, etc.  For me, a great deal younger and less experienced in the faith, Mary as model and intercessor helps me avoid running away into abstraction and distance and makes it easier for the act of prayer to wind up pedagogical.

Today is the seventh day of a novena to St. Therese of Lisieux, timed to end on her feast day (Oct 1), which is also the One Rose Invitation Day, sponsored by Imagine Sisters

September 28, 2014
But Who Will I Take Care Of? [Desire of the Everlasting Hills]
Next Post 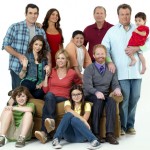 September 30, 2014 When's the last time I spoke to a *real* adult?
Recent Comments
0 | Leave a Comment
Browse Our Archives
get the latest from
Catholic
Sign up for our newsletter
POPULAR AT PATHEOS Catholic
1