But Who Will I Take Care Of? [Desire of the Everlasting Hills]

But Who Will I Take Care Of? [Desire of the Everlasting Hills] September 28, 2014 Leah Libresco 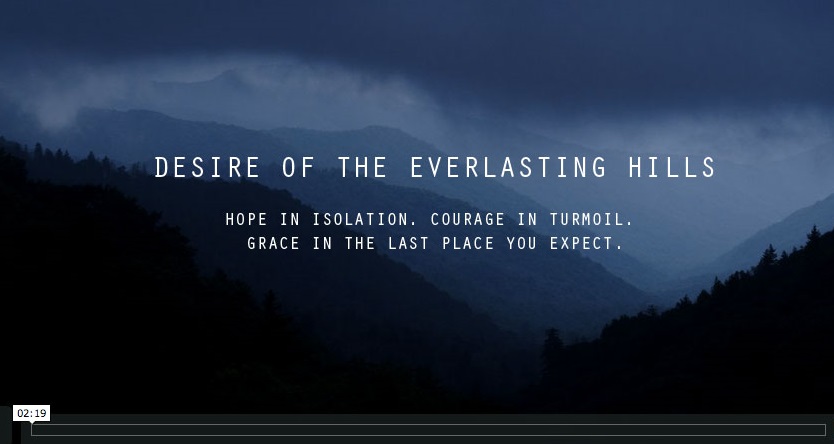 Last week, I had the pleasure of seeing Desire of the Everlasting Hills at a screening hosted by the Catholic Information Center.  The movie, which is available for streaming, is a documentary about three celibate, gay Catholics.  Eve Tushnet reviewed the movie for The American Conservative and wrote:

There are some fascinating theological contrasts: Paul’s most direct experiences of God come when he is being rescued or spared something he expected to be unbearably painful—the most intense example comes when he’s on the way to the doctor to learn his HIV status—whereas both Dan and especially Rilene see God’s hand most clearly in the losses and humiliations of life. (For readers of my AmCon piece: I was struck by how unembarrassed Dan and Rilene were by their own loneliness and suffering. It’s a part of life, to be approached with the same passion and good humor as other parts.) I think this movie would challenge any Christian—no matter their church affiliation or views on sexual ethics. It shows the wild diversity within orthodoxy, the sheer weirdness and unpredictability of faithful Catholic lives.

The movie isn’t an argument, just three interwoven, anecdotal lives.  It struck me as mostly useless for a debate about Church teaching on queerness (except, I guess, as proof of concept that people can live rich, happy, celibate lives, which I don’t think is in contention, but who knows).  Mostly, it was just a pleasure to be invited into the lives of these three people, all of whom warmly told the stories of their lives, warts and all, in an honest, welcoming (and frequently funny) way.

At Q&A that followed the movie, it wasn’t surprising to me that audience members asked the film’s creators about how it had been received by two potentially hostile audiences: queer folks who see prescriptive celibacy as erroneous and oppressive, and homophobic Christians who might be turned off by the film’s acknowledgement of the love and joy and caritas that the film’s protagonists had shared with their romantic partners.  The interview subjects haven’t distilled their lives down into talking points.

I had a different question.  All of the documentary subjects try to offer self-gift love, not letting chastity signal a retreat from the world or from agape, but only two of the three mentioned a powerful connection or act of service to a particular person, and in both cases, it was a previous romantic/sexual partner.  After the people profiled in the film committed to chastity expressed through celibacy, they still had access to the particular bond of intimacy that had been forged in eros.  The interview subject who hadn’t been in a relationship when he committed to live by Church teaching didn’t seem to have the same kind of bond built into his life.

The priest running the Q&A was reluctant to generalize from these three stories, but the some of the other questions also seemed to be in pursuit of pathways to intimacy and self-gift.  One person asked what a parish could offer that was between a community picnic, broad but casual, and the intense, smaller relationships that people might form in a particular apostolate.  It was one thing to be welcomed generically as a visitor or parishioner, but another to have to opportunity to be known deeply and welcomed personally by a particular person, and to get to serve them in return.

There are relatively few non-romantic scripts to get to this point.  I’ve tried to invent some of my own (monthly dinners, attention to actively scheduling one-on-one time with friends, etc) but it does feel like all the cultural inertia is against me.  Anyone else had good script-creation luck?

P.S. Title of this post taken from Company, where Bobby, the perpetual bachelor, receives Joanne’s proposal for an affair, which she concludes with “I’ll take care of you,” by saying “But who will I take care of?”

Joanne: Well, did you hear yourself? Did you hear what you just said, kiddo?
Robert: I didn’t mean that.
Joanne: Oh, I just heard a door open that’s been stuck a long time. […] You’re not a kid anymore, Robby. I don’t think you’ll ever be a kid again, kiddo.

Today is the sixth day of a novena to St. Therese of Lisieux, timed to end on her feast day (Oct 1), which is also the One Rose Invitation Day, sponsored by Imagine Sisters 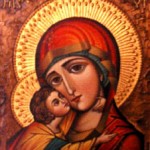 September 29, 2014 Mary Asks More than Détente [Pope Francis Bookclub]
Recent Comments
0 | Leave a Comment
"Oh! And you can get there via Naval Gazing.(probably not by Navel Gazing...)"
TheSparksFlyUpward Too Sucky To Be True
"Hello, Deiseach!1. This is not an ad. (It always reassures me when someone says that!! ..."
TheSparksFlyUpward Too Sucky To Be True
""Do you honestly think that a child raised by a woman has no exposure to ..."
Zorin 2012 Queer Blogathon [Index Post]
"I'd love to see a video of how it works. keranique shampoo reviews"
Marlene Garza Welcome Camels with Hammers to Patheos!
Browse Our Archives
get the latest from
Catholic
Sign up for our newsletter
POPULAR AT PATHEOS Catholic
1