Ben Conroy (who recently joined the Patheos Catholic channel at Shadows on the Road) has another critique to throw at Nice Guy Syndrome.  In “‘Nice Guys’ — How Deep is Your Love?” Conroy writes:

I sometimes wonder if these Nice Guys are actually in love at all. What about the specific woman actually stole their heart? And why would whatever that is vanish because she’s not romantically interested in them?

[W]hen we’re dealing with an “ineffable spark” but you don’t really appreciate any specific qualities about the individual person other than their attractiveness or their potential to be your girlfriend, well, that might be many things, but it sure ain’t love.

Many of the things that can be appreciated in a romantic partner can also be appreciated in a friend. In fact, I submit that if you truly love someone, the idea of being their friend should be, in itself, pretty appealing. I completely understand the complicating factors! (Believe me, I do). I understand the sadness, the frustration, the hurt. I understand if it’s too painful to continue seeing them. But, I must confess, I don’t understand blaming them, or feeling like they’re not treating you well.

You’ve presumably fallen in love with them because they are who they are. If they get to know you well through friendship, but they don’t return your love in the way you’d like them to, that’s not because you’ve done something wrong or because they’re being difficult. It’s because they respond to the person you are with a kind of love that’s  platonic rather than romantic. Would it really be better if they pretended otherwise?

I partly agree with Ben’s post.  The main assumption that rubs me the wrong way is that the Nice Guys who ask girls out and then are frustrated or resentful necessarily are or ought to be in love with the girls they’re asking to, well, take a turn about the room with them.  I mean, yes, in the broad sense, we should all be in agape-love with everyone, seeing them as Christ does, and willing their good, but that’s the duty we owe everyone, not just the girl who caught your eye in your Orgo seminar.

I think plenty of folks who are frustrated with being turned down aren’t in agape-love or even in philia with the object of their affection, and that’s fine.  After all, that’s doesn’t have to be the benchmark for a date.  People can use dating speculatively, as a way of testing whether love would/should develop between two people who match well on paper, without yet having developed a deep, agape love for the person they’re planning to ask out.  But, currently, the whole schema feels inconsistent.

If dating (rather than sex) were more casual, and understood to be so, then confusion at people “not even giving you a chance” would be more justified, but, in the world we actually live in, it seems (based on anecdata) that dates are a big ask.  Personally, I’d be unlikely to follow Seraphic Single’s advice to always say yes to coffee (because it’s just coffee!), since it feels like I’d be communicating something more like “I do have a crush on you” rather than “You seem ok/a bit interesting.”  And I wouldn’t ask out people that I know, and find interesting, but don’t currently feel a *spark* for, out of fear of leading them on.

It’s possible that some Nice Guy frustration comes from the absense of a culturally endorsed, totally low-stakes way to get to know someone better and open the door to romance.  The actually low-stakes coffee date that Seraphic imagines might come closer to being a “fair shot” without putting undue burdens on the person being taken out.

Without that low-stakes option, it seems more like the progression of dating is for one person to carry a progressively larger torch, until finally their feelings are strong enough to merit asking someone out.  But the high activation energy required to initiate makes it all the more likely that the feelings will be, if not completely unrequited, fairly asymmetrical.  And that sounds like the recipe for a mishegoss. 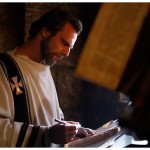 September 9, 2014
Endless War without a Proving Peace
Next Post 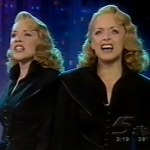