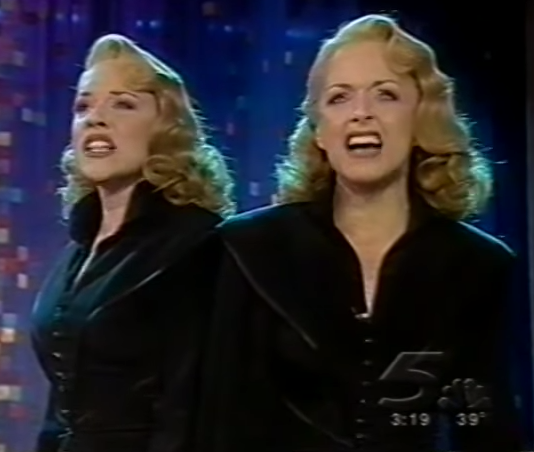 I want to return to one specific point made in the Ben Conroy piece on Nice Guys’s frustration that I linked to yesterday.

Many of the things that can be appreciated in a romantic partner can also be appreciated in a friend. In fact, I submit that if you truly love someone, the idea of being their friend should be, in itself, pretty appealing. I completely understand the complicating factors! (Believe me, I do). I understand the sadness, the frustration, the hurt. I understand if it’s too painful to continue seeing them. But, I must confess, I don’t understand blaming them, or feeling like they’re not treating you well.

You’ve presumably fallen in love with them because they are who they are. If they get to know you well through friendship, but they don’t return your love in the way you’d like them to, that’s not because you’ve done something wrong or because they’re being difficult. It’s because they respond to the person you are with a kind of love that’s  platonic rather than romantic. Would it really be better if they pretended otherwise?

And most people (male or female) don’t need a lot of “no’s” before they start to suspect that it’ll be “It’s not me, it’s you” for all the people they meet.  (Laplace’s Rule of Succession may be slightly comforting, depending on your sample size).  The frustration/despair/confusion that people feel isn’t just a desire to possess a significant other, but to be included in certain ways of love, and thus recognized as someone loveable.

Another post about questions I got on my speaking tour. One man asked about something a gay friend of his had said, which really resonated with him. I can’t remember, unfortunately, if the friend was citing this as a reason to reject celibacy and seek out a gay relationship, or if he was just saying that this longing makes celibacy especially painful, but he said, “I just want to come first for somebody!”

There are a lot of pieces to this emotion. To be always the one who watches the love between spouses or parents and children, supporting that intense your-needs-first love but never receiving it yourself. Never knowing that there’s somebody who will always take your call. Asking yourself who your emergency contact should be, rather than filling in the name without thinking about it. Feeling like you’re burdening people when you need them–like you’re asking them to do something outrageously above and beyond the call of duty when you ask them to sacrifice time, effort, or their own priorities to care for you, even when you’re really seriously in need.

Even in a model of exalted friendship, Boston marriages, and communal living, some actions and some loves will be reserved to romantic/erotic relationships.  But, currently, we don’t live in a world that expects friendship to cover much of the slack in the first place.  We don’t even colloquially use the word love often to describe the way we feel about friends, and the vocabulary for storge/philia/eros/agape isn’t part of the vernacular.  When it comes to actions, there are plenty of non-sexualized things that it feels natural to me to ask of a boyfriend and odd to expect of a friend.

When I’m single, there isn’t anyone (except for the priest’s handshake at the end of Mass) whom I expect to come into physical contact with, there isn’t a person who I can legitimately ask to read a book just as a present to me, so I have someone to talk to about it (and usually because I’d particularly like to see it through the bf’s eyes), there isn’t someone who I can share good news with when I haven’t yet figured out how to downplay it appropriately so I don’t share it in a boast-y or unpleasant way.

None of these intimacies are prerequisites to living a happy, useful, fulfilling life — I’m not entitled to them and no one is obligated to provide them.  But, over and above the sadness of missing out on them by chance, it’s a pretty lousy thought to think there’s a very good reason I don’t have this kind of connection, and it’s related to how people respond when they know you as you are.  The natural rebuttal to that worry is “But I’m a nice guy!” or, in the words of Cathy, from The Last 5 Years, “I am a good person. I’m an attractive person. I am a talented person. Grant me Grace!”

For secular Nice Guys, the answer that you are known as you are, known perfectly and loved perfectly in response… by God! isn’t likely to be very comforting.  And, even for Christians, that idea can be hard to hold onto in moments of difficulty (and it has something of the unconsolation of being loved by your parents, who have to).

I still think part of the answer is exalting friendship, encouraging your closest friends to be welcome to make the demands and offer the (non-sexual) gifts that a lover would, building a community where it’s cleared that the natural response to knowing someone is loving them (albeit, not always erotically).

Look, there’s no way I’m concluding this post without including “Who Will Love Me As I Am?” from Side Show:

As I read the performance, one of the twins skews sadder/fearful, and one skews angrier/defiant, and both seem like natural responses to their circumstances.  And neither has to be dissipated exclusively by romantic/erotic love.  We’d all be the healthier and happier with with more ways besides kissing to express “I know you and love you.” 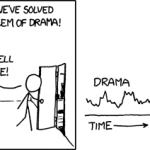 September 12, 2014 7QT: Brutalism and Book Covers
Recent Comments
0 | Leave a Comment
""Do you honestly think that a child raised by a woman has no exposure to ..."
Zorin 2012 Queer Blogathon [Index Post]
"I'd love to see a video of how it works. keranique shampoo reviews"
Marlene Garza Welcome Camels with Hammers to Patheos!
"Logismoi (the plural of logismos) are a fairly simple concept; they are whispers from either ..."
Rob, Portland Logismoi, Vampires, and Other Intrusive Thoughts
"I imagine I’ll do a lot more reading and pick a lot more fights over ..."
Donalbain A little about the queer stuff
Browse Our Archives
Follow Us!