7QT: Devil in the Details (of stings, languages, and surgery)

7QT: Devil in the Details (of stings, languages, and surgery) October 10, 2014 Leah Libresco

Happy Sukkot, to any readers who are celebrating!  Here’s a delightfully silly relyricization for the holidays.

This reminds me of the last time I went to a Sukkot celebration, and after our friend celebrated by shaking the lulav in the appropriate six directions, there was a tipsy suggestion from the crowd to shake it in eleven directions like a string theorist.  (Though, I suppose, to be truly analogous, the suggestion should have been to shake it in twenty directions, subtracting the time-dimesion and shaking it back and forth along each dimension).

In other stories of Jewish holidays, this Tablet story on Jewish gangsters contained this very amusing anecdote:

The three gangsters didn’t notice three other men sitting in the back of the synagogue: G-men disguised in black Hasidic garb who hoped to arrest the three hoodlums after the service. But when the non-Jewish G-men lit up cigarettes during the intermission, not knowing that striking a match or lighting a fire is forbidden on Yom Kippur, their cover was blown and the gangsters got away.

Sometimes, everything turns on little details, like in this fascinating but gruesome tale from io9, about the doctor who improved surgery with the judicious use of an ice pick.

Langer noticed that, when he pierced the skin of a corpse with a round instrument, the resulting hole was not round. It was pulled into an oval by the underlying tension in the skin. It occurred to him that surgeons who made incisions certain ways might be making cuts that cause the skin to pull itself apart. As convenient as that seems when making the incision, it had to hinder the healing process. The skin would have to knit itself up against the strength of its own pull.

You can see the diagrams he drew (not gross, I promise) at the link.

But when the little details go wrong, the results can be ugly.  There’s a very funny tumblr called “Bad Conlanging Ideas” (conlangs are constructed languages, like Klingon or Esperanto or Dothraki).  Here are some of my favorites from the satirical site:

And while we’re filling in the details of fictional worlds, I should mention how much I enjoyed this His Dark Materials inspired discussion among fans:

How would theater work in a world with daemons? would playwrights specify what daemons their characters had? Would casting against daemon be as big a directorial leap as casting against type?

I haven’t seen Gone Girl (I read the book, but did not love it), but I greatly enjoyed this little featurette on David Fincher’s film style.  I love seeing how a work is put together.

And speaking of things coming together, I’m pleased to report I’m done with the garment part of my costume!

There are still things I’d like to do (I have trim and buttons I’d like to add), but, if Halloween were moved to tomorrow, I’d be happy enough to go out in this.  The big thing I still have left is the wiring and the programming, which I’ll start taking a crack at this week.  (I’ve left plenty of time, since I haven’t worked with Arduinos before).

In the meantime, here’s another completed costume for you to enjoy — a historian who went as a page from the Book of Kells.

There were several concerns with making this costume. The first was showing respect for the Book of Kells. When plastering my body with pictures from a copy of the Gospels, I should treat them respectfully. This costume is “personification of the Book of Kells,” not “sexy Book of Kells.” For this reason, I have generally avoided illuminations containing human figures, God or Christ’s names, and complete sentences (though there are some humans on the right arm). This is also the reason for the long skirt. I picked a dark green ballet leotard for several reasons, the primary one being that I already had it. The leotard is low-cut in the back, which gives me more room for images, but is not low-cut in the front.

October 9, 2014
I'll Match Your Flu Shot with a Donation
Next Post 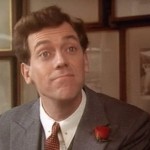 October 14, 2014 Minimizing the Weight of Mercy [Pope Francis Bookclub]
Recent Comments
0 | Leave a Comment
"Oh! And you can get there via Naval Gazing.(probably not by Navel Gazing...)"
TheSparksFlyUpward Too Sucky To Be True
"Hello, Deiseach!1. This is not an ad. (It always reassures me when someone says that!! ..."
TheSparksFlyUpward Too Sucky To Be True
""Do you honestly think that a child raised by a woman has no exposure to ..."
Zorin 2012 Queer Blogathon [Index Post]
"I'd love to see a video of how it works. keranique shampoo reviews"
Marlene Garza Welcome Camels with Hammers to Patheos!
Browse Our Archives
get the latest from
Catholic
Sign up for our newsletter
POPULAR AT PATHEOS Catholic
1