Prelude to a (Platonic) Kiss 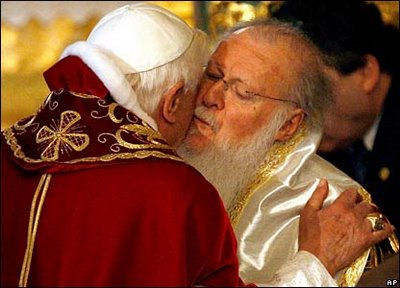 Eve Tushnet (whose book is now out, and you don’t need to stand on ceremony waiting for me to formally review it next week to buy it for yourself) has a great point to make about the significance of the Kiss of Peace in an essay for On Level Ground:

Words are great, don’t get me wrong, I pray words a lot. But we worship with our whole bodies. We kneel, prostrate, open our mouths or lift our hands to receive the Body and Blood of Christ. And so I wonder if one other thing the nascent celibate gay Christian movement might look at is a revival of the Kiss of Peace.

Some of you are saying, “What do you mean, ‘revive’? We kiss all the time in our church!” You guys are the best, keep doing what you’re doing. In far too many churches “Greet one another with a holy kiss” has been replaced by “Smile awkwardly at one another over a clammy handshake.” Returning to actual kissing might have two effects.

First, kissing fellow believers (on the cheek or cheek-adjacent air, people—I’m not telling you to swallow somebody’s tongue for the Lord) reminds us that Christian faith isn’t a list of rules. It’s a love affair. The rules and commands flow out of God’s love for us and our desire to worship him. We are united in ecstatic love of God.

Second, in many Western countries we’ve sexualized all physical intimacy. Chris Damian just gave a paper at Notre Dame’s groundbreaking “Gay in Christ: Dimensions of Fidelity” in which he pointed out how some translations of the Bible have John reclining “next to Jesus” rather than against Jesus’ breast. We’ve made physical touch the exclusive property of sexual relationships, and so, unsurprisingly, we starve for it. We all need to be touched, to know that our bodies are viewed with love and welcome. Gay Christians, who have often felt so much shame and exclusion from the church because of our bodies’ desires, may especially need this reassurance… but shame about our bodies is a pretty universal human experience.

Eve is right that there’s a weird, sharp discontinuity between the kinds of touch we share with lovers and those we share with anyone else.  It makes sense for some things to be reserved to the bedroom, but it makes more sense for those to actually be the kinds of things that would be inappropriate outside the bedroom.  Plus, circumscribing all kinds of affectionate touch in a culture that’s already lost most of its courtship scripts seems like a recipe for disaster.

It’s harder to flirt when you can neither ask someone to take a turn about the room with you nor dip the object of your affection’s braids in an inkwell much more often than you do anyone else in the schoolroom’s.  In a keep-your-hands-to-yourself world, flirting isn’t a matter of making affectionate contact more often or more intensely, but of making it at all, which is a way higher barrier to action — and explains a good deal of the pattern of getting tipsy in order to be comfortable enough to hook up in college.  Showing affection winds up being a discontinuous phase transition, rather than eros taking root slowly in a previously primarily philia kind of relation.

I’d be curious what other options you commenters can think of for reseeding affectionate touch in day to day life.  The idea that comes to me is just to take up martial arts with your friends, with all attendant grappling and helping each other up from throws.  I felt a lot closer to friends after a prolonged bout of roughhousing to settle whether or not I’d be able to help the watergun in my friend’s apartment fulfill its telos.

Another option is thinking more about furniture arrangement in your living room.  Do you have a bunch of discrete chairs, or squashy, large couches that encourage crowding and perching?

What else comes to mind as a way to renormalize platonic touch?

P.S. I’ll add that one barrier to exchanging a true kiss of peace in a bunch of the churches I’ve visited is that the parishoners have all strung themselves out throughout the church, until we’re spaced far enough apart that it’s impossible to reach and pull off a handshake, let alone a kiss.  Thus, everyone goes for the small, sharp wave.  This is more a problem at Daily Mass than on Sundays, and I’ve been guilty of it myself.  (It feels very aggressive to plop next to someone, when everyone else has been sitting down every-other-pew).  Maybe those churches should just explicitly rope off most of the pews, until this isn’t an option. 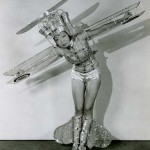 November 7, 2014 7QT: Tallying Rats, Robbing Houses, and Judging Barbers
Recent Comments
0 | Leave a Comment
""Do you honestly think that a child raised by a woman has no exposure to ..."
Zorin 2012 Queer Blogathon [Index Post]
"I'd love to see a video of how it works. keranique shampoo reviews"
Marlene Garza Welcome Camels with Hammers to Patheos!
"Logismoi (the plural of logismos) are a fairly simple concept; they are whispers from either ..."
Rob, Portland Logismoi, Vampires, and Other Intrusive Thoughts
"I imagine I’ll do a lot more reading and pick a lot more fights over ..."
Donalbain A little about the queer stuff
Browse Our Archives
Follow Us!

I Read the Whole Bible in...
The Cordial Catholic
Related posts from Unequally Yoked