I’m sure I’ll write something longer later, but I just want to give you all the heads up that I really enjoyed the Into the Woods movie.

It’s like a lot of book-to-movie adaptations, where there are nuances and characterizations that are flattened or telescoped for film, but you still really enjoy seeing the story you love in a new medium, finding a new audience.  Both times I went (once on Christmas, once a week after) the theater sold out.

I’d still say, in a perfect world, watch the taped Bernadette Peters version first, but, then go see the movie.

One thing that did surprise me was how big real live cows are.  (I’m a city girl).  When Jack’s cow, Milky White is portrayed on stage, the cow is usually a prop or person — both of which are a lot narrower that a real cow, apparently.

There’s a very amusing tumblr called “Low Budget Milky Whites” that collects photos of the props and costumes used to approximate a cow… with some hilarious failure modes.

Are you excited and scared?

Also in the line of excellent Into the Woods derivative works: “Peace, Good Tickle-Brain” came up with a Sondheim-Shakespeare mashup, rewriting Into the Woods lyrics to describe the adventures of Shakespeare’s characters who go into the woods to get the thing that makes it worth the journeying!  Here’s a slice of Part 1: 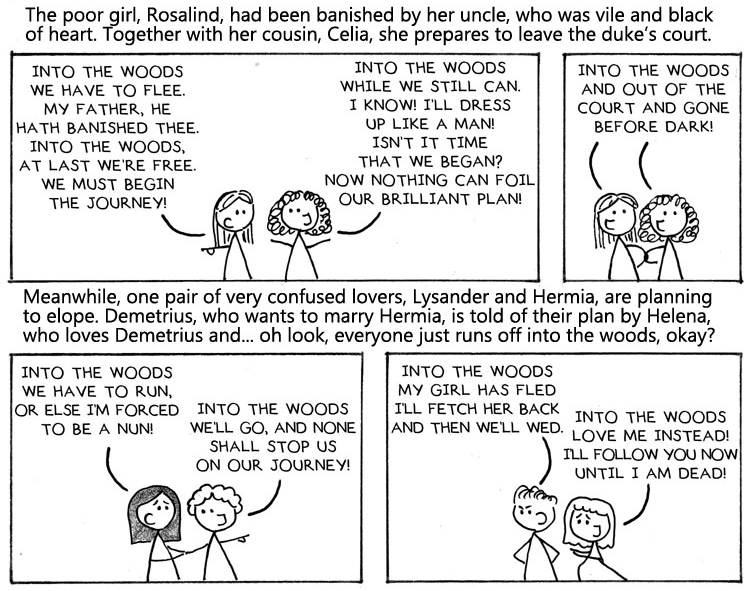 And you can find Part 2 and Part 3 here.

And speaking of musical mashups, perhaps you’d like to listen to Max Gladstone (author of Three Parts Dead) sing the relyricization of “We Three Kings” he and his friend wrote… that’s all about the Hobbit.

I got myself in trouble when I realized, on Christmas Eve, that “I Saw Three Ships” has the same scansion as, well…

And what if none of their souls were saved?

They went to their Maker impeccably shaved

On Christmas Day in the morning!

I’ve got even more for you guys on the relyricization beat.  Try “I am the Very Model of a Biblical Philologist” to get your energy back after any intemperate New Year’s revels:

And, for our final transformative work, I really enjoyed this article on Topher Grace’s recut of the three Star Wars prequels into one 85min movie.

Topher Grace’s Star Wars fan edit is an interesting experiment. You have to understand that Grace can only use the footage available to him, so some of the same problems exist that plagued the original films: some of the dialogue remains laughably bad, and you can’t change some of the stilted performances and stiff framing. I have seen a few of the other fan edits that have been online, including the famous Phantom Edit — and this is probably the best of the bunch. I’m not sure if it turns the saga into a great film, but its certainly a lot more entertaining.

(the review includes a synopsis of how Grace structured the story) 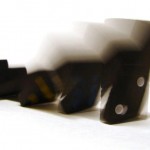 January 3, 2015 Books on deck for me in 2015!
Recent Comments
0 | Leave a Comment
"Do You Know what isn't Fair? Calling Atheism a Religion. Or saying Dawkins is a ..."
skwills Who Gets to Give the Courtier’s ..."
"Oh! And you can get there via Naval Gazing.(probably not by Navel Gazing...)"
TheSparksFlyUpward Too Sucky To Be True
"Hello, Deiseach!1. This is not an ad. (It always reassures me when someone says that!! ..."
TheSparksFlyUpward Too Sucky To Be True
""Do you honestly think that a child raised by a woman has no exposure to ..."
Zorin 2012 Queer Blogathon [Index Post]
Browse Our Archives
get the latest from
Catholic
Sign up for our newsletter
POPULAR AT PATHEOS Catholic
1

Things Keeping Us Going: Away on a Writers’...
The past few weeks have been a blur. Mary Bishop (co-editor of...
view all Catholic blogs
What Are Your Thoughts?leave a comment
Copyright 2008-2021, Patheos. All rights reserved.