Thanks to anyone who contributed to my birthday fundraiser for GiveDirectly!  I set $300 as a goal, and, between you guys and my offline friends, folks have raised over $400 for this highly effective cash transfer program!

Also, because my friends, like me, are huge dorks, a number of people donated psuedononymously under names like:

I love you guys.  The fundraiser is still open, if you’d like to make a contribution of any size, and the birthday discount for my book, Arriving at Amen, lasts til Sunday.  The ebook is marked down to $4 til then.

If you’re in the market for birthday presents generally, you might be interested in this kickstarter for wearable, programmable jewelry, which is a nice gateway drug for Arduinos.

It’s great to be able to get into electronics without starting with soldering.  I was really glad to be able to use sewable boards when I put together my LED, accelerometer-controlled gauntlets.

Also from the annals of the inventive, I was surprised to learn that there were priests who travelled with circuses, to minister to performers.

Like North, Cancro has a long circus history, too: Forty-five years ago, before he even attended seminary, Cancro went to the Ringling brothers’ clown school.

“My priesthood,” he said, “went on without any real connection to circus” — until one day in 2010, when Fabritze showed up at his office and saw a photograph of a clown on his wall.

“She wanted to know who it was, and I said it was me,” Cancro said. “And then I had to tell her my background.”

He sighed. “Next thing I know, I have a call from the Bishop’s Conference to show up at this meeting the following January to become part of the circus and traveling people’s ministry.”

But I was even more surprised to find out that India and Bangladesh have such a cockamamie border that they are jointly responsible for the world’s only third order enclave – a bit of India completely surrounded by Bangladeshi land, which is itself inside an Indian enclave which is within Bangladesh.  The Economist explains how this all came to be.

(And then you might want to also fall down the Wikipedia well by reading the article on enclaves, like I did)

Speaking of sorting out boundaries, Will Duquette has some interesting thoughts on whether the Catholic Church should separate out the preaching and sacramental roles of priests a little more, so that some parts of priestly duties can be done without lengthy graduate study:

Today we expect our priests to be Chief Executives of the parish; the buck stops on their desk.  We expect them to visit the sick, and administer the sacraments, and preach the gospels, and run the parish, and be our liaison with the bishop, and all manner of things.  Perhaps our priests need “auxiliary priests” to help them out: men ordained from among those in the parish to administer the sacraments, but without an explicit teaching role except as delegated by the pastor.

I would expect such auxiliary priests to be self-supporting, having a day job or living in retirement, as many deacons do; to be disciples of Jesus; to have a practical layman’s education in theology and Christian living; and to serve at the altar and hear confessions as deacons cannot.  Auxiliary priests would owe obedience to the bishop through their pastor, who would be responsible for overseeing their work.  They would probably have a continuing education requirement, so that their deepest study would come after their ordination rather than before it.

There’s an amazing story at Medium about a former heroin addict who mails clean needles and medication for treating overdose to any drug user who asks for them.  Her work has saved an estimated 115 lives.

Finally, you kinda know any story involving Oliver Sacks is going to be good, but this story about studying stereoscopic vision and writing to Sacks for his thoughts still exceeded my expectations. I don’t have a pull quote to share in isolation, just go ahead and read it. 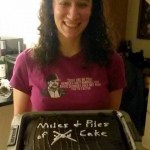 July 21, 2015
Discounts and Donations on my Birthday!
Next Post