I’ve had some pretty good Sondheim birthdays, but this toddler’s parents have thrown the best party.

Mr. Bart is a familiar face in Louisiana thanks to his ubiquitous TV ads and a firm motto that would make Saul Goodman proud: “One Call, That’s All!”

Maybe it has to do with the flashing lights and music featured in the spots, but Grayson can’t stop watching his ads, said Ms. Dobra, a nurse from Prairieville, La.

The photos at the link are adorable.  And a second article on the story offers this detail:

“He still loves his Morris Bart shirt,” she says. “If you put it on him, you’d better not try to take it off. He will throw a fit. He has his two photos on the nightstand, and he likes to give Morris Bart a kiss goodnight sometimes. He is literally obsessed with Morris Bart.”

Speaking of niche interests, roller derby appeared to improve women’s body image in a small (sadly not randomized–that would be a magnificent protocol, particularly the invention of placebo roller derby) study.  (h/t my mom)

Ars Technica has nice coverage of experimental design in this year’s Million Dollar Challenge at The Amazing Meeting.  Up for evaluation – whether high end audio cables do anything (besides part a fool from zer money).  Here’s the setup:

After some discussion, the folks at the JREF decided that the best thing to do would be to construct what’s called an “A/B/X” listening test. In this type of test, a listener first hears an audio sample through one cable, and then hears the same audio sample through the second cable. The listener is told which cable is being used for both “A” and “B” (even-numbered listening subjects would hear the AudioQuest cable first, while odd-numbered listeners would hear the Amazon cable first). Then, one of the two cables is randomly selected and the same audio sample is played over that cable (the “X”). The listener is then prompted to choose whether the third “X” audio sample was played over cable A or cable B.

The results of the test are at the link, along with thoughtful responses to critiques of the experimental design (should participants be forced to guess, or can they say “I don’t know”?)

Speaking of good design, I really liked this essay on building good metaphors:

Can metaphors be designed? I’m here to tell you that they can, and are. For five years I worked full-time as a metaphor designer at the FrameWorks Institute, a think tank in Washington, DC, whose clients are typically large US foundations (never political campaigns or governments). I continue to shape and test metaphors for private-sector clients and others. In both cases, these metaphors are meant to help people to understand the unfamiliar. They aren’t supposed to make someone remark: ‘That’s beautiful.’ They’re meant to make someone realise that they’ve only been looking at one side of a thing.

Here’s an example. In the 1960s, the US philosopher Donald Schön spent some time at the consulting firm Arthur D Little (he eventually became a professor at the Massachusetts Institute of Technology nearby). He was working with product researchers trying to figure out why a new paintbrush design with synthetic bristles didn’t apply paint smoothly. As Schön related it later, someone in the group suddenly said: ‘A paintbrush is a kind of pump!’

Ordinarily, seeing a paintbrush this way would be considered a mistake. In this case, what the researchers knew about pumps suddenly became available for thinking about paintbrushes too. ‘Paintbrush as pump’ isn’t beautiful, but it’s very useful. It was, as Schön wrote later, ‘a generative metaphor for the researchers in the sense that it generated new perceptions, explanations, and inventions’. (Among other things, it led to new bristle designs that would bend the right way.)

And I was delighted to recognized a way that I think in this essay on mathematician John Conway!

And some of the work was as simple as applying the Pythagorean theorem. Still Conway refused to pull back the curtain too far. “Yes, it’s true, my calculations, technically speaking, were using Pythagoras’ theorem,” he said. “But to concentrate on the calculation is misleading. It’s like asking an artist, ‘Where did you paint the person’s chin? Was it one-foot-five above the base of the picture, or one-foot-six?’ If you’re thinking about conceptual things, the measurements don’t matter … It’s rather unfortunate that we can’t just see these things. Because it means that I can only appreciate the beauty of them, truly, after I’ve have done the calculation. Since I can’t conjure up 24-dimensional space, I use numbers to do it.

“For a time I was thinking so geometrically about these things that I used to imagine myself with lots and lots of arms and legs, extra limbs. Because if I have two arms and point ’em out, then they both lie in a plane. And I’ll use a leg as well, and now they are lying in three-dimensional space. To form an adequate idea, an adequate geometric visualisation, of what is going on in 24 dimensions is more or less impossible. In large dimensional space, there are large numbers of directions to point, so you would seem to need quite a lot of arms and legs. I distinctly remember imagining myself stuck in the middle of this space, and waving all my arms and legs in the air, and trying to understand things, looking up at the stars, pretending they are the lattice points, and just sort of daydreaming.”

If an analogy doesn’t register, perhaps you’re in need of this flow chart of how different languages express the sentiment “It’s all Greek to me!”  The Greeks turn out to use Chinese as archtypical unintelligibility and the Chinese, well, you’ll find out at the link.

Still not working for you? Well, just be careful how quick you jump to the label “unlikable” for metaphors, characters, or people.

The Dissolve: When you did find out people were seeing your characters as unlikable, was that a concern, or of interest? Is it relevant to you?

Noah Baumbach: Well, it was interesting to me. It more became an issue in talking about the movies. I had this thing happen during the press tour for Margot At The Wedding—I was doing the umpteenth Q&A, so I found myself accepting this premise I’d been bombarded with, about unlikable characters, even though I had a responsibility to… And somebody in the audience finally said, “I don’t know what anybody’s talking about. This is what human beings are like.” And I was so thankful to that person, because he reminded me what the hell I was doing, and how I got caught in this ongoing discussion that I had no actual feeling for. But outside of that, it was that Jean Renoir quote, “The truly terrible thing is that everybody has their reasons,” which I’ve had to hang my hat on many times.  But I really did believe these people had their reasons, and I was trying to show why. At the same time, I was also taking the side of the people who had to put up with them. 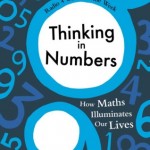