The nice thing about being noisy about your hobbyhorses is that your friends wind up acting as your personal clipping service. That’s how I heard about these three friends who have been living together for 50 years.

“We thought we’d be there two or three years and somebody would get married or maybe buy a house by themselves,” says Sugg, who’s in her 80s. “But that just didn’t happen.”

They all grew close to each other’s families — acting as doting aunts to various nieces and nephews—and became famous among their friends and neighbors for their frequent house parties, as well as their “Magical Mystery Weekends.”

They’d plan trips for themselves and other friends, keeping the destination a secret. Once they brought everyone to National Airport, and boarded a flight where they’d somehow convinced the pilot not to mention the destination. They ended up in Winston-Salem in North Carolina, where they had arranged for friends there to host a cocktail party, and stayed at a resort nearby.

I love the way that their care for each other spilled over to enrich the lives of their families and other friends.

There was a lot I loved when I read about Sue Black, a forensic anthropologist, but this manner of raising money for a morgue was my favorite detail in the piece:

Val McDermid was one of a group of crime writers who agreed to help Black raise the funds for a new mortuary a few years ago. They asked their fans to vote for a room to be named after them and to pay a pound to do so. It’s clear who won, as Sue Black guides me into the “Val McDermid Mortuary” and then to the “Stuart MacBride Dissecting Room”. The other eight writers each got their name on an embalming tank, with the exception of Lee Child, who decided to use that of his lead character Jack Reacher instead. “We realised early on we couldn’t have the Child Mortuary,” says Black dispassionately.

After bodies are released from a morgue, not everyone has someone to mourn them. In Boston, that’s when a group of high school boys step in:

Today the teens have volunteered to be pallbearers for a man who died alone in September, and for whom no next of kin was found. He’s being buried in a grave with no tombstone, in a city cemetery.

“To reflect on the fact that there are people, like this gentleman, who probably knew hundreds or thousands of people through his life, and at the end of it there’s nobody there — I think that gets to all of them,” Pojman says. “Some have said, ‘I just gotta make sure that never happens to me.’ “

The students, dressed in jackets and ties, carry the plain wooden coffin, and take part in a short memorial.

And there’s another danger in not mourning small endings. Alan Jacobs has a good essay in AmCon about what he calls our “Trade-In Society” that likes to solve problems by cutting ties and moving on and up:

[F]iring coaches is how professional sports franchises deal with conflict. And athletes know that this is how professional sports franchises deal with conflict: so when a team hits a bad patch, and the players are underperforming, and the coach is getting angry with them, and relationships are fraying… why bother stitching them up? Why bother salving the wounds? If everyone knows where the situation is headed — sacking the manager — then isn’t there rather a strong incentive to make things worse, in order to hasten the inevitable, put an end to the frustrations, start afresh, get a do-over? Of course there is.

And precisely the same tendencies are at work in many of the key institutions of American social life. This is one of the chief reasons why so many marriages end quickly; this is why so many Christians church-hop, to the point that pastors will tell you that church discipline is simply impossible: if you challenge or rebuke a church member for bad behavior, he or she will simply be at another church the next week, or at no church at all.

It seems that we — and I’m using “we” advisedly here, as you’ll see in a moment — are becoming habituated to making the nuclear option the first option, or very close to the first option, when we can. Trying to come to terms with a difficult person, or a difficult situation, is an endeavor fraught with uncertainty: it might work, but it might not, and even if it does work, I could end up paying a big emotional price. Why not just bail out and start over?

On a much lighter note about the loss and the missing, Dr. Hagan dove into the mystery of xkcd’s discovery that the 11th of each month is underrepresented in the corpus of dates referenced in English language works. I don’t want to spoil the explanation Hagan found, so try to guess and then click through.

Some of my friends were trying to figure out what genre Scott Alexander’s new serial novel UNSONG fits into, and I suggested kabbalahpunk.  I keep chortling quietly to myself while reading (though, heads up, the prologue didn’t catch my interest, push on to the first chapter if you’re unsure) and I think it may be to the taste of a lot of readers here.  I’m going to pull a long quote here, so you can see what a meet-cute looks like in UNSONG:

I opened the door and caused a stunningly beautiful girl to fall off a stepladder. “Euphemism!” she said. I swear to God she said “Euphemism.”

“What do you think you’re doing?” I asked. I am bad at sounding threatening, but she was like 5’4, maybe 5’5, and also lying on the ground looking very ashamed, and so putting menace into my voice was easier than usual.

I looked up at the sign again. It read CASH OR GOD

“It’s a kabbalistic protest,” she said faintly. “Against a society that thinks…”

“You’re not a kabbalist. If you were a kabbalist, you’d have more respect! You can’t just go removing letters from signs like that! Matthew 5:18: ‘Verily I say unto you, not a single letter, nor even a stroke of a letter, shall be removed until all is fulfilled.’”

“Oh, you want to go there?” She caught her breath and stood back up. “Matthew 16:4: ‘This evil and adulterous generation wants a sign, but no sign shall be given to it.’”

I blinked. Maybe she was a kabbalist.

“But,” said the girl, “Exodus 25 says that you shall take gold and turn it unto the Lord.”

Now I was annoyed.

“You have taken an L and an F,” I said. “But if you map the Latin alphabet to Hebrew gematria, L and F sum to twenty-six. The Tetragrammaton also has a gematria value of twenty six. So taking an L and an F is mystically equivalent to taking the Name of God. But the Third Commandment is ‘You shall not take the Name of God in vain.’”

“But the sound of L and F together,” she said, “is ‘aleph’, and aleph is silent and represents nothingness. So I have taken nothing.”

I heard the whine of a siren.

Finally, I have two opportunities to pass on:

The Center for Applied Rationality (CFAR) is hiring someone to work on sales (finding people who’d enjoy and benefit from attending a four-day workshop on defensive driving for your brain).  This is where I used to work (as a curriculum designer) and one thing that’s particularly good about CFAR is that everyone there is really interested in helping you do your job as well as you can, even if that means you do it in a weird way.  Plus, very nerdy, inquisitive co-workers, at least one of whom would sing Newsies with me when we cleaned up after events.

The Dominican Sisters of Hawthorne are having a discernment weekend March 12-13 for young women who might be called to the Dominican order and the Hawthorne sisters’ particular work of tending the sick. A friend of mine joined the sisters here a few years ago, and I still love exchanging letters with her and hearing about her new life. You don’t have to have made up your mind to be a nun to go — I think it’s the kind of thing more Catholics should do, to have a chance to notice if this might be your vocation.  It’s hard to tell without exposure to vowed religious and their lives! 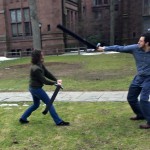 February 1, 2016
Advice on Persisting in Prayer with the Caritas Podcast
Next Post