Baptist pastor on why the Bible supports LGBT equality 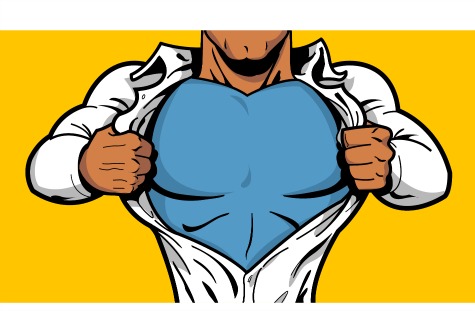 Of the handful of biblical texts quoted by opponents of same-sex marriage Romans 1:26-27 is the one most often referenced:

For this reason God gave them up to degrading passions. Their women exchanged natural intercourse for unnatural, and in the same way also the men, giving up natural intercourse with women, were consumed with passion for one another. Men committed shameless acts with men and received in their own persons the due penalty for their error.

The problem with turning Paul into an anti-gay proponent is that Paul, along with most ancient moralists, would have regarded same-sex relations as an expression of excessive or exploitative sexual behavior by heterosexuals. It is not likely that he would have had any understanding at all of same-sex attraction as a sexual orientation set early in life.

On the basis of Romans 1:26-27 it is common for anti-gay proponents to argue that same-sex marriage denies the natural order. This is such a weak and misguided argument. It certainly sounds lame when Paul uses it in 1 Corinthians 11:

Does nature really teach that? Or is that more of a man-made, cultural thing?

An example of how limited knowledge impacts the meaning of Scripture (both the original meaning intended by the biblical writer and our assessment of its relevance) is the way the Gospel writers understood and attributed diseases like epilepsy, psychological disorders, and even birth defects and disabilities to the work of unclean spirits or demons.

Another example is the way ancient people conceived of the earth as the center of the universe, and the way biblical writers believed in a three-tiered cosmology consisting of God’s heaven above the dome of the sky, the earth in the middle, and sheol (the abode of the dead) below the earth.

They authors of scripture couldn’t help but reflect the commonly held beliefs of their time and culture. They simply did not have available to them the accumulated knowledge that we have access to.

Just for the sake of argument, however, let’s suppose that it could be proved that Paul did know something about sexual orientation, and still condemned same sex relations. Would that settle the issue? Would that mean that God is against such relations?

I have spent my life studying the Bible; it is central to my faith. One thing that has become crystal clear to me is that sometimes the biblical writers (being fallible human beings) were wrong. They certainly misunderstood God when, for instance, they imagined that God wanted Israel to utterly destroy any group of people who stood in their way of taking possession of the promised land.

Did God really command Saul to kill even the women and children of the Amalekites as the Bible says in 1 Samuel 15:1-3? (“Thus says the Lord of hosts . . . Now go and attack Amalek, and utterly destroy all that they have; do not spare them, but kill both man and woman, child and infant, ox and sheep, camel and donkey.”) Is this the God of Jesus who tells us to love our enemies, to pray for them and do good by them? I don’t think so.

Some biblical writers were wrong in believing that women were inherently and morally inferior to men and incompetent to lead as 1 Timothy 2:11-14 teaches. (“I permit no woman to teach or to have authority over a man; she is to keep silent. For Adam was formed first, then Eve; and Adam was not deceived, but the woman was deceived and became a transgressor.”)

And let’s be honest about biblical sexual mores. The sexual mores condoned in the patriarchal culture of the biblical world almost always favored male power and preferences. Consider the following sexual mores found in the Old Testament:

— Polygamy (many wives) and concubinage (a woman living with a man to whom she is not married) were regularly practiced throughout the Old Testament without a word of condemnation by any biblical writer. Not a single judgmental word. Even Genesis 2:24 (“Therefore a man leaves his father and his mother and clings to his wife, and they become one flesh.”), which Jesus referenced in his argument against divorce, was never understood in Israel as excluding polygamy. They believed that through the act of sexual intercourse a man could become “one flesh” with more than one woman.

— Prostitution was considered quite natural and necessary as a safeguard of the virginity of brides and property rights of husbands (Gen. 38:12-19; Josh. 2:1-7).

— When a married man in Israel died childless, his widow was to have intercourse with his eldest brother. If he died without producing an heir, she turned to the next brother (serial polygamy?), and if necessary to the next, and so on. Jesus mentions this practice without any criticism (Mark 12:18-27).

— I suspect many Christians would be surprised to learn that the Old Testament nowhere explicitly prohibits sexual relations between unmarried consenting heterosexual adults, as long as the woman’s economic value was not compromised.

So does the Bible, in fact, present a clear and consistent sexual ethic? Clearly not. Any honest and sincere interpreter of Scripture who is truly interested in truth should admit this.

And what contemporary Christian would argue today in favor of slavery, even though there are clearly some biblical passages that condone and support it? Most interpreters (even those who believe in biblical inerrancy) understand that there is a deeper tenor and ethos of Scripture that emerged from Israel’s experience of the Exodus and from the life and teachings of Jesus: namely, that God identifies with the outcast and marginalized, and God’s passion is to liberate the oppressed.

And now for a Pertinent Meme break:

The above logic should also be applied to the handful of biblical texts that condemn excessive and exploitative same-sex behavior while saying nothing whatsoever about committed same-sex relationships.

So why do so many Christians today reject what we know about sexual orientation, and insist that the Bible is clear and right when condemning same-sex relations? I believe their biblical literalism (their false claim that the teachings of Scripture are clear) and their deluded concept of holiness (their contention that all same-sex relations are sinful) are nothing more than a cover for deeply entrenched prejudice and fear that they are unwilling to acknowledge lies buried within them.

Every interpreter and faith community must pick and choose which texts will have authority in their lives and communities. Such choice is necessary and inevitable. So the question is: What will guide our picking and choosing?

I would advocate that we use reason, common sense, our best judgement of what is good, right, just, fair and loving—all informed by the clear and obvious themes that pervade the Jesus tradition in the New Testament through which Christians should filter all other Scripture.

Isn’t it interesting that Jesus says nothing about same-sex relations or relationships? Not a single word of judgment. What Jesus does condemn, however, are attitudes and actions rooted in prejudice, greed, and intolerance, and he exhorts us to treat others the way we would want to be treated.

I believe all sexual mores should be critiqued by the love ethic of Jesus. Such a love ethic is mutual, caring, loving, and non-exploitative. Jesus challenges everyone–gay, straight, and everywhere in between or beyond–to question their sexual behavior in light of fidelity, honesty, responsibility, and love—in light, that is, of what is truly in the best interest of the other person.

I believe that Christians who condemn LGBTQ persons are not only misinterpreting Scripture and standing on the wrong side of history (like the pro-slavery Christians once were), they are also betraying the very one they call their Lord.

I suppose that we all (and I’m certainly no exception) have called evil good in order to justify some bias that we pass off as holiness. We all have blind spots. However, we become more aware of our blind spots as we grow in spiritual awareness, sensitivity, compassion, and love.

Christians who condemn LGBTQ persons pursue a false holiness, one they can measure, mandate, control. Too often they do not seem to be interested in the holiness of grace grounded in honesty and humility, and expressed through acceptance and inclusion.

As a consequence of the gradual spiritual and moral evolution of our society (often three steps forward and two steps back), the blindness of Christian pro-slavery advocates was eventually exposed. Despite the biblical passages that condone the practice, they know it is morally wrong. I am hopeful that the day will come when Christian anti-gay proponents will come to their senses and realize that their condemnation of LGBTQ persons and opposition to same-sex marriage is similarly morally wrong. Or at the very least I am hopeful that their anti-gay bias will be clearly exposed by society at large as non-Christian.

[Speaking of Baptist pastors who get it. And Baptists who really, really don’t… — ed.]

July 9, 2014
From the Christian mother of a transgender teen
Next Post 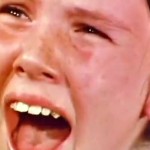 July 18, 2014 Left Behind (for being gay)
Recent Comments
0 | Leave a Comment
"6 Bible results for "be kind":2 Chronicles 10:7They replied, “If you will be kind to ..."
Jim E Jones Seven ways Christians blow it
"Uh...no?"
Tiny J Seven ways Christians blow it
"GOd came to save us from eternal separation from God by dying on a cross?Do ..."
Bones Did Jesus speak more about Hell ..."
"Eternal separation from God"
SPH Did Jesus speak more about Hell ..."
Browse Our Archives
Related posts from Unfundamentalist Christians