The Quest for the Historical Jesus: Part Two 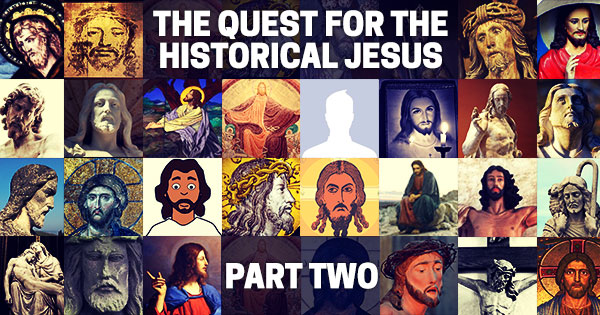 In my previous post, I said that the crucifixion of Jesus of Nazareth is perhaps the most sure thing we can know about him, based on the double contemporary attestation from non-Christian sources within one hundred years of Jesus’s death.

Historians use a technique called reconstruction to flesh out their sketches of the Historical Jesus. They start with the most basic and indisputable facts, and then add and subtract from the evidence based on what those facts say.

Based on our non-Christian independent sources (Josephus and Tacitus), we can identify the following facts about the Jesus:

From there, we can consider our primary sources, the Gospels. Remember that when viewed simply as documents primarily concerned with exalting Jesus (and expressing the authors’ already-held convictions), we can’t take their claims at face-value. Everything must be measured against our more concrete knowledge about Jesus, as well as the background of 1st-century Palestine.

Mark, Matthew, and Luke are called the synoptics because they share many similarities. Mark was written first, around 70 CE. Matthew and Luke’s relationships to Mark and to each other can be explained in two ways: the 2-source theory claims that they each used Mark along with another source (nicknamed Q) that has since been lost to history. The alternative theory (which is more widely accepted outside of the US, but is still controversial) is that Luke used Matthew as a source.

John, the Fourth Gospel, was written in the 1st century and is generally disregarded by scholars as a valid historical source. Although it does get some details right, these are most likely because it uses one of the synoptics as a source.

We also have several “apocryphal” gospels that were found at Nag Hammadi. Most are of little historical value, but one, called the Gospel of Thomas, is sometimes dated as early as the 50s CE, and according to Uta Ranke-Heinemann “bears all the marks of authenticity.”

Thomas is a “sayings gospel,” which means that it is a collection of sayings attributed to Jesus without any narrative. It shares much in common with Q, which is also thought to have been a sayings gospel.

Since it’s the earliest, Mark gives the best general narrative of Jesus’s ministry. In Mark there is no Christmas story; we begin with Jesus’s baptism by John the Baptist. Next, Jesus travels throughout Galilee, preaching and healing and gathering followers. After about a year, he and his followers travel to Jerusalem for Passover, where he “cleanses” the great Temple, and is crucified soon after.

Our oldest manuscripts of Mark end at 16:8, when Mary Magdalene and other women find the stone in front of Jesus’s tomb moved. There is no appearance of the risen Jesus, instead the text ends abruptly, saying that the women “said nothing to anyone, for they were afraid.”

Based on Mark’s narrative, we can add a few more items to our list of facts about the Historical Jesus:

Now we can begin reconstructing more facts about Jesus’s life by postulating claims, presenting the evidence, and drawing conclusions. I’ll use a claim of my own as an example:

Claim:
Jesus began as a disciple of John the Baptist.

Evidence:
We can be confident in Jesus’s baptism by John based on the “criterion of embarrassment.” Since the Gospels intended to exalt Jesus, it’s unlikely they would have fabricated a story where another figure had authority over Jesus. Therefore the baptism is most likely historical.

Next, we look at how the successive Gospels treat the relationship between Jesus and John. In Mark, John foretells Jesus; in Matthew, John protests Jesus’s request for baptism; in Luke, the baptism is rushed and diminished in favor of God’s exaltation of Jesus; and finally in the Fourth Gospel, the baptism is ignored altogether.

Finally, we examine Jesus’s and John’s messages. John preached a baptism of repentance “for the forgiveness of sins,” as well as the coming Kingdom of [God], both topics Jesus also spoke about. He also, like Jesus, was executed by the State (Herod Antipas in Galilee for John, Pontius Pilate in Judea for Jesus), pointing to an anti-establishment bent in both their movements.

Based on this evidence, it seems likely that Jesus was more than simply baptized by John. He was probably a disciple of John and spent considerable time learning from him.

In my next post, I’ll explore Jesus’s social and political background as our picture of him continues to develop… 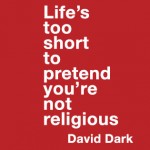 February 8, 2016
Review: Life's Too Short to Pretend You're Not Religious
Next Post 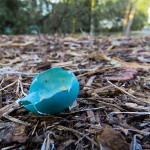