From Protester to Peacemaker: A Day in the Life of a (Former) Sidewalk Counselor 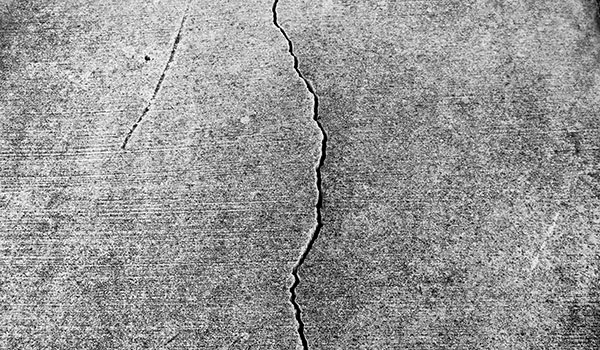 I can’t remember what it was that prompted me. Maybe someone from church had sent me an email with an article or photo that struck a chord. Whatever the reason, there I was at 1 a.m. in front of the computer furiously searching, and reading, and staring, and crying, and searching some more.

I knew what abortion was. More than a few people had tried to convince me to have one when I got pregnant at sixteen. I knew what it was. But I didn’t know what it was. As I clicked through photo after gruesome photo, bile rose in my throat. I stared down at my own baby, asleep at my breast, and sobbed. I had to do something. And so, with sincere intentions, I started down the path to becoming a person I would later grow to hate.

Over the next year, I became involved with an organization called the Pro-life Action League. A sweet older couple, Jim and Barbara (not their real names), befriended me over the phone, and began to train me to become a “warrior for the unborn.” They were thrilled with my enthusiasm, and thought my young age made me the perfect candidate for making clinic calls. These calls were critical, because in order to successfully protest, we needed to know what days the clinic would be performing abortions in any given week.

The clinic worker would ask some routine questions, like when was the first day of my last period? How old was I? By the end of the call, I’d have an appointment scheduled under a fake name, and we’d have all the information we needed. Plus, there would be one less appointment available for someone who really wanted an abortion.

I wouldn’t have admitted it at the time, but being so deceitful made me feel guilty. The clinic workers were caring and seemed genuinely concerned for me and my bogus predicament. The guilt was fleeting though, quickly shoved aside by my thriving sense of moral superiority. I was doing God’s work: if that required a white lie here or there, then so be it.

After my initiation making clinic calls, I was ready to become a sidewalk counselor. It was the sidewalk counselors’ job to stand, usually with signs, as close as they could to the clinic without breaking the law, and try to convince the women walking in to change their minds. I was giddy excited.

It was still dark out when I made the drive to the EPOC (Every Person’s Own Choice) Clinic in Orlando that first morning. It was chilly, but just Florida chilly. Spotting the clinic, I parked down the street a little and walked to meet Jim and Barbara. They were grinning from ear to ear, and had gifts for me.

One was a small plastic model of a fetus at about 8 weeks gestation–about how far along these women would be, on average. They also gave me a gold-toned pin that I learned was called a “precious feet” pin–the approximate size and shape of a fetus’ feet at 10 weeks gestation. The last thing they handed me was my sign to hold for the day. It was a giant close-up photograph of a mangled fetus, laid out next to a coin for size comparison. There were tiny hands and feet. It was grisly and awful.

We spread out along the length of the sidewalk and waited. Before long, a car pulled into the parking lot. A couple lingered in their car for a few moments, then started toward the front of the building. The man, in an untucked white dress shirt and khakis, scowled at my sign, then stared at my son, asleep in his car seat next to me, and said “Isn’t it a little cold out here for that small child?” His wife kept her eyes down and clutched his hand so hard her knuckles were white. We collectively rolled our eyes and ignored him, but as soon as they got inside, Barbara threw her head back and shook with laughter. “Can you believe he’s pretending to be concerned for your baby?! Ugh.”

Only a few more people would come through the clinic that day. The last arrived by herself in a powder blue Dodge Neon that looked like it’d been primed for painting years ago but had never gotten any further. When she got out of the car, tears were streaming down her cheeks, and she walked as though silently willing herself to take each step. She couldn’t have been a day over sixteen–in fact, she looked much younger. She looked at us, eyes pleading. They seemed to say “Please help me! Please don’t talk to me! Talk me out of this! Talk me into this!”

“You don’t have to kill your baby,” Jim offered as he held out a pamphlet which illustrated the milestones of a fetus at different stages of growth. She reached out and took the pamphlet, then quickened her step to get inside. We prayed she’d read it in the waiting room and have a change of heart. We didn’t see her again.

I wish I could say I went home that night and tearfully considered the plight of each woman who’d crossed my combative path at the EPOC Clinic. I wish I could say I fell on my knees in prayer, not for the lives of those unseen, unaware, and unformed–but for the hurting sisters whose pain I’d seen clearly.

The terrified teenager who was so conflicted she looked as if she might crumble at our feet. The couple who, for all I knew, had learned their wanted child had some terrible disease that would cause him a short lifetime of pain, and were doing the most loving thing they could do, in spite of broken hearts. The woman in her thirties whose hairstyle reminded me of my mother’s–perhaps the ancient car she drove to the clinic had two car seats in the back, covered in Cheerio dust and sticky fingerprints. I wish I’d remembered my own sleepless nights and hoped she could find some relief. But I didn’t.

I’d like to say I received a divine revelation, and that God Himself burst the noxious bubble I was living in, where there were no shades of gray, and the line between good and evil was always just left of me. But that wouldn’t happen for another ten years or so. No, I made my little family some Hamburger Helper, watched a movie, and went to bed. In the morning I awoke with renewed purpose to convince every woman to choose my path.

I wish I could go back with new eyes and have compassion, knowing that each of those women’s lives were a beautiful tapestry in progress, and that that day, for them, was a small picture within a much larger one–that in all likelihood the choice they made that day was responsible for ensuring they could continue their tapestry. I wish I’d made it easier on them.

We humans have a way of convincing ourselves of our utter rightness. We close our minds and close our hearts. We flail wildly about, oblivious to the destruction being left in our wake. If we’re lucky, we eventually bump into something hard enough to make us look around and come to our senses. Hopefully, we begin to pick up the pieces and rebuild a life we can be proud of. A life that does good instead of harm. One that begets encouragement–that respects, and cheers, and lifts, and lightens. I’m getting there.

About Sandy Daniels
Sandy Daniels is a recovering fundamentalist turned perpetual cynic. She’s a student and a married mom of four who almost never does any actual writing. She’s a riot on Facebook, though. 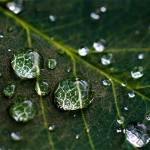 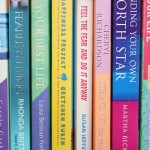