The Dangers of Russian Dolls: Finding the T in LGBT

The Dangers of Russian Dolls: Finding the T in LGBT August 10, 2016 Guest Contributor 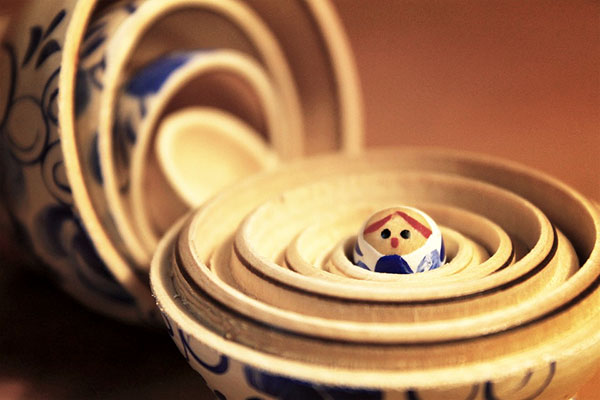 For reasons of safety and common bond we spend our lives as part of communities that resemble matryoshka dolls, the wooden Russian toys that nest inside one another, each doll hiding a smaller one. And so our communities contain other communities: family, locality, work, race, gender, hobbies, and many more.

Growing up, I was part of at least a dozen such communities, and some of the most personal ones were also the most misunderstood and ignored–concealed and subsumed by broader, more prominent groups. Today, it seems that little has changed. I am still part of many communities, some dating back to childhood (since family is a community), but I find that being Trans, nestled within the larger LGBT matryoshka, is often harmful.

Both in Europe (where I come from) and the United States, the LGBT community (possibly adding other letters or symbols) is usually spoken of as if it is monolithic, a single group with a shared identity and bond–but it is not. The well-loved British (and gay) actor Christopher Biggins recently claimed that bisexuals are just gay people in denial and even the cause of the AIDS epidemic. Until last year, Stonewall, the leading UK LGB charity and advocacy group, excluded Trans people, even though Trans people led the 1969 Stonewall riots which sparked the gay rights movement.

People refer to the successes made by LGBT groups and cite issues that don’t fully concern the Trans movement. In debates about the “sinfulness” of LGBT people, Christian extremists cite the same six verses to prove LGBT “sin”–though none of those verses apply to Trans people. In their eyes, we are guilty by association: our gender identity issues mean we must be “gay” too, because, after all, we are LGBT! They rarely, if ever, mention the single verse in the Bible that talks about crossdressing, perhaps because they recognize that a doctrine cannot be built on one verse, or that the context makes it clear that the reference is no longer relevant.

Almost as problematic are those who seek to defend LGB people from Christian fundamentalism, but make the same error and include Trans in their debates about sexuality and sexual orientation, when it is a separate issue. They often omit any explicit mention of Trans issues and fail to acknowledge the unique identity of Trans people, confusing the issues to the detriment of all.

There is some evidence in the UK that approximately half the Trans community don’t see themselves as part of the LGBT community, or if they, do only in a political sense. Like many Trans people, I am straight, and so I do not consider myself part of the L, G, or B movements.

The more we foster the myth that LGB and T are the same, the more Trans issues become hidden away within the fight for “gay” rights. I have lost count of the times I have had to correct people who have talked about Trans people experiencing homophobia. We don’t–we experience Transphobia. People often fail to understand the difference between my sex, gender, and gender identity (the former defined by my genitalia, the second by innate neurology, and the latter by my own sense of personhood). Gender and gender identity are regularly treated as one and the same, but in reality they describe very different aspects of a person.

Kim Davis did not oppose Trans rights when she refused to issue marriage licenses, though she probably thought she did since her actions were labeled as “anti-LGBT.” The bathroom bills are not anti-gay or anti-LGBT, they’re primarily anti-Trans, though anti-gay legislation is often passed alongside these bills. I passionately believe in same-sex marriage, but for me it is far less important than having my gender reassignment treatment state funded, which the European Court of Human Rights declared nearly a decade ago is included in the right to respect for private life.

As a woman, I also support a woman’s right to choose, as well as her right to live life free from violence. But unfortunately, I rarely see women’s groups campaigning for my rights to hormones or surgery alongside these issues. Such one-way streets stretch the common bond and break the sense of community.

Being Trans can feel like being the smallest matryoshka hidden away in the center–by the time people get to us, they are bored, the novelty has worn off, the resources are used up, and there is no energy or will to stand with us. And so the Trans community is too often relegated to an afterthought, a letter tacked on to the end, a secondary community that is easily ignored.

Do Trans people really share a mutual bond with the LGB community? Or are our issues unique enough–and important enough–to stand on their own, free from the stifling layers of other communities?

Lauren Salerno was raised a Catholic, became a born again Pentecostal and Charismatic with 20+ years in ministry of one sort or another, then studied and explored as many expressions as possible, and is still on a journey. Post-Catholic, post-evangelical, semi-Pelagian, a believer in Theosis with a Twist of Cassian, Athanasius, Pseudo-Dionysus, Celtic church, and New Monasticism–oh yes and a Trans woman trained in theology, though neither of those really matter … 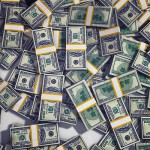 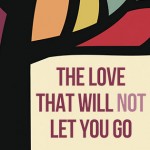