Gagnon out at PC(USA) Seminary

Finally, Robert Gagnon – the anti-gay theologian whose abuse of scholarship was rivaled only by his abuse of people – is out at Pittsburgh Theological Seminary. A link that once led to his faculty webpage there has been 404’d, and Gagnon himself has issued a breathless statement on Facebook about his departure.

This one was not really hard to see coming. Pittsburgh Theological Seminary is affiliated with the LGBT-affirming Presbyterian Church (USA) denomination, and his virulent, often erratic behavior toward anyone who disagrees with him is not the sort of thing institutions typically wish from their scholars. Indeed, Gagnon has a penchant for cherry-picking or outright rejecting mainstream scholarship (and even entire fields of study), and anyone who engages in such practices does not belong in an academic institution.

Gagnon himself appears to realize this, as, in the announcement of his resignation, he pines for employment at an evangelical institution, noting (correctly) that “it seems unlikely, given my stances on sexual ethics and Scripture, that any university religion department or mainline denominational seminary would take me.” It’s amusing how Gagnon truncates his tendency lump gays and lesbians in with pedophiles and his obsession with the “perversion” of LGBT people as merely “sexual ethics and Scripture,” but I digress.

More likely, institutions will be loath to hire him because of his baleful demeanor (he spent a great deal of last year setting out to “prove” President Obama was a bisexual – yes, really), but even aside from that, because his scholarship falls far outside of mainstream consensus in a variety of fields. Gagnon knows this, which is why he states that God is calling him to an evangelical institution. By “evangelical,” I think Gagnon means those institutions that do not generally pay heed to peer-reviewed scholarship in academia at large, but instead hew to a specific set of ideologies and require their faculty to play within that limited sandbox.

I’ve written about Gagnon for a long time now, and though I didn’t realize it until years later, he apparently treated me to one of his thousands-word-long rebuttals back in 2015. In it, he accuses me of all number of sins, but he specifically claims I’ve misrepresented his take on ancient sexuality. He offers this summary of his position:

“I have never argued that everyone in the ancient world believed in a rudimentary view of sexual orientation. I have always only contended that some did; that therefore Paul could have believed something similar and still rejected homosexual practice, just as he rejected numerous behaviors that were the product of innate but sinful sexual urges.”

Let’s assume I did misrepresent his stance in the past and just focus on his own summary: “Some” people in the ancient world conceived of something similar to the modern concept of sexual orientation, so unworked-out that Gagnon himself calls it “rudimentary.” He then extrapolates that Paul “could have believed something similar” (i.e., this “rudimentary” view). Gagnon then takes these shaky conditionals on to the next problematic leg of his overall sexual theory, again saying I’ve misrepresented him:

“I also have never claimed (contrary to what Burrows says about me) that there are no differences between the ancient view of orientation and our own; only that there is enough similarity to reject the contention that we have such radically new knowledge about homosexual practice as to allow us to reject the strong, pervasive, absolute, and countercultural biblical witness against it.”

Here, in his own words, is Gagnon’s position: that “some” people in antiquity had a “rudimentary” view of “sexual orientation,” meaning a writer like Paul “could have believed something similar,” and that this “rudimentary” view represents “enough similarity” to reject the contention that we have “radically new knowledge” which might lead us to, say, treat any homophobia we see in the Bible as merely a contextual artifact of its time (i.e., ignorant of the scientific and medical witnesses that say otherwise).

All of Gagnon’s sexual theology hinges on this line of reasoning, but in fact we do have “radically new knowledge,” in that we have a host of scientific and medical disciplines that did not exist in the ancient world, and it is very difficult to suggest that their absence in the ancient world amounts to something of no consequence.

That is why Gagnon and his ilk do their best to discredit these modern disciplines, and to suggest that fringe organizations like those he cites in his book are to be believed over the vast consensus of modern psychologists, psychiatrists, and medical professionals on this score. When pressed, many anti-gay scholars summarily dismiss the positions of the American Psychological Association and others as merely beholden to a “homosexualist agenda”; they proudly announce themselves outside the mainstream on these issues. Because it’s a hard sell to suggest that the ancients had the same handle on modern medicine and psychology as we do, Gagnon and others are therefore left with discrediting entire fields of study that don’t accord with the “biblical witness” against same-sex desire.

And that, in a nutshell, is probably why he no longer teaches in a mainline seminary and why he will likely never find employment at one again or, for that matter, at any secular academic institution.

Gagnon is an anti-gay rationalist. He believes that being gay is a perversion, and so he takes that pre-existing belief, adds a lot of “some people” and “could have” pieces of partial evidence, rejects whole bodies of scholarship and professional consensus to the contrary, and makes a cottage industry out of telling LGBT people that their attractions are sinful and an affront to God.

Whatever nuances of opinion he might have on this score, and whatever motivations he has for pursuing his anti-gay crusade, that rationalization is Gagnon’s raison d’être, and it strains credulity. Pittsburgh Theological Seminary was right to part ways with him, and its reputation for inclusion and serious scholarship can only improve as a result. 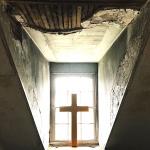 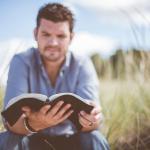 August 24, 2017 When the Bible Doesn't Give You History
Recent Comments
0 | Leave a Comment
Browse Our Archives
Related posts from Unfundamentalist Christians