Glitter Is Serious Business: The Story Behind Glitter Ash Wednesday 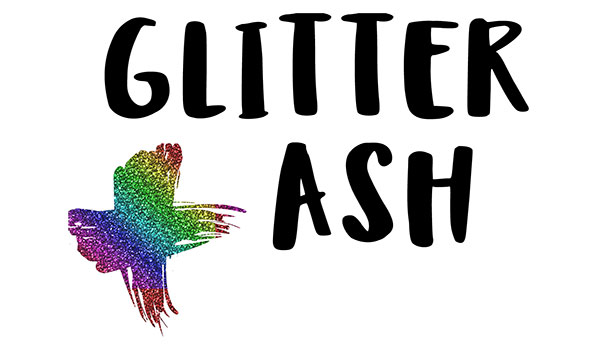 Glitter is serious business.  No, really.

On March 1st, as the Christian world enters the holy season of Lent, LGBT and LGBT affirming clergy will be offering ashes mixed with a bit of purple glitter as a means of welcoming LGBT people who may have felt rejected by the church and as an affirmation of God’s love for all. The project is a partnership between Parity, Liz Edman (the author of Queer Virtue), and Metropolitan Community Churches, and has clergy from a variety of denominations who will be participating throughout the country, currently in eleven states.

Parity has been receiving criticism that our Glitter Ash Wednesday project is “Blasphemy!” “Save glitter for Fat Tuesday,” some critics say, because glitter betrays the “somber time that is Ash Wednesday.”

We disagree. In fact, the whole point of Glitter Ash Wednesday is to reflect the deep, somber, serious faith in Jesus’ life, death, and resurrection that millions of queer Christians have. And yes, there are millions of us queer and queer positive Christians. Surprised? No wonder, because the lie gets told over and over again that “God hates fags” and that homosexuality is sinful. Precious few queer Christians survive the hate and make it through to become visible members of the church.

I spent five years working with LGBTQ+ youth and their families in Utah, and saw time and again hundreds of youth and children kicked out for being–or even seeming–LGBTQ+. Parents told their kids, “I wish you had never been born” and even “I wish you were dead.” One week eight young people died by suicide. One night a young girl slept in the snow because her parents told her to leave at bedtime. One Christmas a young teen found himself with a suitcase and no place to go. One trans girl, kicked out by her father the Bishop, walked for miles to “safety,” only to be assaulted again and again.

And why? Because of the misplaced belief that God hates queer people. That queer people are not born that way, that they need to change or face the consequences of their sin. The still burgeoning field of “reparative therapy” attests to that, with thousands of people to this day subjected to terrifying experiences, including physical punishment, all trying to win God’s (and parental) love.

“Throw religion out!” is the rallying cry, and no wonder. While 20% of mainstream Americans don’t identify with a religion, 50% of LGBTQ identified people refuse religious affiliation. Some say this is further proof that God hates gay people, that gay people hate God back. My experience with queer youth, especially queer homeless youth, shows the opposite: spiritually gifted people whose gifts are denied long enough that they no longer even try.

What happens when queer people lose faith? The majority wins. The very people who say God hates gay people are the people who control churches, communities, and governments. Laws are passed, and the cycle continues. Try telling a trans kid that the reason they can’t use the bathroom that matches their gender identity is because “God made Adam and Eve,” and watch their face fall and then harden. Religion is killing kids and expelling them from their homes. Religion is excluding queer people from assuming leadership positions.

But Jesus despised religion and loved people who were hated and excluded–He gathered them to Himself. This Glitter Ash Wednesday, queer Christians are not being silly and disrespectful. They are claiming their birthright as children of a God that loves them, exactly as who they are. These queer and queer positive Christians are claiming the journey that is Lent, towards the persecution and death of Jesus. And these queer and queer positive Christians also claim the resurrection of Jesus. For when those ashes sparkle, that glitter shines, it is a reflection of the very light and life of Christ Himself, given up as a gift for all people. Queer Christians claim that gift, on Ash Wednesday, for all to see.

Rev. Marian Edmonds-Allen is the Executive Director of Parity, a faith-based organization that works to empower LGBTQ and allied people as they explore the intersections of their spiritual, gender and sexual identities. Parity offers a range of education and advocacy programs for adults and youth, and supports new and prospective LGBTQ faith and social justice leaders. Find out more at parity.nyc. 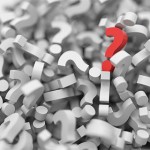 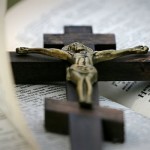 February 27, 2017 Deceived by God's Word
Recent Comments
0 | Leave a Comment
"6 Bible results for "be kind":2 Chronicles 10:7They replied, “If you will be kind to ..."
Jim E Jones Seven ways Christians blow it
"Uh...no?"
Tiny J Seven ways Christians blow it
"GOd came to save us from eternal separation from God by dying on a cross?Do ..."
Bones Did Jesus speak more about Hell ..."
"Eternal separation from God"
SPH Did Jesus speak more about Hell ..."
Browse Our Archives
Related posts from Unfundamentalist Christians