Parenting Advice that Correlates with Abuse

There are certain questions which inform my faith and shape my writing. Perhaps the most haunting question for me right now is, “What do the rampant abuses within Evangelicalism tell me about my own systems of belief?” The attempt to address this question has forced me to explore the gray areas, the often uncomfortable liminal space that occurs as I try to cross the divide between complicity and challenge, participation and protest.

One area I have found these lines to blur regularly is the realm of Christian parenting advice.

As I explored in a recent post, there is often a strong dissonance which occurs between the parenting advice inherent to Evangelical Christian culture and the teachings of Jesus, the central human figure – and also ironically the deity – around whom we claim to base our beliefs. I even went so far as to say that much of the most popular parenting advice within evangelical circles is little more than a thinly “Christianized” version of the classic grooming behavior used by abusers.

With this post, I want to take this premise a step further. I want to propose that there is a direct correlation between a pastor’s views on parenting and their response to situations of abuse.

I can think of a lot of very obvious examples of leaders who advocate strict corporal punishment and have poor track records on abuse.

James Dobson once advised an abused woman to publicly provoke her husband to violence in order to “prove” the abuse was occurring.

Voddie Baucham argues that severe abuse is never a grounds for divorce.

Doug Wilson states that women who refuse to submit to men are asking to be raped.

The Duggars covered up the fact that their oldest son committed multiple sexual assaults on minors.

The teachings of the Pearls have been directly linked to children dying from abuse.

Bill Gothard has been accused of sexually assaulting dozens of women and girls.

All of these are well known, and plenty of other writers have devoted considerable time to tracing the correlation between systems of corporal punishment and views of abuse. However, I think it would better serve our purpose to look at how these ideas play out in the theology of a celebrity pastor well known for his teachings, but not for his advice on parenting. Will this seeming correlation continue?

The following example will prove enlightening.

John Piper advocates spanking as a “clean” and easy solution to misbehavior. Conversely, he sees timeouts with the purpose of reflection and learning from negative behaviors as a “wicked way to punish a child.”  In his mind, spanking is “relieving” to a child because “he has done atonement.”  He even holds that, according to Matthew 5, Jesus himself would have spanked children because he kept all the Old Testament Law.  Piper of course cites the book of Proverbs (?!) as containing “Law” which prescribes corporal punishment.

Piper also asserts that all punishment must be directly proportionate to the “evil” deed a child has committed. He says that God teaches us how to discipline our children by giving us his own example. And in case you wonder how God teaches us to discipline, he spanks his children until we are broken-willed and bleeding.

It is also noteworthy that John Piper argues that everything that happens to us, every instance of suffering and pain, is an intentional act of God to train us in righteousness and bring himself glory. There is nothing that happens which is not precisely what God foreordained for his own glorification. 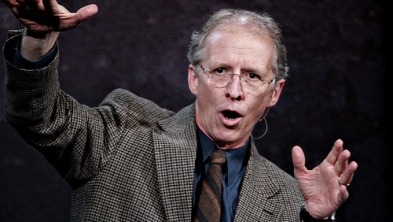 Sadly, it seems these views carry over to his treatment of abuse. For instance, John Piper once stated that a woman should endure abuse “for a season” even being willing to submit to her husband by being smacked around “for a night.”

When pressed to clarify, he advised calling the police if abused. However, he also emphasized the importance of church mediation and said a wife must contact the authorities with a spirit of submission, always seeking her husband’s good and never subverting his authority over her.

These are troubling views to be held by a man who holds leadership positions within both The Gospel Coalition and the Council for Biblical Manhood and Womanhood (CBMW). Sadly, it only gets more disturbing.

In fact, despite the very serious allegations that have been leveled against CJ Mahaney – allegations which include accepting bribes to knowingly and intentionally cover up sex abuse by silencing victims – Piper has stood by Mahaney. In 2013, Piper spoke at Sovereign Grace Louisville, the flagship church of Sovereign Grace Ministries (SGM), where CJ Mahaney serves as senior pastor.  During this sermon, Piper expressed unwavering support and called Mahaney’s ministry the work of God.

However, the support has not stopped there. Even though survivors/families from SGM and representatives of SNAP announced they would protest the conference, Piper also spoke at the T4G preconference hosted by CBMW.  Likewise, at the main conference Together for the Gospel 2016, Piper appeared as a speaker alongside Mahaney.

Piper seems to not care at all that the victims of sexual abuse at SGM have been systemically brushed aside and ignored by his fellow presenters at T4G 2016.  In fact, it is T4G’s official position that none of the allegations against Mahaney are credible, despite testimony to the contrary by Grant Layman (Mahaney’s brother in law) and Joshua Harris (Mahaney’s former protege).

It seems that even with a figure as largely influential as John Piper, there can be a line of correlation drawn directly between a staunch commitment to corporal punishment and a profound lack of empathy and justice for victims of systemic abuse within the Evangelical Church.

It is important to note that correlation cannot be confused with causation. It certainly cannot be stated that every person who prescribes spanking will also go to disturbing lengths to cover up abuse, or to support those who do.

But the existence of correlation ought to be enough to lead to some important questions.

How does a view of parenting which sees physical pain as necessary training for raising godly children teach children to respond to abuse from other persons of authority?

Does the view that physical pain must serve a corrective purpose in the home make it difficult for church leaders to respond to instances of abuse?

Does the view that God himself supports and resorts to severe corporal punishment relate to the general evangelical distrust of the stories of child sex abuse survivors?

To what degree is supporting the ministries of men like Piper complicity in the abuses they perpetrate and/or enable?

These are difficult questions without clear answers, but it seems to me it is time to begin asking them.

Nate Sparks is a stay-at-home dad with a Biblical Studies degree from Judson University. His passion for social justice and equality is poured into his work, as he often writes about the theological and practical issues surrounding church abused. His blog, Sparking Conversation, can be found at http://natesparks130.com/. He can be followed on Twitter at the handle @NateSparks130 and Facebook at Nate Sparks. 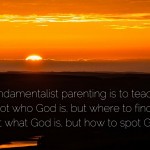 May 2, 2016
Raising Children Beyond the Christian Bubble
Next Post 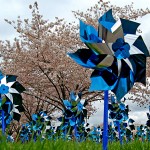 May 5, 2016 How Bathroom Bills Undermine Child Protection
Recent Comments
2 Comments | Leave a Comment
"My apologies for disagreeing. It seems we are completely misunderstanding the word "fear" used in ..."
Phil No, John Piper, Kids Do Not ..."
"TW child abuse as someone who grew up in fundamentalist Christian spaces, I'm pretty sure ..."
Fiver Connolly No, John Piper, Kids Do Not ..."
"I will rather teach my kids not to read materials like this"
None Why Your Children do NOT Need ..."
"*by"
Eli C The Trouble with Easter: How To ..."
Browse Our Archives
Related posts from Unfundamentalist Parenting 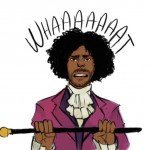