Corporal Punishment is Violence. And Violence Against Children is Abuse.

Whenever the topic of corporal punishment comes up, it seems inevitable that someone will argue that, while some forms of corporal punishment are abusive, not all forms are. “A little smack,” the argument goes, “is innocent enough.” Just a little sting to get the misbehaving child to obey is sometimes necessary.

This is an odd argument because we never split hairs on other issues of abuse. We wouldn’t say it’s ok to scream at your child as long as you don’t scream profanities. We wouldn’t excuse a husband “lightly” smacking his wife and say, “It didn’t leave a bruise, so it’s ok.” We don’t draw “shades” of sexual abuse, saying that grooming is ok as long as it does not unfold into full-blown rape. Yet when it comes to inflicting physical pain on children, we are ok with excusing it to some extent or another.

Abuse is treating another person in a cruel or violent manner. Corporal punishment is, by definition, the infliction of violence by an adult on a child. It is “physical force intended to hurt.” We can argue whether or not that violence is justified, but it is violence, period. For many people, the violence is not particularly significant in their minds—a quick swat followed by hugs and tears and reconciliation. But it remains true that the initial act—the striking of a small person by a bigger person—is violent by nature. Testimonies from people who grew up spanked show us that, no, it does not hurt you more than it hurts them. It hurts them a lot, even when the pain inflicted is light. This is because the act is inherently a violent one, and it tears apart the natural bond of trust between parent and child.

Science shows us that corporal punishment spikes children’s cortisol levels, initiating a fight, flight, or freeze response in them—just like any other trauma would do. In a typical corporal punishment situation, the child can neither fight nor flee, so they freeze, causing damage to the brain and body and increasing the chances of future misbehavior due to pain desensitization and chemical dysregulation. So whether corporal punishment is done with “love” or not, it has the same chemical impact on a child.

Proponents of corporal punishment try to divide violence into abusive and non-abusive forms: spanking a child is non-abusive violence, they say, and different from beating a child until they are bruised. But this, again, is splitting hairs in order to justify violence—violence that leads to the same effects in children. Both spanking and beating involve an adult striking a child in order to cause that child enough pain to force obedience. And inflicting pain on another human in order to force them to obey you would be considered abuse in any other context.

Let’s look at an example of such justifications. The famous Calvinist preacher John Piper wrote an article entitled, “Would Jesus Spank a Child?” In it, Piper argues (poorly) that yes, Jesus would spank a child. This is because “the Law says, ‘Spare the rod, spoil the child,’” even though that phrase is actually from a bawdy English poem skewering fundamentalists, not the Bible. Granted, Proverbs comes close with the phrase, “He that spares the rod hates his child.” But there are two things to consider here: (1) Proverbs was written by one of the worst family men in history, King Solomon. Solomon was a womanizing failure of a father, whose son Rehoboam grew up to be extraordinarily violent and abusive. Solomon certainly had wisdom, but his parenting wisdom was lacking. And (2) “The rod” does not imply corporal punishment. In Psalm 23:4, King David writes, “Your rod and staff comfort me.” The rod was used as a defense tool by shepherds against wolves, not as a weapon to beat disobedient sheep.

These facts aside, Piper insists that he would spank children—in fact, he would “go to jail over that issue!” he exclaims. This is because “God brings pain into our lives,” and therefore parents should do likewise to the lives of their children. Piper explains that, “Hebrews 12:6 makes the direct connection: God disciplines every son whom he loves, and spanks everyone that he delights in (my paraphrase). And the point there is suffering. God brings sufferings into our lives, and the writer of the Hebrews connects it to the parenting of God of his children.”

Naturally, like so many others, Piper draws a line: “Now, you don’t damage a child. You don’t give him a black eye or break his arm.” But why? Why draw the line at a black eye or broken bones? What about bruises? Welts? Red marks? Piper gives no reasoning here. In times past, corporal punishment would be considered incomplete if it did not leave bruises and welts. The fact that Piper draws this line shows that he has already capitulated at least somewhat to new social norms.

Furthermore, the suggestion that parents can inflict on their children the same sorts of suffering God allows in the world is troubling. If God uses suffering to discipline, and God surely allows black eyes and broken bones as part of people’s suffering, why should not adults also beat their children until bruised and broken? Does God use the suffering of rape, too? Piper would surely say so. I recoil at the thought, but Piper is a Calvinist and many Calvinists would argue that God indeed does use horrible things like sexual assault to discipline people. If so, why wouldn’t adults be allowed to rape their children? God allows it, so it must be ok according to this logic.

The better answer here, of course, is that God allows all sorts of things to happen in the world that are not good to emulate in a parent-child relationship. Just because God allows suffering in the world does not mean parents should intentionally make their children suffer. Just because pain exists does not mean parents should intentionally inflict pain on their children.

Additionally, we need to remember that, if Piper wants parents to act like God, God revealed Their nature through Jesus Christ. And Jesus Christ entered this world not as a raging parent, but as a needy, vulnerable child. If parents want to emulate the incarnate God, they would do well to remember Jesus as he walked this earth: as a humble, patient servant who instituted a topsy-turvy kingdom where the first became last and the last became first, where little children are centered and lifted up. Children are seen by Jesus not as disruptions to punish but as central to the message of the Gospel. 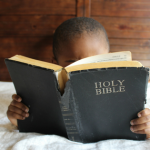 May 29, 2017
Reza Aslan on Raising Spiritual Kids in Interfaith Marriage
Next Post 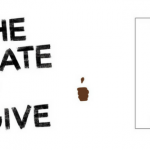 June 1, 2017 The Hate You Give: BLM and Parenting
Recent Comments
0 | Leave a Comment
"My apologies for disagreeing. It seems we are completely misunderstanding the word "fear" used in ..."
Phil No, John Piper, Kids Do Not ..."
"TW child abuse as someone who grew up in fundamentalist Christian spaces, I'm pretty sure ..."
Fiver Connolly No, John Piper, Kids Do Not ..."
"I will rather teach my kids not to read materials like this"
None Why Your Children do NOT Need ..."
"*by"
Eli C The Trouble with Easter: How To ..."
Browse Our Archives
Related posts from Unfundamentalist Parenting 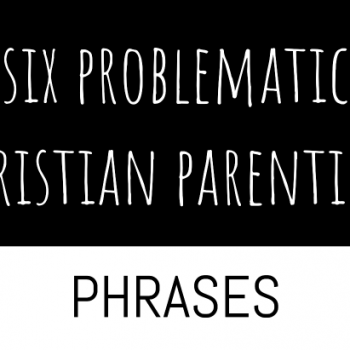 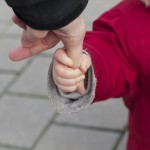