The first time I met Eric Huntsman was at dialysis.  I was with my father, who was lifting himself  from his wheelchair to be weighed after a four-hour dialysis session. Eric introduced himself.  He was at dialysis with his mother, Marilyn, a woman of regal bearing and beauty who was fighting through the last year of her life, with failed kidneys.

When I first met Marilyn, she was in shock because the person in the dialysis chair next to hers had died during the session. As it turned out, the man who had died was my dear friend and mentor, Richard Cracroft. Marilyn’s encounter with him would be reduced to a frightening experience as he finished mortality only a few feet away from her.  Mine spanned forty years.  When I had chatted with Richard a few months earlier, I asked what he was doing in these retirement years.  He answered, “Well, I am mostly about the business of dying.” I heard him express regret that he had been so judgmental during his life, so harsh. He had been gentled by his trials and by those of his children. Richard had also been my stake president just after I went through an excruciating divorce.  At a time when I could not imagine myself as even loveable, let alone worthy, Richard said during my temple recommend interview, “You need the blessings of the temple” and signed my recommend. I have reflected on that many times–his view of the temple as a blessing, not a measurement; his sense that God wanted to bless me regardless of how worthless I felt.

Marilyn,  like Richard, was also “in the business of dying” but still had a little time before her, much of which she spent inspiring others with music.

What all of us, Eric, Marilyn, my dad, and I had in common (beyond dialysis) was our desire to be disciples of Jesus Christ.

When I started Eric’s book, Becoming the Beloved Disciple: Coming Unto Christ through the Gospel of John, I read his tribute to his mother who “told [him] the stories of Jesus”.  I could picture Marilyn and could easily imagine her as a young mother with her son at her knee.  I could imagine some of her life’s peak moments from the few conversations we had had.

I meant to write this review weeks ago, but feel good about doing it today, during the week of changes in the LDS Temple endowment, changes which make it clear that God does not view his daughters as less important than his sons. With these changes as  context, I will focus on one part of Eric’s book—the Savior’s encounter with the Samaritan woman, as depicted in John 4.

Huntsman sets the stage for us to understand the significance of the Samaritan woman’s story.  Using linguistic and historical tools, as he does throughout the book, he points out that the woman’s perceived role as an outsider underscores the truth that Jesus came for everyone. He reminds us that “religiously scrupulous Jews” avoided contact with Samaritans at the time of the encounter, and even that the choice to go through the area where He would find her was unusual.  “The more indirect course through the Jordan valley was in many ways an easier road because it avoided the rugged ter­rain of the Ephraim hill country”, Huntsman says (57). So John’s choice of the words “he must needs go through Samaria” likely indicate that the Lord had a particular mission, perhaps even a particular woman in mind.

Huntsman describes the scene and sets the context:

Jesus meets her at noon, much as Jacob had met Rachel at midday, (Genesis 29:7), an unusual hour because women usu­ally drew water either at dawn or the early evening. As the story unfolds, it becomes apparent that the woman may have come at this uncommon time to avoid other women or because they had shunned her, but the overall reason seems to be symbolic.

There, at the well, the woman and the Messiah (for so he proclaims himself to her) converse. Though he knows all about her life and her sins, he does not condemn her but offers her “living water.” Huntsman points out that “the Greek word that Jesus used for ‘well’ in verse 14, pēgē, is the same one used when the well was introduced in verse 4 and literally means ‘spring’ (in Hebrew, ‘ayin). On the other hand, both times the woman referred to the well in verses 11 and 12, she uses a word that means a common well (Greek, phrear)” (60).

Such insights unfold the significance of this encounter. She is a shunned woman, and  meets the Lord in a compromising situation, when each is alone.  And yet, she is the first to hear him announce his identity.  After she testifies that she knows a Messiah will come, the Lord answers, “I that speak unto thee am he” (John 4:26).

Immediately converted, she runs to tell others that the Messiah has come. Through her conversion, missionary work opens where nobody had anticipated such a possibility. Huntsman declares, “Neither her gender, nor her ethnicity, nor her past life could keep her—or can keep any of us—from becoming part of the body of Christ.”

Huntsman compares the Samaritan woman to Jane Manning James (1822-1908), a black convert to the Church of Jesus Christ of Latter-day Saints at a time when all of African descent were considered cursed and denied priesthood and temple blessings.  In the comparison, Huntsman summarizes Jane’s faithful life but doesn’t detail its painful parts.  Then again, the most painful parts of the Samaritan woman’s story are also omitted when John tells it.  We know only the details which the Savior reveals in his conversation with her (as John reports them), details indicating that he does know how hard her life has been.

Jane James, “like the Samaritan woman,” says Huntsman, “entered into a covenant relationship with the Lord, and in the end, she received all promised blessings” (61).

Indeed. But it was not Jane herself who received her longed-for blessing of the temple endowment, but Linda King Newell, serving as her proxy in 1979, after the priesthood restriction was lifted.  And, as most Mormon historians know, Bathsheba Smith served as Jane’s proxy in 1902, when Jane was “sealed” to Joseph Smith as a servant (not as a child, as she had requested)—an ordinance she herself did not accept. In fact, she continued petitioning the First Presidency for her full endowment, clearly understanding her place in God’s light.  In her letter to President John Taylor on December 27, 1884, she had declared, “”I realize my race and color and can’t expect my endowments as others who are white. . . And God promised Abraham that in his seed all the nations of the earth should be blessed. As this is the fullness of all dispensations — is there no blessing for me?”

Somehow, Jane understood true doctrine, her divine nature, and God’s promises even when those around her were blinded by cultural traditions and perceptions. (I recorded the life history of Jane Manning James, told in her own words, which can be found here.)

Huntsman’s comparison is apt.  Jane truly was like the Samaritan woman. By extension, all of us who have heard the Lord’s voice whisper to our hearts “I that speak unto thee am He” are challenged to hold to that core truth even when we suffer the effects of prejudice, separation, or cruelty. We are invited to rejoice as did the woman at the well, who “left her waterpot, and went her way into the city, and saith to the men,  Come, see a man, which told me all things that ever I did: is not this the Christ?” (John 4:28-29).

I write this two days after receiving the 2019 temple endowment in behalf a woman named Concepcion Hernandez, whose life–which ended a century before mine began–I can only imagine. The words of the ceremony now fully equalize the male and the female before God.  But there is no real surprise in word changes for any who has consistently sought “living water”.  The Lord has declared truth to our hearts, and, like Jane James and the Samaritan woman, we have clung to that understanding, felt it in our cells, recognized it in our eternal DNA.

I tend to notice depictions of the Woman at the Well—which abound in temples and in Relief Society rooms.  I often spend a moment gazing at them.  I muse, “That woman—she’s me.” I go about my days, do my duties, and find that sacred synchronicities simply happen, that unexpected and sometimes revelatory conversations easily interrupt my chores.  I have urged myself to recognize miracles. I hope I would recognize the Lord regardless of how He appeared or what he asked of me.

Eric did not become well-acquainted with my dad, nor did I become well acquainted with his mother.  The fullness of their lives, like that of the Samaritan woman or of Jane James, were known only to them, and even we, their children, had mere glimpses.  Nonetheless, in the Davita dialysis room, Eric Huntsman and I recognized the holiness of the intervals we shared three times a week with the people who had raised us. We were in rugged, difficult terrain at the end of our parents’ lives, shortly before they themselves would meet the Savior.  We needed to be with them to comfort and to bless.  They were the first who introduced us to the name of Jesus Christ, the Messiah, and we had learned to rely on and to enlarge the tesstimony which promised “living water” even in a desert, even in a place full of hospital beds and IVs tethering patients to proxies for their kidneys.

Eric Huntsman’s book is a tribute to everyone who testified to him of Christ.  It is itself an invitation to discipleship. In this review, I have focused specifically on his chapter about the woman at the well, but he illuinates all of the Gospel of John–characters, context, and scriptural passages–through his scholarship and his faith.  It was a joy and an inspiration to read this book. It motivated me to read the Gospel of John again on my own, with my understanding magnified..

Of course, any scholarship on Biblical texts should lead us back to the texts themselves.  Becoming the Beloved Disciple: Coming Unto Christ through the Gospel of John does exactly that. 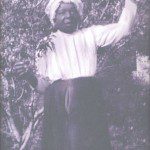 Latter-day Saint
Jane Manning James: Her Life Story in Her...
The Welcome Table 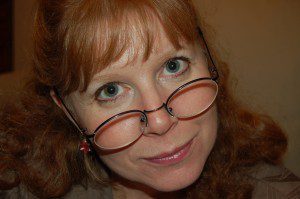 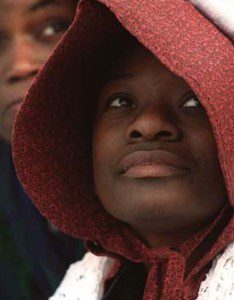