My friend and I recently started watching Supernatural, a show that we had somehow never heard of even though it began in 2005!

It starts out being about two brothers who hunt ghosts and monsters and the writing is excellent. We found it to be immediately very compelling. As it has gone on, it’s morphed into a larger plot and currently (up to where we have so far watched) the Christian Apocalypse is going on.

The episode we saw this week (Episode 19 in season 5: Hammer of the Gods) it seems like they realized that the Christian Gods and Angels is not the only belief system on earth and started wondering what the other Gods were doing while this was going on.

I appreciate that sentiment.

I was willing to just watch the show with its Christian perspective and leave it at that, but at first I was excited that they were bringing up other Gods. Maybe they should have just left it.

Kali and Ganesha are present in this episode.

The premise is that the other Gods in the world are annoyed at the arrogance of the Christian side that they seem to think the world is their’s to destroy whenever they want. So they get together to plan the destruction of Lucifer. (And by get together I mean we have Hindu Gods, Norse Gods, and at least one Roman God).

So far so good. Two problems I have:

The Gods trap a bunch of humans in the hotel where they are meeting to snack on. Apparently all “pagan” Gods like to eat human flesh. I could maybe see Kali participating in such a thing, but Ganesha? Really? No way.

The bigger problem is that the show clearly favors Christianity and the way the episode plays out, it becomes clear that they believe the Christian God is stronger than the other Gods. Lucifer shows up and just straight up kills Ganesha without even having to break his stride. An angel who is stronger than a God? I don’t think so.

Nice try, Supernatural, but next time you want to try to show diversity, just don’t. You’re narrow-minded and I understand that about you, so just leave it be.

I’m not the only one who was upset by this: http://io9.com/5523266/a-rare-supernatural-episode-that-should-not-have-been-made

I want to know what the casting call for this looked like! “We’ve never had an Indian on our show, but we need a girl to play Kali. You interested?” 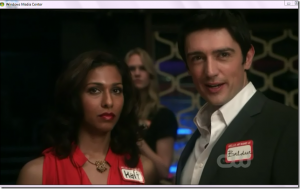 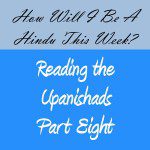 April 15, 2013 Reading the Upanishads: Part Eight
Recent Comments
10 Comments | Leave a Comment
Browse Our Archives
get the latest from
Hindu
Sign up for our newsletter
POPULAR AT PATHEOS Hindu
1