What is Our Duty in Injustice?

The comments on this post got way out of hand and seriously off topic! But it brought up an interesting question for me.  What should our response, as Hindus, be when we hear of injustices in the world?

I have to preface this by saying that I have a very hard time trusting any report I hear through the media. There is no news source that doesn’t have a bias and it is impossible to share information without putting some kind of slant on it. I grew up in the Internet age: I’m very cynical about what I’m told. I’ve seen too many times the way events can be twisted by reporting and you’re only getting pieces of the facts and not the whole story. So when people send me articles about violence happening against Hindus, I’m not sure what to do with that. I’m not there. I can’t know the whole story of what’s going on.

So my response is to meditate, to pray, to try to manifest peace here where I am.

Maybe that is not the right response.

It seems to me that no guru advocates feeling hatred towards others. Proper dharma is about loving everyone as one’s Self. Because they are your Self. We are all one. If you hurt another, you hurt yourself. So what about Arjuna and his battle against his cousins? Krishna tells him to kill because he must. That is the situation that he is in and it has to be done. He has no other choice. All possible ways to avoid war have been tried and have failed. Arjuna is within the structure of a war, he is not a lone gunman taking “justice” into his own hands. And Krishna also tells Arjuna that he can kill without feeling hatred or anger or vindictiveness. The only way to participate in this war in a dharmic way is to not feel hatred towards those against him.

When people send me these articles, it always seems like they are coming from a place of fear and anger, demanding that something be done. Maybe I’m wrong. But I always feel like they are slapping me with the intensity of their hatred.

They tell me that it is our duty as Hindus to fight against adharma (that which is against the correct way). Too often that sounds like an excuse to me. An excuse to give back as good as we get, to fight and hate and hurt as much as we feel it is being done to us. The world does not need more hate. It needs love.

I trust karma to reap its rewards. Those who put hatred into the world get only violence back. I feel that it is my job as a Hindu to practice love.

I also believe in meeting the need that is in front of you. Is it our job to chase adharma? I don’t know. What I have done so far is to stand against injustice as it presents itself in my life. In the day to day moments.  I don’t feel that there is much I can do about rumors and stories from thousands of miles away.

Now, I could be doing more. I could travel to places where injustices occur and work with the victims there to try to make their lives better and I have not done that.

So, I am at a loss. What is it I should be doing to fight adharma in the world?

I don’t entirely know. But I’m starting with focusing on the positive and focusing on love, trusting that those who do evil will have evil brought to them.

[If you want me to say that Hinduism is above all that and would never hurt others, but another religion is evil, I won’t do it. We are all human and we all make mistakes. Hindus are not above that. I love Hinduism and so I do not want to be put in the position of having to dig up and share all the evil things that Hindus have done in the name of their own religion or in the name of protecting themselves. All religions have participated in bad things. Because all religions are made up of people and people get mean when they feel threatened or fearful.  One religion is better than another in only one way, in my opinion: if it is better for that particular person. Every person has a path that speaks to him best and for me that path is Hinduism. It is the Sanatana Dharma. I have no fear that it could ever be harmed. Humans may do terrible things in the name of their religion, but if you go to the religion itself it almost always preaches peace and love.] 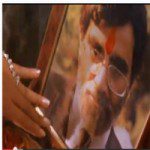 May 1, 2013
Honoring Lost Loved Ones During Your Wedding
Next Post 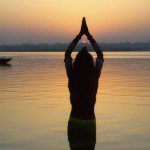 May 3, 2013 Hinduism Doesn't Need Me
Browse Our Archives
get the latest from
Hindu
Sign up for our newsletter
POPULAR AT PATHEOS Hindu
1