When Is a Hat Just a Hat?

Okay, now that you know my deep dark secret, that I am terrifically fascinated with religious head covering, here’s an interesting question…

Where is the line between regular thing you would put on your head and a religious expression?

I find that I have lines drawn in my mind, but I’m not sure that they are accurate or where exactly I have gotten the rules from. Example: hats are fine. We all wear hats in cold weather. Doesn’t say anything about your religion. Hijabs are not okay. Hijabs are worn by Muslim ladies and only Muslim ladies (actually, there are some Pagans who also use hijab styles and I find that very confusing!)

How do we know what it is okay to cover our heads with and what is cultural appropriation?

I’d love to wear a hijab once in a while. Those things are gorgeous! But of course I don’t. Because that would be visibly marking myself and identifying as Muslim, which I definitely am not. Also, wanting to do it just occasionally because it’s pretty is way different from following modesty rules for the sake of God.

Because I have very long hair, I sometimes cover it in order to protect it from the elements, from wind, from car doors, from purse straps. When I was a teenager I was known for wearing snoods frequently. I didn’t mind that I look like an 18th century school marm. I like that look! 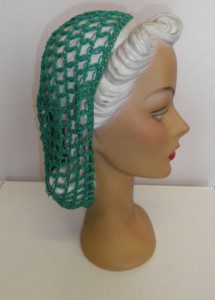 Sometimes I get my hair out of the way with a scarf style wrapped around a bun that’s pretty Jewish looking. I already look like I could easily be Jewish, so that’s a gray area to me. As I mentioned in the other post, I end up accidentally looking frum on a regular basis.

Headscarves are worn by lots of different kinds of people for different reasons. They are not uncommon in Black and Latina communities. Throughout history women of all kinds around the world have worn head coverings of one type or another. Does that make them “fair game”?

Some people have said, there are only so many ways to tie a scarf so it’s okay to do it however you like. I wonder about that. If I were looking for a scarf style to cover my hair to protect it, could I take inspiration from religious head wrapping videos? Doesn’t seem right.

Women who lose their hair for health reasons are often encouraged to wear any kind of head covering they want. Does that lead to confusion in identifying who they are and what they represent?

Can gorgeous head scarves be just fashion? (As I desperately want them to be!)

So, what do you think? What is okay to put on our heads and what would be cultural appropriation? (I’m not getting all worked up about this or anything, just idle curiosity as I’ve been reading head covering blogs this week). 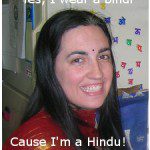 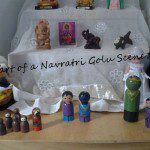