Today I have an interview with a friend from Twitter. What a great name Abhimanyu is! I cry every time at his story in Mahabharata. We both have Mahabharata names! 🙂

Anyway, Abhimanyu was kind enough to answer some interview questions about Hinduism in his life. (My notes in italics).

1) Can you tell us a little about yourself? Your religious background? Where you live?

I am 21 and Hindu. I was born in Gaya (where Buddha got enlightenment)  but presently living in Chennai.

2) What does Hinduism mean to you and to your life?

I connect Hinduism with the Indian civilization. There is no India without Hinduism. So definitely Hinduism is everything to me.I quit my job because through my present job I could have done nothing for the society.

Ambaa: Impressive! That’s real dedication when you make sure that even your work life aligns with the goal of helping others.

Till 3 years back I was more like an agnostic. I used to make fun of gods but today same gods guide me in my life journey.

Ambaa: Which is why I don’t think the Gods take it too personally when we don’t believe in them or make fun of them. They just sit back and wait, knowing that we’ll be coming around eventually!

3) What do you think Hinduism’s most important contribution to the world is?

Hinduism’s most important contribution is the idea of pluralism. Almost every other faith in the world had tried to overpower other faiths. But India provided an honorable home to every persecuted community in the world from jews to zorostrians to Shia Muslims.

This happened because of the philosophies of Sanatan Dharma.

Today’s world needs pluralism and mutual respect for each other but people talk about tolerance. Tolerance is not a good idea because you tolerate others when you feel superior to others.

I believe this idea of pluralism and mutual respect is the next big thing in the human civilization.

Ambaa: I could not have said it better myself! I totally agree. And you make a great point about the word “tolerance.” It does have that negative connotation of just barely being okay with something. The respect of other paths to enlightenment is one of the things I most love about Hinduism.

4) Do people need religion, in your opinion?

People may or may not need gods in their life but they surely need to follow the path of Dharma.

Dharma is central to every religion which originated in India and I think they all have the same concept. I believe even if you don’t worship Mother Durga, she is still with you. Can a mother leave her own children?

Ambaa: Indeed! As I’ve said before, my atheist friends have impressed me with the level of Dharma they uphold.

5) What makes someone a Hindu?

What makes someone a Hindu is really a tough question. But even if I try to find a small answer then I will say its the path of Dharma (though it can be interpreted in different ways by different cultures) and the believing itself that s/he is a Hindu.

Ambaa: You’re right, it is a really tough question! It’s one of the questions that this blog keeps returning to again and again 🙂

6) How has being a Hindu contributed to your life and experience?

This is a good question because I was thinking for the last 2 years what is my role in this world. Am I here just to enjoy this world or I have some duties to perform or why there is life and stuff like that.

Whenever I listen the story of Ramayana, I find only one thing in the epic —– sacrifice. Lord Ram sacrificed for his mother, Mother Sita sacrificed her life for Lord Ram and for the society which never respected her… every person in the epic had to sacrifice to create a just society or say RamRajya (Lord Ram’s Nation ie..ultimate utopian society). By this I think every person is here for some specific work. This realization compelled me to search for another job where I can work for the society.

When Lord Shiva drank that bowl of poison after “SAMUDRA MANTHAN” then he wanted to give us a message that someone has to come forward and do the dirty job. This is what “SATYAM SHIVAM SHUNDRAM” means.

Ambaa: Those are some of my favorite questions to ask. I feel like we have to keep on checking in throughout the years and look at what our role is now, what our duty is, how are we aligned with dharma, etc.

7) What issues do you think it’s important for Hindus to address in today’s world?

The most important issues for Hindus is to create a new idea of a civilized society.

There is so much violence in the name of religion and even civilization.I think Hindus have to create a new idea of civilization where everyone performs his/her Dharma and lives in harmony with nature—- otherwise environmental degradation would be humans biggest enemy.

8) What else would you like the readers of  The White Hindu to know?

I am not that much experienced to tell what others should know. But I want to share one thing which I heard from my grandfather:

If people want their children to be responsible and a good human being then their first role model should be their parents. It’s the parents who acts as a first Guru so they need to lead a life which their children would be proud of.

Thank you so much, Abhimanyu, for being a guest today. Your answers are inspiring! 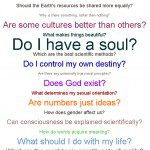 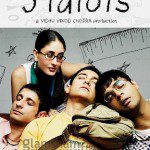