All Religions Are Not The Same

All religions are not the same.

We Hindus are in general an open minded bunch. We don’t make strict rules and we don’t try to make anyone follow our way of life.

“There are many paths up the mountain,” we say. “The Truth is one, the paths are many.”

Hinduism is great, but it’s not going to be the right path for everyone. And that’s fine. That’s great. We all get to choose the path that gets us to our goal in the best way.

The problem comes when someone else’s religion includes the mandate of destroying ours.

We’re trying to live in peace and be kind and accomodating to other’s beliefs. But only sometimes do we get that same respect back.

I do believe that different religions should exist. I do believe that there is at least a nugget of Truth to be found in all of them. Personally I think the Truth is clearest in Hinduism, but hey, that’s why I’m a Hindu!

Despite that, my tolerance for the religious beliefs of others ends when they think it is part of their religious freedom to manipulate and even force my fellow Hindus to convert to their religion.

As a saying here in America goes, your freedom ends at the beginning of my nose. You can do whatever makes you happy so long as you aren’t hurting me or others.

All religions are not the same.

I do think that Christianity can be practiced in such a way that it clarifies the soul and brings people closer to God. I think the same of Islam. The people who find the path of light and Truth in those religions are people I respect and admire. But their path towards that light and Truth is not my path. I am entirely unsuited to either Christianity or Islam. What their preachers say about what the goal of human life is often does not line up at all with what I believe it is. As one of the articles at the end says, we can believe that religions are good without believing they are the same.

I believe that people have the freedom to choose whichever religious path works best for them. (Of course I think mine is best, don’t we all?)

I will say upfront that not all Muslims and not all Christians, but there are Muslims and Christians in the world today working hard to erradicate my religion; trying to wipe it out.

Forced conversion of any kind needs to stop. We have the right to exist in peace. The Hindu religion is a great gift to humanity and Hindus should be proud and unafraid to declare themselves Hindus.

People are free to choose how they follow God and you cannot make them choose your way.The Gods gave us free will, how dare men try to take that away from us?

“The case of six year-old Jumna and her ten year-old sister, Pooja, is typical of the untold plight of young Hindu and Christian girls in Pakistan. The two young sisters, from the country’s rapidly shrinking Hindu community, were abducted earlier this year in the Sindh province while selling clay toys and utensils door to door to help their impoverished family. They were subsequently taken to a mosque and forcibly converted to Islam before being found by police living in the home of a Muslim man. Only six year-old Jumna has been returned to the parents. The family sobs at the mention of their other daughter, who still remains separated from them.”
http://hafsite.org/HAF_10th_Annual_Human_Rights_Report_Urges_Action

I think the Himalayan Academy has the right idea with their guide to ethical conversion. They have a seven step process to make sure that a conversion to Hinduism is happening with consent and joy. All conversions to any religion should go through their process. It’s a great method to ensure that converts are enthusiastically consenting and truly choosing the religion.

And my fellow Hindus, I hope that you take great pride in your religion. It’s one of the greatest in the world, and don’t let anyone tell you otherwise! Take the time to learn about it and if you need help with what to say when people try to lure you away from it, here are some ideas: How To Explain Hinduism And what is it that makes Hinduism awesome? Here are some of my favorite things about Hinduism: Why I Am A Hindu

Hindu Human Rights: If we don’t, who will?

More on this subject:

All Religions Not the Same

“To deny the uniqueness and greatness of Hinduism leads, in turn, to a very unhealthy psychological state of self-loathing, a sense of unworthiness and a schizophrenic confusion on the part of anyone who wishes to consider themselves Hindu.

Please Don’t Say “All Religions Are The Same” 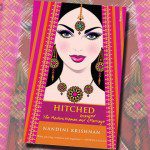 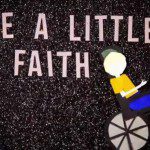 May 30, 2014 Zach is Introduced to Hinduism
Recent Comments
119 Comments | Leave a Comment
Browse Our Archives
get the latest from
Hindu
Sign up for our newsletter
POPULAR AT PATHEOS Hindu
1