There are times when it feels like I’m only “allowed” to be a Hindu as long as I agree with a particular person/guru/philosophy. It’s as though some people are happy to count me as a Hindu just so long as I never say anything that contradicts what they believe. Then suddenly I’m just the “ignorant American” trying to oppress others (as is my nature, apparently).

Is it racist of me to think that my understanding of something could be just as valid as an Indian Hindu’s understanding? Am I not allowed to disagree with an Indian Hindu because he is Indian and has more right to Hindu interpretations than I do? Yet for most things there isn’t only one proper way to see it so if I agree with one Indian Hindu, I’d be disagreeing with another, right?

This is a tricky balance I find myself in. On the one hand I chafe against not being allowed a voice and I feel like I’m either fully a Hindu or I’m not and if I am, then my point of view on Hindu issues is as valid as any other Hindu’s. Yet, this is where that nasty privilege stuff comes in again. When I insist on defending my perspective, am I using my whiteness to say I’m more right than others? I certainly don’t think so, but it apparently can come across that way.

I started this blog to share my journey and my experiences as a Hindu woman. But can I ever really claim the label of “Hindu” for myself? Will my validness as a Hindu always depend on whose ideas I am supporting?

As we all know, Hinduism is a collection of incredibly varied beliefs, philosophies, and sects. There is never going to be a simple test or a dividing rod. It’s not a one question test like “Do you believe Jesus is your savior?” or “Do you believe there is no God but Allah?” We simply do not have a quick question like that for determining who “counts” as a Hindu and who does not.

I’m one person doing my best in this world. My beliefs and practices are hard won. I put forth the effort to commune with the Gods, to study the scriptures, to listen to my guru, and to come to an understanding of the direction I need to be moving to achieve my life’s purpose. The conclusions I come to may not be the conclusions that every other Hindu arrives at (highly unlikely to be, in fact).

But I’m still a Hindu.

Disagreeing with me doesn’t give anyone the license to dismiss me as not really Hindu.

It bothers me not only for my own sake but because I see arguments where one Hindu dismisses another as “not really Hindu” or secretly working against Hinduism because of a difference in interpretation of philosophy. It seems very monotheistic to me to insist that only your guru’s take on something can be correct and everyone else is a fake. I weep to see that because to me it looks like anti-Hindu propaganda winning. We’re letting monotheistic religions set the rules and trying to fit ourselves in so they’ll accept us and like us.

I don’t have everything right. I’m not here on this blog to give you answers or show off what I know. I’m not here to be an act in a freak show of fascination: the white girl who can read Devanagari. I’m sharing a journey with you. I’ll continue to learn and to grow throughout my lifetime. I hope that all people do the same. We don’t find Hinduism and then sit back to critique others for the rest of our lives. True enlightenment is extremely rare. At any one time on earth it’s unlikely that there’s even one single person among billions who is currently enlightened. I doubt that one single person, if he currently exists, is reading my blog. If he is, I’m sure he’ll just chuckle and enjoy watching me work closer and closer to where he’s reached.

If you disagree with me, let’s talk about it. Discuss here your reasoning and why you think I should change my mind. I love to learn and you can help me grow. But the way to do that is not to dismiss my Hindu-ness when we have different perspectives on something. Don’t expect me to accept your point of view as more valid than my own just because you said so.

I know there is no pope of Hinduism and there’s not a single other person on this planet who can decide whether I get to be a Hindu or not. Yet when I question conventional wisdom of Hinduism or I disagree with one of its respected scholars, it is then that I realize that perhaps I will never be fully Hindu in this life. 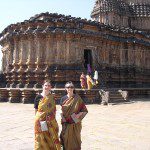 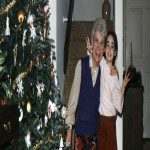