Hindus Aren’t The Ones Who Need Religious Tolerance Lectures

While we were traveling one day in our van the topic of intolerance among religions came up. When I said that this was a problem with Abrahamic faiths because they require exclusivity, a friend said “No, all religions do this.” They pointed out a Pooja TV interview that we participated in where the host seemed determined to make us say that Hinduism is the greatest thing in the world.

But I say that Hinduism is naturally tolerant to other religions. When it isn’t, that’s a defensive reaction to Abrahamic faiths forcing themselves on us.

This article is going around on Facebook now saying that Indian media has cut part of Obama’s speech out of its reports about his visit, a speech about religious tolerance.

And that may be true enough but why are these warnings directed at Hindus?

All these warnings are meant to tell Hindus to stay tolerant of other religious views. But when Hindus turn intolerant it is for DEFENSIVE reasons. Tell Christians and Muslims in India to stop tricking and coercing people into converting and you’ll see any aggression that might be present in right-wing Hinduism immediately deflate.

We all want to get along.

Religious tolerance starts with those who say “Ours is the only valid path to God.” Until those people can learn to accept other points of view, Hindus are going to feel threatened and some will respond defensively.

Here are some other people’s perspectives on this…

From the Hindu American Foundation:

“President Obama rightly champions Mahatma Gandhi for his principles of non-violence and religious pluralism, and we must strongly condemn any attack on a house of worship — whether it be a church in New Delhi — or temples, mosques, and gurdwaras in the United States,” said Suhag Shukla, Esq., Executive Director of the HAF. “It is difficult, however, to overlook the hypocrisy inherent in the New York Times’ calling out of India over alleged religious conversions to Hinduism when the paper fails to condemn large scale predatory proselytization and religious conversions away from Hinduism and other traditions that are ongoing around the world and funded largely by American institutions.”

According to the Government of India, U.S. and Europe based Christian evangelical organizations send well over $120 million per year to the country for missionary work, indoctrination, and conversion activity. This massive influx of money often leads to mass conversions and disrupts the cohesion of communities, Shukla added. In other countries which evangelical groups have specifically targeted alongside India, such as in Uganda, Rwanda, and Kenya, the impact has been deadly, especially for LGBT communities.

…“And in invoking Mahatma Gandhi, our President and the New York Times should remember his famous denunciations of predatory proselytization:

‘It is impossible for me to reconcile myself to the idea of conversion after the style that goes on in India and elsewhere today. It is an error which is perhaps the greatest impediment to the world’s progress toward peace. Why should a Christian want to convert a Hindu to Christianity? Why should he not be satisfied if the Hindu is a good or godly man?’” – 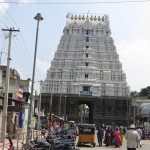