I was sent this delightful little book by the author in return for an honest review. I wasn’t sure what to expect, but I was totally inspired by him.

It has the simple eloquence that cuts right through you just like so many of Hinduism’s great spiritual leaders. It reminds me a lot of reading Eswaran commentary.

The first part is the author’s story of how he became connected to Sri Ganesha along with some thoughts about Hindu philosophy. For example:

Puja establishes a link between the gross, subtle, and spiritual worlds, so that the devotee benefits from the greater peace and tranquility of those who have gone before. Human beings and gods differ not in kind, but in the degree of attainment, and human beings can become divine with sufficient practice.

The second part was the most fascinating to me. This is a chapter on similarities and differences between Christianity and Hinduism and really interesting interpretations on how they could support and expand one another.

His interpretation of Jesus’s statement “No one comes to the Father except through me” was unlike anything I’ve heard before.

He succinctly addresses also the criticim that some people give of Hinduism that its variety is a weakness with this sentence: “This felxibility should not be regarded as a failure to develop a unified theology (for such attempts end in violence) but as the expression of a vital and living faith wich cannot be confined to a single creed. Hinduism appealed to me because it is an open source religion.”

The next chapter is a detailed explanation of the symbols connected with Lord Ganesha.

The last chapter is really worth buying the book for! It is instructions for a Ganesh Puja!

I loved this book and I hope to work with Mr. Dillard-Wright in the future on some collaborative projects. I also hope that Patheos will take this book on as a book club suggestion. 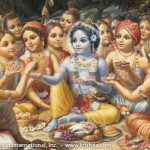