What to Attach To

A few weeks ago Brad and I got to spend time with my Hindu cousins. Out of the whole discussion the thing that really stood out to me was when talking about the idea of detachment.

Being detached is a very valuable quality in Hinduism. You want to have the ability to step back and see the play going on around you without taking everything super personally. The real you, the Self, is not affected by the drama going on within the world.

My cousin-in-law had a way of looking at this that was new to me. He suggested that rather than trying to detach we should instead refocus what we’re attached to. Attach to Krishna, he suggested. The more attached you become to Krishna, the more you’ll detach from the material world.

I really like the idea of being able to refocus my attachment rather than trying to force myself not to be attached to anything. Detachment is some high level stuff and not many of us can actively avoid being attached.
Previous Post 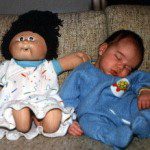 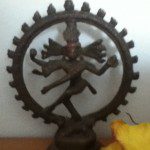