Should We Judge a Religion on the Actions of Its Followers?

I don’t know why it took me so long to notice my hypocrisy in this. For a long time it has been easy for me to look at Christianity and Islam and say that there must be something inherently violent or hateful about them because look at the actions of their adherents. Whether it’s Christians shooting up an abortion clinic or an Islamic suicide bomber or just a person you meet who says something bigoted, how easy it is to blame the person’s religion. To say, look at this behavior and the person’s faith: something must be wrong with the faith.

Yet on Twitter a few weeks ago someone tried to dissuade me from Hinduism by giving examples of ignorant and hateful behavior by Hindus. It’s not the first time I’ve encountered such a tactic yet this was the first time I noticed that I saw that argument as completely ridiculous. I always roll my eyes at that because I know that Hinduism has enormous value and it’s not something to throw away because of some people who are ignorant or mean and happen to have been born and raised Hindu.

I don’t judge Hinduism’s value on the behavior of some guy you know in Delhi who is shady, so why do I do it to other people’s religions?

Yet, what else do we have with which to gauge a religion if not its followers and their actions? Scriptures can be interpreted in many different ways (just look at how many hundreds of years scholars have debated verses of the Torah and how many different sects of Christianity exist, each with its own way of understanding the Bible). Actions are what tell us who people are.

I’m coming to understand that religion doesn’t make people do bad things. If they’ve got that ignorance within them, they’ll carry it out with whatever justification they can find, whether that’s scripture or something else. It’s time I stopped blaming religions for bad behavior in their followers.

Because I know that Hinduism has the resources within it to lead people to greatness, I know that it has improved my life tremendously, and none of that is discounted by any people who happen to be Hindu doing bad things. 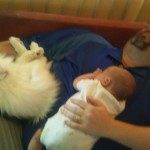 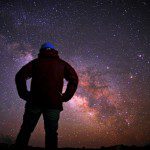 June 29, 2016 Reincarnating Aliens
Recent Comments
8 Comments | Leave a Comment
"That is exactly what I was going to say. If you wanted, you could give ..."
Let Go How Do You Explain a Bindi ..."
"Are you able to see what I write? I wrote a comment on karma and ..."
Let Go Karma Is Hard To Understand
"There is no understanding. Karma is not about "getting what you deserved". And just because ..."
Marc Wagner Karma Is Hard To Understand
"call girls whitefield ###call girls yelahanka ###call girls yeshwanthpur ###call girls banashankari ###call girls banaswadi ..."
jenyvarma Toys vs Sacred Objects
Browse Our Archives
Follow Us!