I’ve been running across this phrase a lot recently. “Most religions *blank*” and I think it shows a monotheistic bias.

I understand the idea that all religions have come common ideas. I’m on board with the idea that if Truth is universal then people across all places and times have managed to tap into it. (Naturally, I have a bias and I think that Truth is the clearest in Hinduism).

Despite this desire that many people have to find commonalities in major religions, I find when they say “most religions” they tend to be talking only about the three related religions of Judaism, Christianity, and Islam.

It started with the Story of God episode where it is stated that “most religions have a chosen one.” Then I was on Reddit’s religion forum and saw someone talking about how “most religions” have a heaven/hell and a devil.

But is it “most religions”? Or is it three major religions that all came from the same source? Of course Judaism and Christianity and Islam have a lot of common themes: they all come from Abraham originally.

They are cousins of each other. Sadly, it seems that the majority of people do not know this. So it appears as though these common ideas spring up across the world in different religions, but that is not really what’s happening.

I advise people to stop and think before they say “most religions ____.” Consider which religions it is you have seen that concept in. Is it really most of them? How many of them are you actually familiar with? There are many religions! Is there a reason not related to a universal Truth why that concept might exist in those religions? 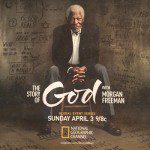 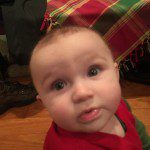