The Story of God: Proof of God

Proof of God is a particularly interesting topic.

For me, I definitely feel God when I connect to the present moment, when I immerse in nature, when I quiet myself, and when I observe the world. I agree with the physicist that the more we learn scientifically about the world, the closer it brings us to God. I can never understand the people who see science as at odds with divinity. As I always say, if your religion can’t address questions then it isn’t much use. If it doesn’t work with what the world shows us to be true, then it’s time to find one that does work.

The first person’s story mentions feeling God’s voice within. [Side note, I think it’s good that he explains that Christianity does exist in India and in some parts has been there for a long time. Morgan Freeman asks him about being from India and being Christian.  It’s good to spread the knowledge that being Indian doesn’t automatically make you a Hindu.] But that sounds pretty Hindu, dude. I guess this is one of those places where Truth shines through different religions.

The “still small voice” that the Bible mentions is the divinity within that Hinduism seeks. It would be a mistake to think that if you are Christian and you feel the presence of God, then Christianity must be the “right” religion. I appreciate that this show seeks to show variety. I found the part about the West African religion really fascinating. Definitely saw some parallels to Hinduism. Though this episode does feature a lot of Christianity (from different parts of the world so it has that diversity). When Morgan Freeman brought up the spark of divinity within us that seemed like it would lead right to Hinduism but instead they are leading to a Buddhist.

Do we need proof of God? That’s a whole other question. Many say that the whole point of faith is to not know but still believe. Is that itself valuable? Is it worthwhile to have faith in something that you will never get proof of? I’m not sure.

I do think that if having faith in something makes you a happier and better person, then that’s what you should do. But spiritually improving yourself doesn’t necessarily require faith (in this definition of faith). For me, I don’t need miracles or God speaking. I know my religion is right for me because I see myself becoming a kinder person, a calmer person, and a more joyous person. That is all I ask for. 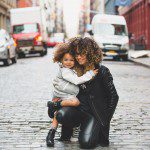 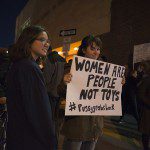 January 30, 2017 Does Trump Know You Aren't Muslim?
Recent Comments
5 Comments | Leave a Comment
Browse Our Archives
get the latest from
Hindu
Sign up for our newsletter
POPULAR AT PATHEOS Hindu
1