Shopkeeper Sagas: Not All Who Wander are Lost

If you are any flavor of pagan, or even P-curious, I bet you began your spiritual odyssey at the local metaphysical shop. These magickal places are where you can find new age and occult books, tarot cards, herbs you’ve only ever heard about in Harry Potter. There are crystals, arcane tools, candles, statues of the old Gods, and shining silver jewelry with symbols that will confound and concern the neighbors. But, the most important thing you find in a shop like this is a sympathetic ear, and straight answers to the hardest questions you’ve ever asked. These shops are a safe haven for those of us who are dancing to that rhythm most folks can’t even hear.  For those of you who had such a shop in your hometown when you needed it most, consider yourself very lucky.

Since 2009, I’ve owned and operated just such a place. Keeping these doors open and accessible is my sacred mission as a witch. I believe that the Powers-that-Be called me to do this work as a means of organizing the Pagan community here in eastern North Carolina specifically. I came here in 1995 for my BS degree, and moved away twice to pursue my career in Interior Design. I was inevitably lured back, time and again. There is an inescapable gravity to this place.

[Edit: At first, I wrote that this was a “gods-forsaken place,” but through the writing out of this story, I see that clearly the old gods have taken a very keen interest in this region. Not just through my work, but through many dedicated pagans over the last 20-30 years.]

The Sojourner has a prime location in the hip Uptown area near East Carolina University. We keep open hours 6 days a week right out here in plain view of Jesus and all of his sheep. Boy, oh boy, is that a TRIP!  The stories I will tell… Within a few blocks our neighbors include ECU, large churches, the mosque, yoga studios, Minority Voice Radio, African-American owned clothiers for church vestments, hats, wigs and fancy dresses. There are several art galleries, an organic farm-to-table restaurant, tattoo and piercing parlors, a “gay bar” with the best drag shows, a “headshop” for smoking paraphernalia, aaaaand a teacher’s educational supply store, just to name a few. FUN TIMES!

Uptown is a bizarre slice of society, and we get along on this street quite well! However, the town of Greenville is dead-center of the country doldrums between the cosmopolitan Research Triangle of Raleigh/Chapel Hill/Durham, and the quaint, bustling tourism of the coast. East Carolina University imports many sophisticated, progressive and intellectual people <ahem<like myself> ahem> who are awesome. However, Greenville is an island surrounded by the conservative, bible-thumping, Trump-supporting, creationism-believing, queer-fearing, Klan-sympathizing bigots who cling to an antebellum view of the world. (1)

As for the name of the shop, my unique shtick in this biz is my past-life retrieval work. The first big clue of my witchery as a child was that I retained memories from my previous incarnation, which made for a conflicted upbringing in the church. I have very good reason to believe that we each have an eternal spirit that journeys through infinite lives to learn all that this cosmos can teach us. I see each life like a lay-over, a Sojourn in this time and place, and once we accomplish what we came here to learn, we move on.

I named the shop based on my paraphrase of the old saying:

“We are not physical beings on a spiritual journey, we are spiritual beings taking a physical sojourn.”

Sojourn: (verb) to stop and live temporarily in one place, on a break from a long journey.

Sojourner: (noun) a person who sojourns.

So our motto is “equipping the path less traveled,” because we hope it will make “all the difference (3).” The business plan hopes to unify all these minority interest groups under one banner, because any one sub-set of us isn’t enough to keep a shop like this open in the Bible Belt. Even the Christian book store down the street closed after the recession set in. However, we take an “alternative general store” approach, and hope that eventually we’ll have enough of a market to succeed. So far this has been reeeaaallly tough to pull off.

Mind you, I’m not a very good capitalist because I’m first and foremost a priestess. The retail portion of the business is only a means to the end. The END goal is to make available a common ground or “temple” with available space for the ceremonies of alternative religions and healing modalities, for education and communion with others of like mind. I’m open to all those who seek asylum, rejuvenation and counsel. We serve EVERYONE seeking acceptance and a healthy, responsible life.

I call our “target market” Sojourners and I recognize them because they are awake, conscientious, and have forsaken whatever well-worn path no longer served them. There is something that sets them apart from the herd and that “something” comes with its own needs. This is a relative term to eastern North Carolina, of course.  So, I’m not just talking about witches like myself, I’m opening my heart and my doors to all the minority “other” folk, and we come in all shapes, sizes, colors, ages, creeds, sexual identities, education levels, cultures, abilities, interests, income brackets, and political affiliations.

By definition, Sojourners live out on some lunatic fringe of mainstream society that comes with unique concerns. We are aware of the vastness of what we don’t yet know, all while bravely accepting truths that would freak out the neighbors. These are the people my patrons Hermes and Aphrodite ask me to serve, regardless of their religion or where they come from.

Not All Who Wander are Lost

So I hear you asking yourself, how does a girl from the deep-south end up owning a pagan temple and doing such bizarre Work? If you rode shotgun with me as I navigated my life thus far, you’d get dizzy from all the random niche interests I’ve pursued, side-trails I’ve lost myself upon, pit-falls, bogs, and death-defying rapids I’ve survived. You might think, Good gods woman! You’ve wasted so much time, love, and money!  Au Contraire! Here is a secret: there is no such thing as wasted time or love. Wasted money, maybe, but that is just a tuition payment to the School of Learning Things the Hard Way. (I have advanced degrees in this school.)

If you took the god’s-eye view of a mapping of my life’s journey thus far, an obvious path from point A to point B emerges. I see a case study in how every event, from the glorious to the wretched, is flowing in the direction of my Wyrd: my personal destiny.  Tolkien was onto something when he wrote that “not all who wander are lost (2).” We just might not be consciously aware of the spiritual navigation systems at work…until the time is right.

For me, that right time came the moment I self-initiated into Modern Witchcraft. There at the cross-roads I dedicated this lifetime to a co-creative partnership with the Divine Forces that flow through me. Just after Yule of 2006, I finished up my dedicant “year and a day ” of self-study with a group of friends. I made my vows as a Witch to serve through community leadership. If that wasn’t a big enough catalyst, at Imbolc of that next turning I called on the powers of fire to help me align my will with Highest Divine Will. You wanna talk about “igniting the witchflame?” I was a raging inferno, y’all! 2007 was a Tower Year; an excruciating, cataclysmic, ass-kicking slog through the tempering fires, but by Samhain the mission was clear. My mundane work and spiritual work would become a singular endeavor: The Sojourner.

But how? One does not simply walk into an open metaphysical shop (2). That year of fire, I was stripped of all impediment, the way was opened, I was delivered the means and Spirit basically demanded that I come out of the broom closet entirely – using my legal name. My stint as a stay-at-home-mom with my two small children would end, as would my marriage, and I would forsake my former, well-paying career. Against all rationality, at 33 years old, I chose to take that left turn at Albuquerque, and become a shop-keeper and public witch full-time. To say I am passionate about my work would be an understatement of mythological proportions. The challenges have been Herculean, but no one ever said that Witching would be easy…well, no one worth listening to, anyway.

In the coming installments, I offer you the twisty tale that brought me here.  I’m calling it the Shopkeeper Sagas. Without indulging in too much hubris, I offer it as one woman’s “fool’s journey,” or a “coming of age” story like Harry Potter or The Hobbit [insert the title of every classic fantasy epic you love].  Read my story with a filter of whimsy, and you’ll find the magick, destiny, intrigue, betrayal and sacrifice, heroes and villains, risks and victories against all odds, that may reveal some Universal truth that is meaningful to you. Like all the best characters, you may recognize that redemption comes through the actions of simple, average people who rise to an occasion because they can love deeply.

Our stories are still being written, we are in the middle of them, and there will be many forks in the path yet to choose. Just like all the classics, we are “saving” the world through love, fellowship, hard-work and a fierce sovereignty that battles whatever weapon the Forces of Fear would use to keep us in “darkness and bind us. (2)”

Every journey begins with a single step!
Until next we meet…bright blessings,
~Heron

Continue reading this “Shopkeeper Saga” series that follows the lines from The Riddle of Strider that was found in JRR Tolkein’s Lord of the Rings. 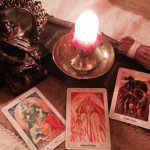 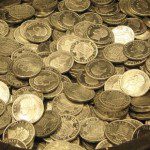 July 13, 2016 Shopkeeper Sagas: All that is Gold Does not Glitter
Recent Comments
0 | Leave a Comment
Browse Our Archives
Follow Us!

The Best Way To Learn Magic Is To...
An Instagram post insisted that “you need tons of training from established...
view all Pagan blogs
What Are Your Thoughts?leave a comment
Copyright 2008-2020, Patheos. All rights reserved.