Shopkeeper Sagas: From the Ashes a Fire Shall be Woken

Shopkeeper Sagas: From the Ashes a Fire Shall be Woken March 29, 2017 Heron Michelle

I am the proud owner of a metaphysical shop named The Sojourner Whole Earth Provisions. Rather than just bricks and mortar, she is a living entity to me now. We call her “Lady Sojo” and I think of her as my third child. We’ve come a long way together since we first opened the doors in 2009. We’re making headway in this town towards awareness and acceptance of our off-the-beaten-path lifestyles and spirituality.

Back on her 8th birthday, I was asked my the ECU Joyner Library to take part in their Human Library event, and tell the story of how my “Witchflame” was ignited. I spent the afternoon in private interviews with students who asked me the following questions, which I’ll add to my “Shopkeeper Saga” series that follows the lines from the poem, The Riddle of Strider that JRR Tolkein included in Lord of the Rings. I’ve previously shared parts of my story on how I came to be a shopkeeper at these additional links.

Were you raised as a Witch?

I was raised in a typical southern, middle-class, suburban, protestant christian way, mostly in Taylors, South Carolina. It was a great childhood full of adventure, that included traveling internationally, as we lived in Saudi Arabia from my 4th-6th grades.

I was forced to go to church with my mother most days of the week; youth group, choir practice, basketball, bible study, and worship services Wednesday night and twice on Sunday.  Even when it was illegal to openly practice her faith, my mom would drag us to the US embassy for services. I’ve been baptized three times, in three denominations; it never quite took.

Why did you leave Christianity?

My mother became increasingly zealous as I got older, migrating through Lutheran, Methodist, Southern Baptist, Church of God to the fringes of cult-ish evangelical fundamentalism: dancing in the aisles, speaking in tongues, hanging on Pat Robertson’s every word. Thinking about the fine points of theology was hardly encouraged, but I had this annoying habit of resolutely disagreeing with our ministers.

Picture a 7 year old actually *listening* to a fire and brimstone sermon and just knowing he had it all wrong, then arguing about it.  Despite being a small child I had a different truth, a stone foundation that was ancient, upon which my brand-new childlike house was sitting. My mother found this quality to be inconvenient.

I began to break with that church around 15 years old because of its “pro-life” obsession to limit reproductive rights of women, their rebuking of interracial relationships, and their heinous condemnation of homosexuality. They were “gay conversion therapy” enthusiasts. I’ve always believed in a Divine Love that knows no barriers, and their brand of hateful religious oppression is repulsive to me. This is another very good reason why I now serve the Goddess of Love, Aphrodite.

How did you first know you were a witch?

My whole life I’ve been “differently aware.”  I can see the world as energy, and as a kid would play with moving that around with my mind. I could see the occasional aura, and am a typical Pisces empath. Psychic abilities were a curiosity that didn’t fit the Christian paradigm. Deja-vu was such a constant problem that I’d lose track of whether we were in the past, present or future. I was not quite “normal” like the other kids, and they never let me forget it!

When I first learned of reincarnation I had a eureka experience. I’d always remembered flashes and bits like another person’s memories.  I knew that somehow, just around that last bend in the road, I was an adult man. Occasionally, I’d absentmindedly start to go into men’s public restrooms, and have to be reminded that I was a little girl.  There were times when I wouldn’t answer to my name as if it wasn’t mine at all, and times when I’d catch my reflection and be startled to find that I was this blond-haired girl-child, like it was a shock.

Yet, I liked being a girl just fine, and had normal school girl crushes on boys. Remember, that I was raised in a world that offered no possibility for these things to be OK, or even true. At adolescence, you can imagine the gender identity issues this would cause. I intimately understood being a man, a soldier in WWI. I remembered the adrenaline of warfare, the feel of a rifle in my hands, dying when an explosion caused a building to fall and trap me in the rubble. I reacted with PTSD-like behavior when triggered.

Today I have a clairvoyant practice of retrieving past-life information for others, I know that gender is a very temporal thing that can be explored flexibly; however, being raised in a church that tried to “pray away the gay,” I was pretty scared there for awhile that I would be considered an “abomination” and “be sent to hell” for who I was. That is a form of religious psychological abuse.

When did you start practicing Witchcraft?

I have identified as a pagan-seeker since the age of 18. It took me a long time to recover from the wounds of a Christian upbringing, but after many years of walking the spiral path I can now define myself as who I AM instead of who I am NOT–without apology.

At eighteen, I read Marion Zimmer Bradley’s, The Mists of Avalon. In this fictional world, I found the goddess-centered spirituality that felt like home, but I assumed those ways were dead and trapped in a distant past. That book awakened a deep spiritual longing within me and I fantasized about becoming a priestess of the great goddess like those in the book. I found out years later that the author was a modern pagan priestess, drawing on her own experiences.

Shortly thereafter I became friends with a Wiccan priest in my hometown. He opened my world to neo-paganism, sharing his books and talking in generalities. Despite my expressed interest, he remained very private about his Wiccan practice, and downright secretive about his coven. That experience gave me to wrongly believe that Witchcraft was a private club, and that I somehow did not qualify.

So, for the first 10 years I considered myself pagan by philosophy only, and remained tightly locked in my broom closet with a stack of books. I married a scientist who had no need for spirituality, nor a belief in spirit at all. I was successful in my career as a commercial Interior Designer, while lurking on pagan message boards in Raleigh, Houston, and Charlotte. Fear of what my family would think, or that I might be disregarded professionally, kept me mute and isolated.

I once worked at an architecture firm that was one block away from a metaphysical store that I knew hosted witchy events.  Everyday I walked past longingly and tried to surreptitiously peek into the windows, but I did not once step inside.

Just after my 28th birthday, just as my Saturn return began, I gave birth to my first child. I wanted an all-natural, right of passage and I got it! I’d spent weeks on bed rest reading Raven Grimassi’s Wiccan Mysteries, and Spiral Dance, by Starhawk. During the labor, the pain induced a trance and I had a recurring vision of the Goddess pushing open the portal at the end of a long tunnel. I came face to face to the Mother of us all, and she looked me right in the eyes, turned as though to invite me to pass her, and said “you are ready, come through.” Then she guided me, as a midwife, through the rites of birth into motherhood.

As I pushed that baby into the middle world, I called on strength within myself I’d never dreamed possible. I saw that I was surrounded by all the maternal ancestors of my line before me to one side, and after me to the other side. I knew that it was already done, therefore I could do it!

Childbirth was ecstatic! This was a proving ground, and I emerged victorious! For the first time, I knew why I’d incarnated as a woman, and I had a sense of belonging and connection in the great creation of the Universe where I could be so small, but equally divine and powerful. That was when my Witchflame fully ignited and could no longer be ignored.

Why do you call your story “Witch on Fire?”

I am a Witch on Fire, because the sacred mission given to me in one of my “burning bush” conversations with the Gods, was to rise from the ashes of my old life like a phoenix, allowing the witchflame within me to shine brightly. I try to be like a lighthouse on the rocky shores of this society, guiding others into safe haven where their unique spiritual understandings may be validated; where seekers find a welcoming training ground on Main Street USA.

The “witchflame” within us is a catalyst for change, and I intend to apply my fires to the Great Work of human evolution within Divine Love. With all the current hate-mongering in the world today, somebody has to do it, and it might as well be me. My work through “Lady Sojo” makes that possible.

Continue reading my Shopkeeper Saga series at these additional links:

All that is gold does not glitter,
Not all those who wander are lost;
From the ashes a fire shall be woken,
A light from the shadows shall spring;
The Old the is Strong does not Wither

The Hogwarts Disappointment
Frankenstein and Myrrph
A Witch among Charlatans
Witches’ Marks, Rooster Blood, Thor me Not 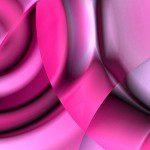 March 25, 2017
What I See through Aphrodite's Rose-Colored Glasses
Next Post 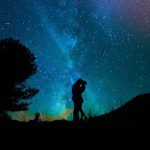 April 1, 2017 Beltane Lovers
Recent Comments
0 | Leave a Comment
Browse Our Archives
get the latest from
Witch on Fire
Sign up for our newsletter
POPULAR AT PATHEOS Pagan
1 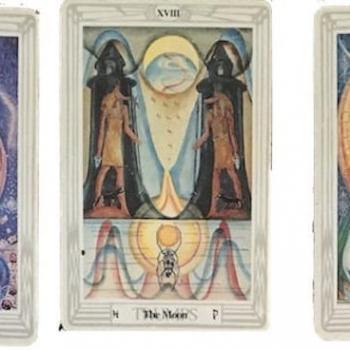 Pagan
Beltane Mirror: Between Hole and Whole is a...
Witch on Fire
TRENDING AT PATHEOS Pagan