Why Did Jesus Slaughter The Innocent Unicorns?

Why Did Jesus Slaughter The Innocent Unicorns? June 16, 2016 Horus Gilgamesh 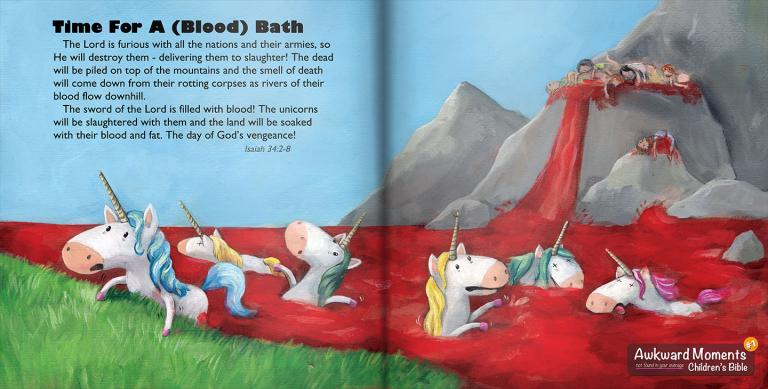 “But, but – MY Bible doesn’t say anything about unicorns!!!”  Oh, calm down – that’s (partially) my point! Depending on which Bible translation you choose to read, you may not find unicorns mentioned in this story at all. Your bible might say “ox” or “ram.” This is just a silly example of how much of the Bible has been misunderstood, altered, and shaped by “scholars” throughout history based on wildly inaccurate translations from Hebrew and Greek, further confused by “modern day” Latin, or… English.  (For those of you searching your Bibles, one translation that still includes ‘unicorns’ in this story is the KJV – Isaiah 34:2-8.)

Unfortunately, as is the case of Answers In Genesis – some literalists will do anything they can to PROVE that the Bible is inerrant by cramming the unicorns back in there – after everybody else has been trying to pull them out because of the obvious misunderstandings due to the mystical interpretations of the one-horned beasts in more modern tales. Can’t we just assume… rhinos? Though, to many literalists, every verse, character, animal, and murder in the Bible is 100% true – the Bible says so. (Or, at least whichever particular translation the reader chooses to believe as the one true Word on any given week.)

The Real Point: Now, in case you are stuck on the translation of “unicorns” in certain Bibles, I’d suggest that it’s irrelevant and not the real point of this illustration at all, but to ask the question: One horn, two horns – why does God feel the need to slaughter any innocent animals who have done nothing wrong in the first place? Only sociopathic children who grow up to be mass-murders escort the defenseless family puppy behind the house with a hammer in order to display their mighty power. Indeed, when we first posted this illustration on Facebook, we received a number of response along the lines of…

Okay, fine, if that’s what you believe, that’s what you believe. Except, wait – isn’t that the same type of insanity a serial killer might assert from the witness stand? Yet… billions bow at bended knee to worship… Him (capital H). If I still believed there was a self-righteous puppy killer watching my every move, I’d probably bow down in fear and say anything to justify His actions as well. Fortunately, I’ve grown out of such superstitions.

Uncomfortable Conclusions: According to the Bible, whether a “wild ox” or a mythical horse, scripture makes it very clear that God killed the unicorns. Or did He? According to the most commonly held modern Christian interpretation of the “Holy Trinity”- Father, Son, and Holy Spirit – Jesus is God. (As Jesus himself said, “Before Abraham was, I am.” and “I and the Father are one.”)

So, if you follow Christ’s own assertions to their logical end, yes, according to the Messiah himself… Jesus killed the unicorns!

While it might not seem like a big deal for scholars and scribes to fiddle with an obscure subject like unicorns in the Old Testament, what about the striking difference between Jesus’ “compassion” and “anger” or “love” and “hate”? Shouldn’t there only be one “truth”? Who gets to decide what the Bible says? Answers In Genesis? You? Me? Pat Robertson? Rick Warren? Franklin Graham?

Don’t worry, folks – if you’re sad to find out that there weren’t really mystical unicorns in the Bible, we have illustrated entire bestselling books to discuss the talking serpent, talking donkey, talking bush, magical fish and other fantastical tales to keep you… thinking critically. 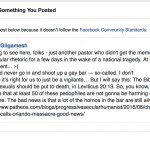 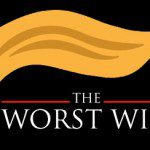 June 17, 2016 The Worst Wig - Inside A Trump White House
Recent Comments
0 | Leave a Comment
""Why don't we see more evangelism betting directed towards animals...?"Well, because evangelism is directed toward ..."
Eberhardt von Hessen “When Your Ass Talks Back…” – ..."
"Could be. The rebels have their Star Wars and the Hindus have Shiva. All the ..."
Martin Zeichner Hell-o-ween: When Jesus Comes Knocking
"I would be scared of anyone that holds that kind of power. Power corrupts and ..."
Martin Zeichner Hell-o-ween: When Jesus Comes Knocking
""So, let me get this straight, Just Plain Phil - I illustrate a Bible verse ..."
Candy Smith Baby, It’s What’s For Dinner! (Wait! ..."
Browse Our Archives
get the latest from
Nonreligious
Sign up for our newsletter
POPULAR AT PATHEOS Nonreligious
1