Women’s Ordination Panelist: “We Need To Become The Virus…”

Shocking, I know, but it’s what she said – the National Catholic Reporter has the story.

Women’s Ordination Worldwide held their conference in Philadelphia this past weekend, telling all who were willing to listen (basically the entire readership of the NCReporter) that the Church is misogynistic because God doesn’t call women to be priests. Except according to them, God does call women to be priests – over 200 Roman Catholic female “priests”, by their count – but the big, bad Church ignores God, the Holy Spirit, and modern feminist theology, continuing to claim it hasn’t been granted authority to confer Holy Orders onto women. Thus, in their opinion, the Church persists in its oppression of women, relegating them to second-class status.

Except for this startling admission:

Elisabeth Schüssler Fiorenza, feminist theologian at Harvard Divinity School, spoke to the gathering about the way Pope John Paul II successfully co-opted feminist theological with papal language on the “feminine genius.” She traced John Paul’s strict separation of gender roles to European ideas popularized during World War II. This theology, she said, stresses the maternal motherhood and rests on notions that men and women are “essentially” different but complementary.

According to Schüssler Fiorenza, Pope Francis has picked up this thinking, which celebrates the “feminine genius.” She said, however, this notion cannot be sustained in the face of the reality of poor women.

“The most pressing need for WOW is to create feminist spaces for discussion of feminist theologies of liberation,” she said, adding that there is a great need for these now.

“We need to become the virus that challenges Kyriarchal theology,” she said.

I don’t know about you, but describing women as a “virus” is way more insulting than anything St Pope John Paul II  taught about “feminine genius”. Which was nothing, by the way.

Viruses are bad things. From the University of California Museum of Paleontology‘s “Introduction to the Viruses”:

Viruses depend on the host cells that they infect to reproduce. When found outside of host cells, viruses exist as a protein coat or capsid, sometimes enclosed within a membrane. The capsid encloses either DNA or RNA which codes for the virus elements. While in this form outside the cell, the virus is metabolically inert…

Womynpreest movement/feminist theologies = virus. Church = host cell being infected. Makes perfect sense. I kinda figured they were a disease within the Body of Christ, I just never expected one of them to admit it.

Viruses are responsible for bad things, too. Again, from the UCMP site:

Viruses cause a number of diseases in eukaryotes. In humans, smallpox, the common cold, chickenpox, influenza, shingles, herpes, polio, rabies,  Ebola, hanta fever, and  AIDS are examples of viral diseases. Even some types of cancer — though definitely not all — have been linked to viruses.

Nasty stuff, there. And now, by virtue of Fiorenza’s own words, “Women’s Ordination Worldwide” can be added to the list.

Educate yourself, folks. Here are images of some common viruses:

And now a not-so-common one:

The cure for that virus is prayer, faithfulness, and educating yourself on exactly what the Church teaches and why (fellow Patheos blogger Kathy Schiffer does a good job laying it all out here). 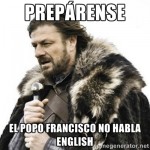 September 21, 2015
10 Things To Keep In Mind Regarding Pope Francis' US Visit
Next Post 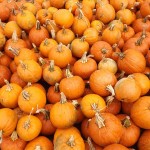