As regular readers will realize, this week I am swiftly working through the glorious doctrines of grace—the so-called “TULIP.” Today we reach irresistible grace.

“A river flowing with a rapid and majestic current to the sea would defy the efforts of the whole world to turn it back again to its source; yet by the returning tide it is not only arrested in its course, but driven up again with equal rapidity towards the fountain-head. It is thus that a sinner, when rushing with the whole current of his affections towards this present world, is stopped in his career of sin, and turned back with an irresistible impulse towards high and heavenly things. Let men, yea, let all the angels in heaven, attempt to effect this change, and their united efforts would be in vain. Who then that witnesses this change, and beholds the believer’s victories over sin and Satan, and his progressive advancement in the ways of holiness, must not adore that power by which so great a miracle is wrought? In this Christ is indeed magnified: “the exceeding greatness of his power is made known;” and the sufficiency of his grace is incontrovertibly established.”

The second is from the Doctor, Martyn Lloyd-Jones:

“. . . it is the internal operation of the Holy Spirit upon the soul and the heart of men and women that brings them into a condition in which the call can become effectual. 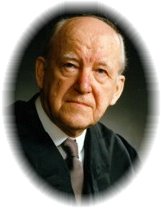 And when the Spirit does it, of course, it is absolutely certain, and because of that some people have used the term—which I do not like myself—irresistible grace. I do not like the term because it seems to give the impression that something has happened which has been hammering at a person’s will and has knocked him down and bludgeoned him. But it is not that. It is that the Holy Spirit implants a principle within me which enables me, for the first time in my life, to discern and to apprehend something of this glorious, wondrous truth. He works upon my will. ‘It is God that worketh in you both to will and to do.’ He does not strike me; He does not beat me; He does not coerce me. No, thank God, what He does is operate upon my will so that I desire these things and rejoice in them and love them. He leads, He persuades, He acts upon my will in such a way that when He does, the call of the gospel is effectual, and it is certain, and it is sure. God’s work never fails, and when God works in a man or woman, the work is effective.”

August 28, 2007
Limited/Unlimited Atonement - Just Who Did Jesus Die For?
Next Post

August 30, 2007 Will I Make It Until the End? The Perseverance of the Saints
Recent Comments
13 Comments | Leave a Comment
Browse Our Archives
Follow Us!

Prove it!
World War I continues to haunt the world as the mistakes of...
view all Evangelical blogs
What Are Your Thoughts?leave a comment