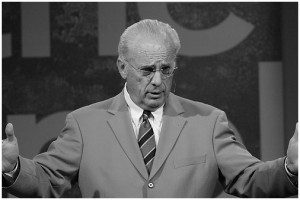 Today one in four of the two billion people who identify themselves as Christians are Charismatics or Pentecostals (ref).  I want to be absolutely clear that I am very happy to identify myself as one of their number.  Do I have concerns about some charismatic leaders? Of course!  Do I believe that abuses have occurred in many places? YES.  There are some who call themselves charismatics, but their beliefs and practices are frankly unbiblical. Surely there are extremes in every movement.

Unapologetically, I do believe that much good is coming out of our movement. The Charismatics and Pentecostals are acknowledged by experts to be  proliferating like no other previous movement in history. It seems to me that the movement contains many  vibrant, faith-filled people who have a deep trust in God, a sense of a relationship with God, and a strong desire to share the gospel.  Outside of the West the Charismatic and Pentecostal Movement dominates the Evangelical church.  Whether you are Charismatic or not yourself, I hope you agree that these hundreds of millions of people are our brothers and sisters in Christ, and that we share in salvation together as one Body.

You can imagine then that I was a bit disappointed  when I first heard that John MacArthur was hosting a conference entitled “Strange Fire,” about what he feels are the errors of the Charismatic Movement. It seems pretty clear from this title and the use of Leviticus 10:1–2 that this is likely to be a conference hostile to the ideas I hold dear. But, of course I accept that there are cessationsts who think differently on these issues. I concluded that there was nothing I needed to say about it at the time.

What has totally shocked and appalled me now, however, is viewing the brief clip with which I end this post. In it John MacArthur accuses the charismatic movement as a whole of blasphemy against the Holy Spirit:

Here is a transcript of the relevant portions:

“Why don’t evangelical leaders speak against this movement?  Why is their such silence? Look When somebody attacks the person of Christ the Evangelical world rises up and says “no, no, no!”  . . . the Holy Spirit has been under massive assault for decades and decades, and Ive been asking the question ‘where are the people rising up in protest against the abuse and the blasphemy of the Holy Spirit?‘ The only thing I can suggest is that they have been literally backed up into a corner by intimidation that they need to be loving and accepting and tolerant and not divisive in the body of Christ, thats been the mantra. . .”

This clip does not appear to limit the accusation of blasphemy but applies it the whole movement. This is very serious and concerning since Jesus describes  blasphemy against the Holy Spirt as the unforgivable sin (Mark 3:28-29).  Christians should not accuse one another lightly of this sin.

I have reviewed the other other media clips by MacArthur and in various places he speaks of  “aberrations, heresies, terrible manipulation and deception,”  claims that in the Charismatic Movement an implanting of the Word of God into people “just doesn’t happen,” and that the movement has a “wrong understanding of Scripture.”

Its clear that MacArthur is an extreme cessationist as he even states in one of these clips that he believes that we cannot bind Satan, something that I am surprised to hear, since even traditional denominations have exorcism rites.

In the clip “Why is it important to warn people against charismatic error?” he assumes that all charismatics teach that if you give them money you will get health and wealth.  He then states,“people caught up in any kind of error are cut off from God’s blessing.”  I really feel that is again going too far.

For example, take baptism. I presume that since we are both baptists, MacArthur and I would agree that, if what we believe turns out to be correct, those who teach and practice infant baptism are in error.  But I would definitely not argue that every pedobaptist is cut off from God’s blessing!

It seems to me that MacArthur has made a fundamental error: He is confusing primary gospel issues with secondary issues. Surely we all believe in the centrality of Christ, in the gospel, in the authority and trustworthiness of Scripture, and in all three persons of the Trinity. Charismatics are definitely Evangelical. These are the things we should contend for, and we have enough enemies already without taking up arms against each other.

I have many friends on both sides of the charismatic debate. I do know many who are solidly reformed and calvinistic, and may even describe themselves as cessationists but would find MacArthur’s tone and generalising unfortunate. There are many in the new reformed movement who would go further and describe themselves as theologically if not experientially charismatic. However, in one video MacArthur seems to take aim against those who are “open but cautious” about these things, claiming certain well known pastors are giving “cover” to true charismatics.

We can have different perspectives on disputable matters. But lets do so as brothers who are one in Christ. Lets be like the elder Arminian John Wesley who shared fellowship with Calvinist Simeon and gladly preached at George Whitefields funeral despite previously describing his doctrine as damnable heresy.

There is a complex spectrum of views on Calvinism and Arminianism which leads to disagreements that will probably never be resolved, and yet many today do not oppose each other on this issue so angrily.  There is a similar specturm on Charismaticism vs cessationism.   These days I generally see a softening of these arguments however. It seems to me that MacArthur’s intervention may have its aim at stoking these fires.

I believe that whatever your view on the charismatic issue you should not be called a blasphemer and heretic.  Do you agree?

A reader has kindly pointed us to a previous sermon in which MacArthur expands on what he means by charismatics blaspheming the Holy Spirit:

“Mostly this comes in the professing church from Pentecostals and Charismatics who feel they have free license to abuse the Holy Spirit and even blaspheme His holy name. And they do it constantly.

From “The Modern Blasphemy of the Holy Spirit”

September 11, 2013
Does unbelief in a pastor's children disqualify him?
Next Post