A blood cancer tsunami hit me three years ago today

I wake this morning feeling very sober. But also very glad to be alive. Mixed motions for sure. You could even say that I was “sorrowful yet always rejoicing.” I hope you will humour me sharing a vide clip of the passage of Scripture that phrase comes from. Sometimes people accuse me of over sharing, if that is true then perhaps so did the Apostle Paul in this desperate yet somehow hopeful passage which resonates with my experience these past three year:

At almost the exact time I am writing this article three years ago I was attending a private hospital appointment with my wife having already been driven to an NHS hospital that morning for yet another IV antibiotic injection to try and treat the pneumonia that was stubbornly refusing to go away. Nobody at the local hospital seemed to understand that I was getting sicker not better and that my immune system was clearly severely compromised. I had been an inpatient or day hospital patient ever since I more or less collapsed on the 28th April 2017. It was something of a sliding doors moment as I stepped off the underground train and felt my legs give way. My life as I knew it came to an abrupt halt that day on the way home from an otherwise fairly normal day in the office. I previously told the story in the brief video clip below, and an article for Leukaemia Care. I also published one year in a journal charting my emotions and thoughts which I had been struggling with and learnt in that first year. I have learnt much more and I still am learning. Back in April 2017 a surreal trip to A and E somehow led to me being sent home, despite being confused and unable to walk, but with a pneumonia diagnosis and only oral antibiotics. I was admitted to hospital within a day or two, that part is quite hazy. On the 1st May 2017 I was told that I almost certainly had a slow growing (or chronic) form of blood cancer. That happened whilst I was lying in a hospital bed alone. A haematologist at the first hospital called me on the phone and told me that I must come see them urgently, but that I shouldn’t worry as it was ‘only’ a chronic Luekaemia! Nobody should get such news in such an impersonal way. The fact I am a doctor didn’t help at all since any knowledge I might have remembered at that point would have been 22 years old. It turns out Dr. Google is a bit more up to date but still rather behind the times. Better to turn to accurate sites run by charities such as Blood Cancer UK, but I didn’t know that at the time . . . read more Today the story continues on my brand new blog “Blood Cancer Uncensored. Don’t worry I am not going anywhere!

A blood cancer tsunami hit me three years ago today

My reflections on the first year of blood cancer

What is blood cancer? 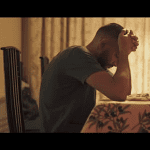 May 21, 2020 A Spiritual and Scientific journey - Dr Brian Koffman
Recent Comments
0 | Leave a Comment
"and of course, no mention that HEK293 was extracted while the fetus was still alive ..."
Boba Williams Are COVID-19 vaccines made from aborted ..."
"What does it mean to love our neighbor?Mankinds idea of love and God/Jesus idea of ..."
D.M.S. Jesus gospel of social justice
"When it comes to the elect in our Lord Christ Jesus.We can find the poor, ..."
D.M.S. Jesus gospel of social justice
"Good post. Thank you.Tom Well's book "A Price For A People" touches on this topic ..."
Rick Owen J. I. Packer on the Atonement
Browse Our Archives
Related posts from Adrian Warnock