Between Two Worlds: Welcome to the Circle of Sisterhood

Between Two Worlds: Welcome to the Circle of Sisterhood May 29, 2018 Brianne Raven Wolf

Wonderful things happened when I was invited for a social and spiritual circle weekend retreat with five of my Pagan sisters.

In my last article, I talked about having my gender reassignment surgery two weeks ago. Until that time, I was always a little uncomfortable being invited to women-only gatherings. That changed this weekend.

Why was I uncomfortable before, you might ask? Well, being a Pagan Transwoman, I always felt until that last part of my birth male appendage was removed, I was not like any of my sisters physically. Now I am.

When you’re at various crossroads in your life, lots of change happens. When I started to actively transition, about fourteen years ago, I knew it wouldn’t be easy. A lot of that’s emotional, not just physical. Fear and dysphoria are always there. especially around people who don’t know you as you really are. Some don’t even want to get to know people like me, and there are always people who don’t care.

Until I was active in the Pagan community, I always had to watch more of what I did. Where I went. With whom. What if somebody finds out what I am in women’s bathroom? Stuff like that. With my Pagan sisters, that doesn’t seem to matter, but still, I was uncomfortable. Until now.

This was the first weekend after my surgery that I was with female friends I had known for quite a while. A woman who was friends with the woman who hosted us. We had a great time. We chatted, helped prepare food for our meals, and really got to know each of us better. It helps when you’re in a beautiful house out in the country away from the hustle and bustle of city life where most of us live.

The most special time came when we gathered around a self-help altar for an evening Healing Ritual. I had been in larger mixed group circles before, but this had a wonderful feeling for me with just us women. Yes, just women! Including me. The energy was really good.

No matter who we are, we all have some issues we need to address and work through. I found that after surgery, I have an easier time than before. My emotional and physical selves are finally in the same place as my Spiritual self. Blessed Be!!!

Special thanks also to Starlight Witch, for her help in editing. 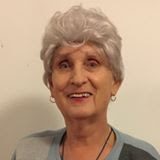 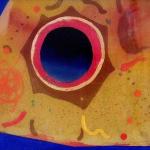 May 29, 2018
Tree City Witch: Homework For the New Moon Eclipse in Cancer
Next Post 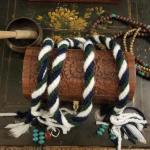 May 31, 2018 Salt City Pagan: Handfasting, Tying the Knot
Recent Comments
0 | Leave a Comment
Browse Our Archives
get the latest updates from
Agora
and the Patheos
Pagan
Channel
POPULAR AT PATHEOS Pagan
1