Eight months ago, I published a “Call for a Pagan Community Statement on the Environment” here on this blog.  I was going through the stages of environmental grief.  Actually, I think I had discovered a new stage: I call it the freak-the-hell-out-while-looking-wildly-around-and-yelling-“why-isn’t-everyone-else-freaking-out” stage.  What came of it, though, was amazing.  A large and diverse group of Pagans from all over the (mostly English-speaking) world got together and worked collaboratively over a period of 6 months to draft “A Pagan Community Statement on the Environment.”  After a period of public comment, during which the group made numerous responsive revisions, the statement was finally published on Earth Day 2015 at ecopagan.com.  We’ve collected over 1,800 signatures since then and you can still sign your name there.

Here are a few things I learned in the process:

Back in 2004, when responding to an open letter by the Bob Jones University president referring to “the agenda of paganism”, John Stewart of The Daily Show fame responded, “Dude, pagans don’t have an agenda. They’re pagans. Organizational skills, not their strong suit.”  I guess we’ve got a reputation.  I admit, I had my own doubts about the ability of Pagans to organize for something like this.  And I heard plenty of nay-saying along the way.  A previous attempt to create a Pagan Community Statement on Sexual Abuse (which I was not a part of) was not as successful, which was disappointing to me personally, and tempered by optimism a little about doing a Pagan Community Statement on the Environment.

What’s more, in the middle of our work on the environmental statement, the would-be American Counsel of Witches (ACOW15) announced its (re-)organization and was promptly shouted out of existence.  While I didn’t necessarily support ACOW15, I did applaud, in a general sense, the effort to get organized.  What the ACOW15 debacle did was to raise a lot of animosity among Pagans toward any (real or perceived) presumption to speak for others without their consent.  I worried about the effect this might have on our efforts on the environmental statement.  But we discussed this in the group and made specific changes to the statement which I think made it more clear that the statement only speaks for the signatories, but without falling prey to caveat ad infinitum.  While there will always be some Pagans who perceive any effort to organize others as an attack on their personal liberty, I was pleased that, in the end, the statement was received as it was intended: not as a declaration for all Pagans, but as an invitation to join your voice to those of the other Pagan signatories.

I’ve heard “herding cats” analogies more times than I care to count, but the fact is that we can organize.  We don’t need to all be of one mind or agreeing on every point in order to speak in harmony.  Just as we attune ourselves to nature and the cycles of the Earth, we can “attune” to one another, temporarily setting aside our egos and prioritizing our individual disagreements, when a collective voice is urgently needed, as it is now.  And “A Pagan Community Statement on the Environment” is proof of that.

The first thing I did when I thought we needed a Pagan environmental statement was to write a long blog post explaining why.  And the response was … crickets.  I probably have an above-average readership among Pagan bloggers, just by virtue of being hosted by Patheos, but virtually no one seemed interested.

The next thing I did, in a moment of either genius or grandiose delusion, was to send personal Facebook messages (PMs) to every Pagan I could think of and and emails to every Pagan organization that I thought might be interested.  And the response was awesome: a surprising number of people said they were interested in helping write the statement — in fact more than was feasible for such a group.  These were, for the most part, people I had never met, never spoken with, and only admired from afar.  The difference between the initial silence and the subsequent enthusiasm was dramatic, and I think it can only be explained by the personal nature of the invitations.  In this era of information overload, we are bombarded with appeals from all directions.  It seems to make a difference is if someone at least tries to connect with you personally.  Face-to-face contact would have been ideal, but infeasible in this case.  So personal Facebook messages turned out to be the way to go.

And while I am on the topic of Facebook, I have to say that I think Facebook is a necessary evil, especially for organizing people who are separated by continents and oceans.  Facebook is like that really annoying person who shows up to all of your group activities and does all the work, not quite the way you would like them to do, but since they’re the only one doing it, you feel like you shouldn’t complain.  There were a lot of problems with Facebook.  One of the biggest was that, right after we started to gather in the Facebook group, the Facebook name controversy broke out.  We had just decided as a group to set the privacy setting so that the public could see who was in the group, when Facebook started targeting people — from drag queens to Pagans — who they felt were not using their “authentic name” (whatever that means).  But in spite of its limitations, Facebook turned out to be necessary, mostly because it is the platform that most people are already familiar with.

3.  I have no idea what I’m doing … but I think that’s okay, because I’m doing something.

A little while ago, I saw myself described as an “activist” in an article about the environmental statement.  Honestly, that was the first time my name and the word “activist” appeared in print anywhere near each other, and it took me aback.  A year ago, I was want I would call a Self-centric Pagan, with self-centered tendencies.  By that I mean, I strove to connect to a deeper Self, but in reality, my Paganism was pretty ego-centered, not eco-centered.  Earth Day 2014 snuck up on me, passed me by, and left me feeling like a hypocrite for calling myself Pagan.  I was only vaguely aware of climate change as an issue.  I had never been to a protest march or rally, and my “environmentalism” was limited to recycling, composting, and gardening.  But sometime last summer, a shift started in me, and by the fall, I was in the throws of what I can only describe as a conversion experience.

So I had a lot of catching up to do, and still do.  And I feel it acutely whenever I gather with other activists — some of whom have been at it almost as long as I have been alive, or who are younger than me and but whose environmental chops make me feel like a poseur.  So in many ways, I was not the right person to be calling for a community statement on the environment.  On the other hand, if somebody like me can jump start a collective effort like this, then anybody can.  And that should be encouraging.  All it takes is the perception of a need and a willingness to take action to meet it. 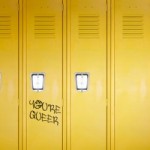 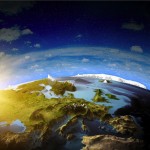 May 5, 2015 More than BNPs: Who has signed "A Pagan Community Statement on the Environment"?
Recent Comments
0 | Leave a Comment
Browse Our Archives
get the latest from
Pagan
Sign up for our newsletter
POPULAR AT PATHEOS Pagan
1

Summoning Hekate and Her Four Sovereign...
Keeping Her Keys
Related posts from The Allergic Pagan