This is the eighth in a series spotlighting some of the signatories to A Pagan Community Statement on the Environment from around the world. Today, we are sharing an interview with Vanth SpiritWalker, organizer of the Pagan Pride Day in Italy.

If you would like to be interviewed for the Global Eco-Paganism Series, contact me at allergicpagan [at] gmail [dot] com. And don’t forget to sign “A Pagan Community Statement on the Environment” at ecopagan.com.

I practice shamanism. I trained in core shamanism with the Foundation for Shamanic Studies and my practice has led me to research the path of the British Mysteries.

I was born in Rome, Italy, and I have lived here all my life, even though I am in the process of relocating in Umbria (still Italy…)

I have been practicing for about thirty years now

What is it like practicing your religion in your part of the world? Are there many others like you?

The community in Italy has boomed in the past twenty years: the fact that more books have been translated has opened access to these paths to more and more people. Making a correct estimate of the number of Pagans in Italy is extremely difficult, since there is no question in our census about religious affiliation. On top of this, as in many other parts of the world, many Pagans are not open about their religious path. In spite of this I think that the number of people practicing one of the many different Pagan paths can be estimated in the tens of thousands, judging by the demographics of a number of pages and websites I could check. 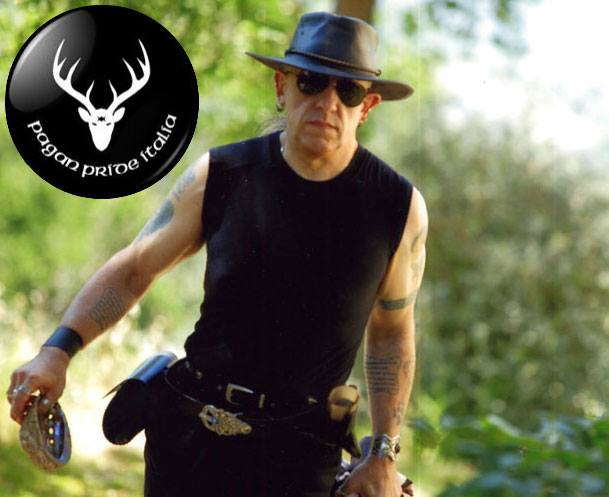 Do you interact with Pagans in religious community? What has been your experience in this regard?

I would definitely say so: I have been organizing the Italian Pagan Pride Day for the past fifteen years and the Monthly Roman Moot for the past ten. I have seen the community grow from being almost non-existent to its current size and I hope to see it grow for many years to come. As everywhere in the world, organizing Pagans is a bit like herding cats, so there are always ups and downs, internal tensions and moments of great communion. The Italian community is still very young compared to others, so sometimes we find ourselves facing struggles other countries have faced and overcome years ago. We will get over this issues eventually, as the others have done before us

Do you interact with Pagans online? How?

Definitely. I have contacts with the International Pagan Pride Project, for whom I am Regional Cohordinator for Europe; on top of this Pagan Pride Italia has a website and a Facebook page that has quite a number of followers. I am also on Twitter and there are other online activities I take part in

What is your religion of origin? What religion were you raised with?

Like most of the people in this country, I was raised as a Roman Catholic

I have always been someone who wanted to know what things are really about: for this reason I have been an avid reader since childhood and i soon found that the religion I had been raised into did not work for me, so when i was 10 I decided to set in search of something more appropriate. Living in a country (and in a city) with heaps of history all around I always had a keen interest in archeology, mythology and history so I felt the call of the ancient ways. Cut to the early nineties, when I was traveling quite a bit for work around the world, and at that time I came in contact with some wiccan groups in the USA and Britain and I realized I was not alone. I got initiated into a CelticFaerie Wicca Coven at that time, but my path continued. As I said I started traing with the Foundation for Shamanic Studies, which gave me the right tools for me to continue my search and practice, and here I am now, many years later, still searching and learning every day

The fact that it is based on my practice and experience, not on something that someone else told me and asked me to believe. I do not have faith in my Gods: I have experience of my Gods, which is something completely different

My practice consists mainly in journeying to what can be called the non ordinary reality (following FSS) or Annwn or the Otherworld, choose your pick. There I can receive education from my spiritual allies, but also healing or answers to questions I might have. I have ceremonies for the time of the year, for honoring the ancestors and so on and so forth.

The two things are not separated: I am what I am in every moment of the day.

Is your religious identity a secret? To what degree? Why?

No, actually I think I am the most open Pagan in the country. Having been an event organizer in the past fifteen years I have been in contact with newspapers, radios and tv channels all the time

The fact that it keeps me in contact with everything around me, whether I am in a city or in a wood I can feel the difference and the breath of all the different spirits of the place

Everything can be improved and everyone has their own recipe for the best way to do it: I would not want to sound as an old geezer here. I am confident that the changes I have seen in the past two decades will pale in comparison to those i still have to see

They are fundamental: everything that exists is alive and has a spirit and my practice is all about connecting and working together with the spirits of the different places, of the trees and the animals, of the rocks and the mountains.

Does environmentalism or other activism play a part in your religion? How so?

First of all, as we have said, I am an activist for the rights of Pagan citizens. Environmentalism is the other face of this, given that we are just one element of this world

How did you find out about “A Pagan Community Statement on the Environment”? And why did you choose to sign it?

I saw it when it was shared by a friend of mine, Andras Corban Arthen, and I checked it.  I agree with every part of it, I think it is a commitment we had to share.

What part(s) did you find most compelling? What would you have changed? What other concerns did you have, if any?

The most important bit, in my opinion, was the fact that it has been issued in public and that so many people decided to sign it: it is fundamental not only in being a key statement for the environment, but also in being a statement that shows how the Pagan community exists and is a driving force for changing this world for better. The main problem you face when fighting for civil rights is getting social recognition: only when you get the latter you manage to win the former. This statement has been a very important fact for the Pagan community, and I hope that many more people will sign it and that it will become even more widely known. 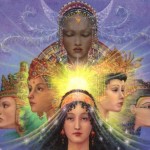 August 21, 2015
"Pantheism, Archetype, and Deities in Ritual" by Shauna Aura Knight
Next Post 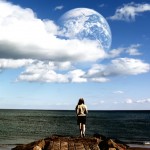 August 23, 2015 If It Doesn't Help Me Save This World, I Don't Want Your Polytheist Revolution
Recent Comments
0 | Leave a Comment
"Ironically, the pagans have stumbled upon evidence that there will be an Armageddon exactly when ..."
The Penitent Man Shall Pass Call for a Pagan Community Statement ..."
"John H.Halstead...Someone wrote or said. Be the change you want to see in the world. ..."
Toni Stamps 13 Things You Don’t Need to ..."
""petty and defensive"?: "Are you foolish enough to think christianity is the elder?""
John H Halstead 13 Things You Don’t Need to ..."
"Attack? This isn't my faith :)Is it yours? You come accross more christian....petty and defensive."
Toni Stamps 13 Things You Don’t Need to ..."
Browse Our Archives
get the latest from
Pagan
Sign up for our newsletter
POPULAR AT PATHEOS Pagan
1