Join the Buddhists Supporting the Rohingya of Burma

It can be difficult to keep up on the news coming out of Burma (Myanmar). Like the situation in Syria, the length and scale of the human disaster can become too large to fathom. In such cases, it can be easy to feel helpless. And, as the Zen teacher Brad Warner rightly noted recently, not every Buddhist has to speak out – about this or any particular issue.

However, as with all moral crises, there will be those who feel called to act, in however small a way possible.

Last fall I joined Ven. Bhikkhu Bodhi, Jack Kornfield, Yongey Mingyur Rinpoche, Pema Chödrön, Joseph Goldstein, and about two hundred others strongly urging Burma’s Buddhist leaders to take action in whatever ways they can. For many years, many of them, like me, have felt the need to speak out and write about the crisis.

And that will no doubt continue until there is peace.

Here are a few easy steps you can take today:

1: Sit & Learn a bit about the recent history of Burma to get a sense of how we got here. For a recent history of religion and politics there, you can see an article I wrote compiling various sources for the Buddhism Controversy blog last fall: Revisiting the Crisis in Burma and Buddhism’s Role in It. In 2013 I compiled bits of research in two posts, “Burma, Imperialism, and the Buddhist-Muslim violence” and “Ethnicity, Ideologies, and the unraveling of modern Burma.” Both of these point to wider issues in Burma (the problem there isn’t just Buddhist-Muslim violence) and the complex history which has brought us to where we are today. Also, come to terms with the fact that Buddhism isn’t inherently peaceful, as discussed in this article from last month in Lion’s Roar: “How will I Explain Extremist Buddhism to my Children?”

2: See for yourself what’s happening there. The British newspaper, The Guardian, visited last year and put together an excellent and informative video. Around the same time I wrote on some of the urgent appeals being made by Muslims escaping violence in Burma and the media on the ground here. In November 2017, Cornell University hosted a panel discussion on the crisis called, “The Roots of the Rohingya Crisis: The Eradication of a Myanmar Ethnic Group.”

3: Breathe, and remember, it’s not all doom and gloom. While there is a lot to be upset about and work to be done to help those who are acutely suffering, it is also worth seeing the immense beauty of Burma and its Buddhism. Here is a post discussing “Women in Pink” the nuns of Burma/Myanmar.

In 2015, an American Buddhist monk living in Burma invited local Muslims to his temple in an attempt to work directly to bridge divides between communities there: “Some wish for peace, I make it happen.” The story is important for helping us remember that many Buddhists and Muslims in the country are working hard to find solutions on the ground, person-to-person. Perhaps you can do likewise by raising the idea of forming an interfaith group in your sangha, or joining one if it already exists, and making contact or strengthening ties with area Muslim groups around you.

Also in 2015 I was invited to an interfaith Ramadan discussion and again addressed the question at the time: Is Myanmar approaching genocide? The answer then, as now, is fraught with connotations. But what remains clear, then and now, is that horrible abuses of humanity have taken place and continue to. And yet again, there are those on the ground and around the world who are actively working to bring about solutions.

In 2011 I had the privilege of visiting Myanmar for two weeks. It was just after Aung San Suu Kyi was released from prison, the Arab Spring had begun, and cautious optimism was in the air. What I saw there made me both both profoundly joyful and relatively pessimistic about their future.

4: Support folks who are working to bring peace and help those most affected by the current violence. Last fall a group of young Burmese American Buddhists got together and formed Saddha: Buddhist for Peace, creating the wonderful video discussed here. Visit and ‘like’ their facebook page for regular updates so you can stay informed and so that you can help spread the word to others. You can also support UNHCR (the United Nations High Commissioner for Refugees) which is on the ground in Bangladesh:

You can also support independent coverage of Buddhism here by joining a community of fellow learners/practitioners at Patreon.
‘Like’ American Buddhist Perspectives on facebook.

“These sisters escaped slaughter in Myanmar. Then they had to find each other.” It’s really difficult for Rohingya Muslim refugees to reunite with their families. (Vox, Jan 23, 2018)

Myanmar’s Case Against Two Reuters Reporters Is a War on the Truth (TIME, Jan 23, 2018) 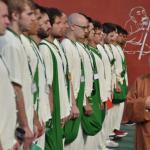 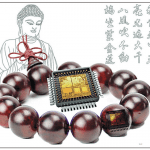 February 8, 2018 Buddhist "Smart" prayer beads to be introduced by computer firm Acer
Recent Comments
0 | Leave a Comment
Browse Our Archives
get the latest from
American Buddhist Perspectives
Sign up for our newsletter
POPULAR AT PATHEOS Buddhist
1