What’s So “Progressive” About Me? 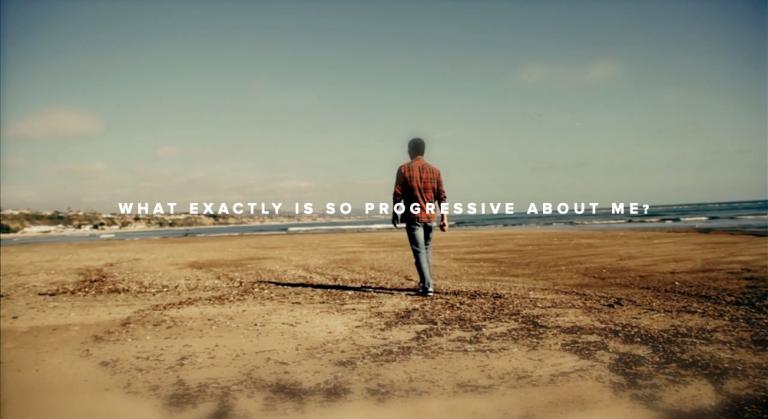 What’s So “Progressive” About Me?

When I meet up with folk that have maybe followed me for a while online or, have been loosely acquainted with me “in real life” (IRL) what surprises them the most is that after an hour or so of getting to know me they find that I’m not as “progressive” or “liberal” as they once thought of me.

And, it’s honestly gotten me thinking… What even makes me so “liberal”?

The assumptions are understandable, from my perspective; in that, I am writing on a channel that’s literally named, “The Progressive Christian channel”. And, similar to most other labels any given person takes on, willfully or not, there are emotions, baggage, and/or definitions people automatically attach to these words or labels.

Which is why it’s so tough to “pin me down” as anything; so, when people ask me am I “a republican or a democrat?” I usually respond, to their disliking, “It depends. Tell me the issue and, we can have a discussion.”

Sadly, what I’ve found is that so many people within our “culture of outrage” are unwilling to converse. Which is fine. Truly. As sometimes we’re not in a season in which we have the energy or time; other times, we’re wounded, scared, or have past traumas from the accumulation of continued “dialoguing” go wrong.

Regardless, I wanted to take the time to clarify where I land, currently, on these topics…

I Believe the Bible is More Nuanced than Just “Biblical Inerrancy”… 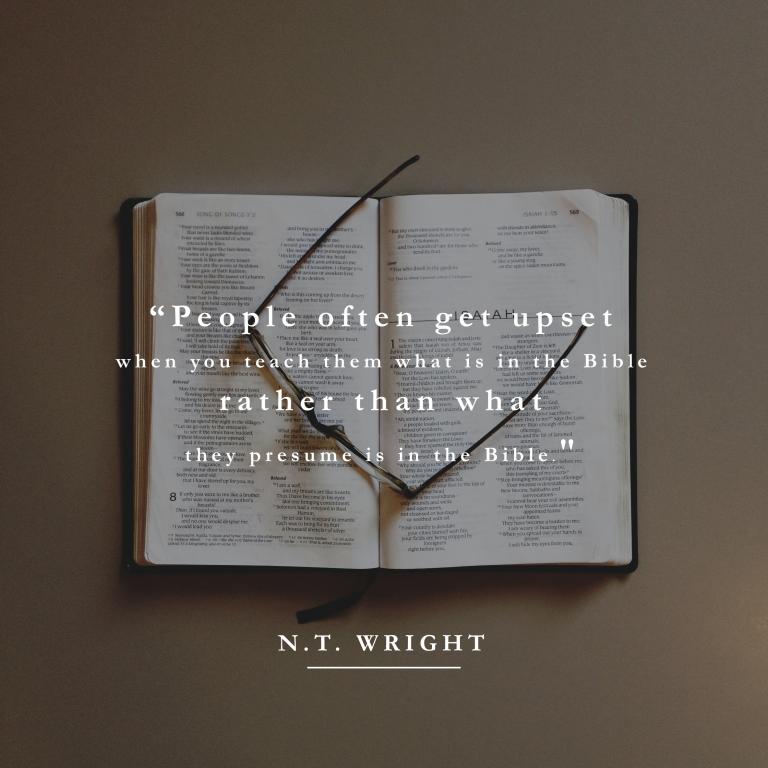 But, how “liberal” is that really? As most “orthodox” Christians today don’t believe the Bible to be inerrant while neither do they take it to be 100% literal and/or devoid of mistakes.

But really, what is orthodoxy anymore and, while this broader topic would be for another post, it should be noted that orthodoxy and fundamentalism are not one and the same, at least, within “Christendom.”

I mean, for a while, one of the primary mentors in my life was an atheist (btw, send him some love and check out his podcast!). Now, to be clear, I still believe that Jesus is, was, and will always be God. It’s just that, I understand how insane this is, sounds and comes across.

So, maybe it could be said that I just understand how illogical it is to believe that this dude (Jesus) was born of a virgin, lived a perfect life, defeated death and then rose from the grave only to then float up to heaven… is then, someday, going to return on a white horse, with a sword in his mouth; finally bringing heaven here to this very earth…

Again, shouldn’t it be the other way around in that, those who do not understand or acknowledge the sheer inanity of this are in possession of “faith” so much as they are “willful ignorance”? (not trying to sound harsh here; just asking… is the unexamined faith worth living?)

I get it. Calling it ‘bizarre’ is a bit of an understatement.

But is that not part of what “faith” is?

(Here’s what I wrote on this a three years back in regard to “Why I Still Believe in God“.)

It’s weird, I know… while at the same time it can be oddly polarizing to have faith in God while admitting not just the struggle in doubting but, the struggle in simply empathizing with atheists and/or agnostics alike…

I support the “social gospel”…

Otherwise known as just “The Gospel.”

I support compassion, empathy, and the lived out practice of these. I wrote more on this here but, again, I just struggle in understanding why helping the poor has been labeled as “liberal”. 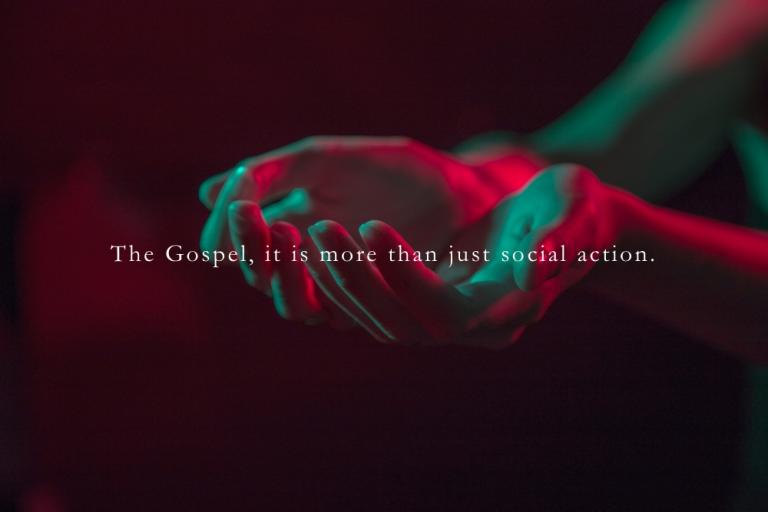 Honestly, I can’t wait for the day in which we stop calling things such as “welfare,” Universal Basic Income, or any other form of help as “liberal” – the gospel is inseparable from loving others.

I dig much of what Liberation Theology has to say…

“Liberation Theology: a movement in Christian theology, developed mainly by Latin American Roman Catholics, that emphasizes liberation from social, political, and economic oppression as an anticipation of ultimate salvation [1].”

While every form of systematic theology has it’s faults, holes and much-needed critiques – I’m unsure if we can separate liberation from any form of theology; what I mean by this is that, if you take out “liberation” of the downtrodden (i.e. the poor and the powerless) then you probably don’t have the gospel.

I believe women can also be ministers, preach, pastors and/or small group leaders… 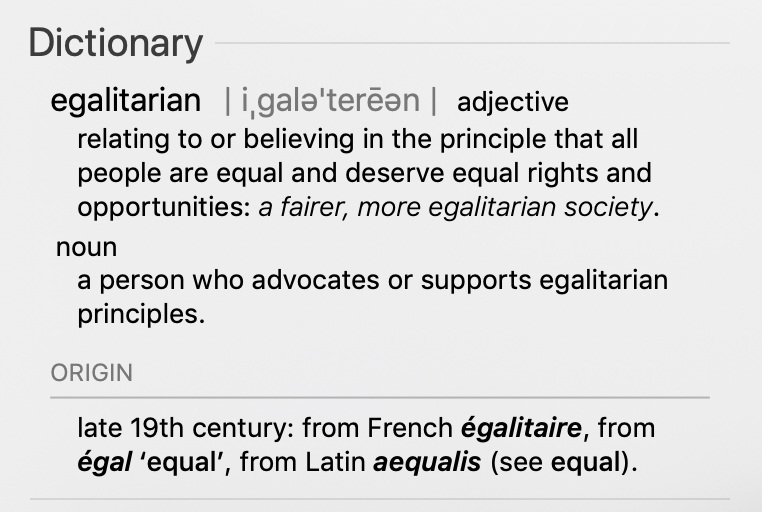 I believe the word is “egalitarian.”

Which, kind of points me towards the point I’m trying to make here but, there’s no “box” any of us as individuals will fit perfectly into; similar to fingerprints, we’re all uniquely different.

Yet, many times, at least these days, we don’t see it as “unique” so much as we see it as a reason to further divide…

Again, I say this understanding that a vast majority of most all of us would make this claim and, of course, we have our own unconscious bias’ but, maybe what makes me liberal in this sense is that I will ruthlessly attempt to dig into my bias’ and “resist” bigotry as I believe God wants us to treat all of humanity equally and equitably.

To truly be anti-bigoted one has to ruthlessly be self-aware; while taking on the ability to then painstakingly edit and then re-edit your life, perspective, and, of course, your overall set of beliefs…

Other than that, I’m honestly pretty moderate. Like, I’m not going to fight someone for believing otherwise — there’s no real agenda behind my believing in Jesus other than wanting to help people (including myself).

Over the last few years of my life, there have been just a handful of quotes that haven’t just stood out to me but, I haven’t been able to forget. One of them was from a guest post regarding division by JENÉE DESMOND-HARRIS:

“Michael Brown’s death didn’t cause a divide between you and the people in your social networks. It simply revealed one. Use the information you’re getting to decide which relationships you value.”

Maybe this list isn’t about “what makes me so progressive” so much as it’s about what makes you and I not-so-different. 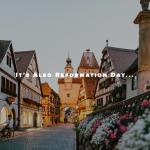 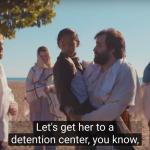 November 5, 2018 Hypothetically Speaking: If Jesus Was a Republican…
Recent Comments
0 | Leave a Comment
"Manipulation and persuasion are not quite the same. Sadly, the first is probably easier and ..."
K Curtis Is Manipulative Worship Okay?
"Pretty nonsensical hermeneutic, since "the Bible" - in the form in your hands in 2021 ..."
KraigDeKompressorKruncha Five Things You Should Know Before ..."
"But if slavery is wrong now, it was wrong in 1776. Or did it transition, ..."
josephPa Redefining the Fourth of July
"Well it's been four years since this blog last appeared. So I checked but I ..."
Bob Shiloh Progressive is the New Evangelical
Browse Our Archives
get the latest updates from
Andy Gill
and the Patheos
Progressive Christian
Channel
POPULAR AT PATHEOS Progressive Christian
1

A Virtual Church is No Substitute for an...
In a recent article in The Wall Street Journal, Paul Glader and...
view all Progressive Christian blogs
What Are Your Thoughts?leave a comment
Copyright 2008-2021, Patheos. All rights reserved.