What Does Democracy Require of Us?

What Does Democracy Require of Us? October 24, 2012 John Fea

On March 4, 1865, Abraham Lincoln stood before the crowd at the United States capitol building to deliver his second inaugural address.  Lincoln was addressing a nation nearing the conclusion of a long and bloody Civil War that took 600,000 lives.  The speech was far from triumphant.  It was a meditation on one of the most tragic moments in American history.  It would have been easy for Lincoln to cast scorn and punishment down upon the defeated Confederacy.   This, after all, is what the religious leaders of the day had been doing since the outbreak of war in 1861.  Northern ministers believed that the inevitable Union victory was confirmation that God was indeed on the side of the North.

But Lincoln wasn’t so sure.  After all, both sides in this conflict read the same Bible and prayed to the same God.  “The prayers of both could not be answered; that of neither has been answered fully.  The Almighty has his own purposes.”  Lincoln would not settle for easy theological answers.  He appealed instead to the mystery of God.  And he made sure that no one in the North would use the Civil War to bring further division to the country he loved.  Lincoln knew that there were politicians in his own political party who were ready to exploit this tragedy for political gain.  These “Radical Republicans” were prepared to humiliate southerners by making it very difficult for them to return to the Union.  With this in mind, Lincoln urged the nation to approach the post-war settlement “with malice toward none, with charity for all.”  All Americans, Lincoln suggested, were to blame for this ugly war.  The hands of both the North and the South had been dirtied by slavery.  It was now time for national repentance.  Lincoln implied that his northern politician friends should be careful to take the plank out of their own eye before they passed Reconstruction legislation to remove the speck from the collective eye of the former Confederacy.  Citing Matthew 7:1, he was careful to remind the American people to be cautious about judging the South: “but let us judge not that we be judged.”

Not only was Lincoln charged with the responsibility of bringing the South back into the Union in the wake of the Civil War, but he was also faced with the task of restoring, and then preserving, American democracy amidst the culture war—between North and South, Republicans and Democrats—that was on the horizon.  He asked the nation to work together in an act of reconciliation to “bind up the nation’s wounds; to care for him who shall have borne the battle, and for his widow, and his orphan.”  Anger and vengeance would do little to promote the kind of civil society necessary for democracy to flourish once again in the United States.  Lincoln would not be alive to see the disastrous culture war that historians refer to as “Reconstruction.”  To the detriment of the nation, few political leaders took Lincoln’s advice.  It is only in hindsight that we celebrate his famous words.

There is a lot that was different about the country that Abraham Lincoln addressed the first week of March, 1865 and the country that we live in today.  But there are also a lot of similarities.  Lincoln knew that our democratic culture would not be sustained by the kind of political and cultural vitriol that he was witnessing in the wake of the Civil War.  As we celebrate the 150th anniversary of this tragic event in the American past, democracy is no longer being threatened by secession, slavery, or a bloody Civil War, but it is being threatened by our failure to resolve our differences in a civil fashion, work for the common good, and develop the kinds of social virtues necessary for our republic to continue to function.   We have failed to live up to the democratic values that we supposedly hold so dear.

Lincoln was calling us to our better angels.  He knew that in order for a democracy to thrive—even flourish—citizens needed to learn how to live together with their differences.  Today, sociologists, cultural critics, and public intellectuals call the kind of society Lincoln talked about in his Second Inaugural Address a civil society.  A civil society is a society in which citizens foster a sense of community amid their differences.  Such a society, as writer Don Eberly describes it, “draws Americans together at a time of social isolation and fragmentation.”   A successful democracy rests on our ability to forge these kinds of connections and behave in a civil manner toward each other.

A democracy needs citizens, individuals who understand that their own pursuits of happiness must operate in tension with obligations and responsibilities to a larger community.  Citizens realize that their own success, fate, and ability to flourish as human beings are bound up with the lives of others.  Such a commitment to the common good requires citizens who are able to respect, as fellow human beings and members of the same community, those with whom they might disagree on some of life’s most important issues.  It requires empathy, or the willingness to imaginatively walk in the shoes of our neighbor.  As Mary Ann Glendon puts it, “A democratic republic needs an adequate supply of citizens who are skilled in the arts of deliberation, compromise, consensus-building, and reason-giving.”

The sixteenth-century writer Montaigne once said that “every man calls evil what he does not understand.”  Our everyday lives will always be filled with disagreements and misunderstandings, but a democratic society will only survive if we are able to live civilly with them.  We are correct to believe that in the United States we have a “right” to our opinions and beliefs, but there are also times when we must rise above private interests and temporarily sacrifice our rights for the great good of the larger community.  Such a view of the common good, which the late Pope John Paul II called “solidarity,” requires that we see others, even those who we may believe are “evil,” as neighbors and a “sharer on par with ourselves in the banquet of life to which all are equally invited by God.”  Parker Palmer put an alternative spin on Montaigne’s quote when he said: “the more you know about another person’s story, the less possible it is to see that person as your enemy.”

Because we all have our own views and opinions, civil society requires conversation.  We may never come to an agreement upon what constitutes the “common good,” but we can all commit ourselves to sustaining democracy by talking to and engaging with one another.   As Palmer puts it, “Democracy gives us the right to disagree and is designed to use the energy of creative conflict to drive positive social change.  Partisanship is not a problem.  Demonizing the other side is.”  The inner working of this kind of democracy is described best by the late historian and cultural critic Christopher Lasch in his book The Revolt of the Elites and the Betrayal of Democracy.  His description of the mechanics of democratic conversation is worth citing in full:

The attempt to bring others around to our point of view carries the risk, of course, that we may adopt their point of view instead.  We have to enter imaginatively into our opponent’s arguments, if only for the purpose of refuting them, and we may end up being persuaded by those we sought to persuade.  Argument is risky and unpredictable, therefore educational.  Most of us tend to think of it…as a clash of rival dogmas, a shouting match in which neither side gives any ground.  But arguments are not won by shouting down opponents.  They are won by changing opponents’ minds—something that can only happen if we give opposing arguments a respectful hearing and still persuade their advocates that there is something wrong with those arguments.  In the course of this activity we may well decide that there is something wrong with our own.

Doesn’t a flourishing democracy require this kind of conversation?

October 23, 2012
Should a Candidate's Faith Matter to Paleo Evangelicals?
Next Post

October 25, 2012 Mormons Are (Different) Christians, Not Cultists
Recent Comments
7 Comments | Leave a Comment
"Intriguing. I didn't know that Walter Rauschenbusch was a prohibitionist! Odd, since his book,Christianity and ..."
Daniel Wilcox “Everything You Know about Prohibition Is ..."
"My mother was a Baptist preacher's daughter, born in 1935. She used to "play church," ..."
Jon Altman What I Learned from Designing Women ..."
""Bernice reminds Reverend Nunn that for every time Paul seems to silence women, Paul elsewhere ..."
Rick What I Learned from Designing Women ..."
"We (the Lutheran World Federation) condemn Luther's antisemitism and have asked forgiveness from the world's ..."
Harvey James Johnson What Is a Heretic?
Browse Our Archives
get the latest updates from
Anxious Bench
and the Patheos
Evangelical
Channel
POPULAR AT PATHEOS Evangelical
1

Evangelical
A Day to Vote for Democracy
Anxious Bench 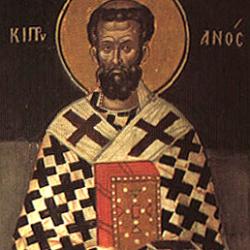 Evangelical
A Lenten meditation on the death of Rush...
Anxious Bench
TRENDING AT PATHEOS Evangelical