Churches and their leaders  generally don’t take kindly to outside scrutiny, but that scrutiny is something that all institutions sorely need.

The “Mormon moment” brought forth a deluge (see this compilation) of articles, op-eds, and blog posts about the Church of Jesus Christ of Latter-day Saints, ranging from the scholarly to the uninformed and from the curious to the mean-spirited.

Many members of the LDS Church have expressed a sense of relief that the moment has ended. Their reasons are various: that Mitt Romney will no longer be the most visible member of the church, that the academic field of Mormon Studies can progress without the pressure of contemporary relevance, and that outsiders will no longer have a public outlet for their anti-Mormon disdain.

[On a personal level, I’m very grateful to Mitt Romney for helping generate the Mormon moment. It was undoubtedly helpful to me professionally. Greedily, I was hoping that Romney could help turn it into a Mormon decade. If only he had been able to come up with the right gifts to offer the 53% of Americans who were his electoral ceiling.]

It occurs to me that LDS church leaders must find various aspects of the recent media scrutiny intensely annoying. Church members submit the names of Holocaust survivors, and a torrent of public criticism ensues. Outsiders (and a good number of insiders) call on the church to repudiate the priesthood ban, encourage church members to treat gays and lesbians with greater respect, and more fully reckon with the less pleasant aspects of its history. Bloggers post videos of the church’s endowment ceremony, trampling on something that church members regard as sacred.

Even post-Mitt, the LDS Church will continue to attract more than its share of public fascination and investigation. After all, the Mormon moment has really been — with peaks and valleys — going on since around 1830. Exposés of Mormonism (from John C. Bennett to Fanny Stenhouse to Ann Eliza Young) sold very well in the nineteenth century, and anti-Mormon novels (from  Maria Ward to Sherlock Holmes) took their place alongside Catholic literature. Still, things will subside from the past five years. There won’t usually be Broadway hits and presidential candidates.

Most religious groups and leaders like to be left alone. And why not? All institutions have their messy histories, their internal conflicts, and their shortcomings, and it seems unfair when journalists, scholars, and bloggers begin complaining about the specks in the eyes of others instead of troubling themselves with the planks in their own.

Public light, however, has great potential to promote positive change. In the Mormon case, public pressure has played some role in the church’s tightening of procedures with regard to proxy baptism, seems to have discouraged the church from further overt political opposition to same-sex marriage, and has led to vigorous denunciations of racism. By no means does the LDS Church quickly buckle to outside pressure (it’s not a church that tends to change anything quickly), but church leaders have become much more savvy in the realms of public relations and in their responses to public criticism.

While often unpleasant, I contend that this dynamic is usually good for churches. Catholic leaders surely did not appreciate the public outcry over sexual abuse cases, and that outcry led to a very real cost in terms of money and morale. Nevertheless, thank goodness for the hope that those scandals will lead to fewer instances of sexual abuse going forward. If only all American institutions — religious and otherwise — would learn to be vigilant against that evil.

Evangelicals have been rather out of the spotlight in recent years. In a more general sense, the entrepreneurial structure of American evangelicalism (in particular nondenominational churches and parachurch ministries) creates a situation in which many individual churches and leaders face relatively little oversight.  In the 1980s, the string of financial and sexual scandals involving televangelists caused many ministries to take precautionary measures. My sense is that the freewheeling aspect of the evangelical world creates a glaring lack of oversight and accountability. Perhaps we can begin a new “evangelical moment” in a few years.

November 14, 2012
Preaching Bonhoeffer and the Uses of the Past
Next Post

November 16, 2012 THE NEW POLITICS OF MORALITY
Recent Comments
10 Comments | Leave a Comment
"Horsesh*t. Individual Christians have agency. They can choose what they want their religion to be. ..."
swbarnes2 What We Can Learn from Pastors ..."
"This is incredibly encouraging! And in Boston of all places. Praise God!"
Anthony Costello The 2020 Census, Immigration, and the ..."
"One way to look at lynching is to keep blacks under control. Lynching photos were ..."
Timothy Weston What We Can Learn from Pastors ..."
"A good friend is active in Calvary Chapel. I've got no skin in the game ..."
Karen Silver Who Is an Evangelical?
Browse Our Archives
get the latest updates from
Anxious Bench
and the Patheos
Evangelical
Channel
POPULAR AT PATHEOS Evangelical
1 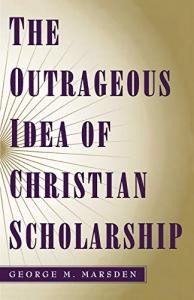