Ephraim Radner, in his A Brutal Unity: The Spiritual Politics of the Christian Church, reminds us that it should also make our hearts sag. The division of the Christian Church mutes its voice and renders impotent its opposition to the evils surrounding it. Radner frames his discussion around eristology rather than schismatology or heresiology. That in and of itself is enormously helpful. Eris is the Greek goddess of discord and strife.

How could American Protestants do anything but greet denominationalism with a shrug? It’s our reality, and we might even believe that denominationalism creates a competitive religious marketplace in which a multiplicity of Christian churches reaches more people with the Gospel than would otherwise be the case. The problem isn’t just that there are different churches, though division in and of itself reflects the divine between human beings and the oneness, the divine unity, of God. (Radner examines the actual consequences of disunity — see his chapter “Division is Murder”).

Moreover, Christians typically are not just divided, but are also hostile toward one another. Consider my own Presbyterians. I a member of the Presbyterian Church (U.S.A.). I am used to denominational discord over the issue of homosexuality. It’s been underway for decades (the issue of homosexuality came to the fore shortly after different groups of Presbyterians both united and fractured over the issue of ordaining women as ministers). As a student at Louisville Presbyterian Theological Seminary, I attended a PCUSA General Assembly back in the early 2000s. Presbyterians (well, at least one faction of the church) dearly wanted to take stands against injustice in the world and passed resolutions pertaining to everything from drilling for oil in Alaska to violence in Columbia. It was hard for me to regard such resolutions as anything but a waste of time. Why would the U.S. government (let along foreign governments) listen to a dwindling and fractured denomination?

After that General Assembly, I largely stopped following denominational politics. Why not concentrate on one’s thriving local congregation and ignore the depressing state of affairs at the denominational level? That worked pretty well until 2011. Then, after presbyteries approved a General Assembly resolution that removed obstacles to the ordination of gays and lesbians, my local church fractured. The session asked the membership to vote on whether or not to remain within the denomination. By a significant margin, members voted to remain. About 35% or so voted to leave the denomination, and they left the denomination by leaving my local church. Soon, the pews were half-empty. There were a handful of kids each week for the children’s story instead of a large group. Certainly American Christians place far too much emphasis upon numbers and growth, but rapid shrinkage and the disappearance of friends and stalwart members is terribly depressing. Thankfully, by the time we moved out of state the congregation seemed to be emerging from the doom-and-gloom phase. Presbyterian congregations across the country have been enduring similar tragedies in recent years, as churches vote to leave the denomination and presbyteries battle with congregations over the control of property.

Radner notes that for Plato, the “eristic” was “the skill simply for winning arguments, quite apart from belief or perhaps even truth.”  Certainly, there have been factions within the Presbyterian Church (U.S.A.) who have been primarily concerned with winning the struggles over human sexuality, with pragmatic strategies and vote-counting. At the same time, I know that people of good will on both sides have recognized the danger of Eris and have sought common Christian ground, dialogue, and unity. At times of rancor, Presbyterians love to sing “The Church’s One Foundation is Jesus Christ Her Lord.” Still, too many liberals and evangelicals fall into the mindset of the 1920s, when fundamentalists like J. Gresham Machen concluded that liberal Protestant or modernism was something other than Christianity and modernists like Harry Emerson Fosdick largely reached the same conclusion about fundamentalism. One reason that Christian unity is so difficult is that it’s easy to rationalize discord with apostates and heretics. Any attempt at unity must begin with a rather capacious definition of Christianity.

I haven’t attempted to summarize the complex arguments presented by Ephraim Radner in A Brutal Unity (his connection between Christian (dis)unity and the rise of the liberal, western state is a particularly important contribution). The book is not an easy or quick read, but the questions are of obvious importance, however much American Protestants might wish to ignore them: “the forgotten division — which multiplies into manifold divisions — is not for the sake of healing but for the sake of ongoing conflict, for the sake of remaining separate and allowing such separation to be unquestioned, to stand for the whole.” For those who respond to any discussion with either a shrug or a very realistic response that nothing will ever change (probably true, because even institutional unity usually comes with a full measure of factionalism and actual disunity), this sentence suggests the depth of Radner’s insight: “Ecclesiological eristology ought to be aimed, instead, at grasping the way in which the Church qua Church is ordered by God such that her hostility — her internal violence — can reveal the truths of God’s own being and acts: the one God, the Church of whose Son is one in adoring expression of his life and nature.”

This post is part of the Patheos Book Club conversation about Ephraim Radner’s A Brutal Unity: The Spiritual Politics of the Christian Church.

December 19, 2012
Have a Counter-Cultural Christmas This Year
Next Post

December 21, 2012 REMEMBER SEVERINUS
Recent Comments
10 Comments | Leave a Comment
"That's correct in itself, but hardly applies to the Dutch denomination Kuyper was part and ..."
MNb Josh Hawley, Betsy DeVos, and Abraham ..."
"My "epiphany" happened back in 2016. My preferred candidate, Lyin' Ted Cruz, had lost out ..."
NorrinRadd Will This Week Bring an Epiphany ..."
"Spoken like a true "then you ain't black" Bidenista."
NorrinRadd Will This Week Bring an Epiphany ..."
"Someone who lived in 1898 had plenty of available critiques of racism from Christian communities."
Jon Altman Josh Hawley, Betsy DeVos, and Abraham ..."
Browse Our Archives
get the latest from
Anxious Bench
Sign up for our newsletter
POPULAR AT PATHEOS Evangelical
1 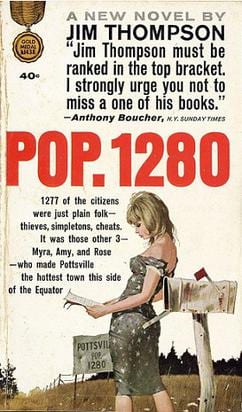 Evangelical
Why Pop. 1280 is an American Religious Classic
Anxious Bench